“It shouldn’t be easy. It should be uncomfortable,” he said. “From those who are 6 years of age to 60 years of age, you learn more from discomfort than comfort. The learning process is so much richer.

Teachers, likewise, often can’t ignore what’s in the news and what students want to talk about in the classroom.

“Teachers are tasked with talking about diversity without division and in the context of events when they happened,” said Wagner, who has been the history teacher at Carlisle High School for 25 years. “We try to teach without labels or shaming people based on what group they’ve been born into, because they can’t help that. Understanding other people is critical to being understood yourself.”

The way teachers aim to help students understand that is at the heart of a larger national debate regarding diversity and inclusion in public schools.

“Critical race theory” is a term that local teachers say has been largely misconstrued in the current arguments regarding race in the classroom.

Wagner, who belongs to the Pennsylvania Teachers Advisory Committee, said he looked into CRT as the issue gained more attention locally and nationally. The term is strictly a theory and form of critical analysis of law and graduate studies introduced more than 40 years ago, he said.

“It’s a concept, not something you teach to students,” he said. “It was meant for graduate level work.”

Even on that graduate level, before this year, CRT had not been on the radar of Matthew Pinsker, Dickinson College professor of history and director of the House Divided Project, which provides learning material to K-12 students.

“It’s just a political debate that has nothing to do with” public education, he said. “It’s barely had any impact on college classes. It’s not a threat in middle school or high school classes.”

“They’re struggling to teach the facts, they don’t have time to push an agenda,” he said. “If they tried to indoctrinate kids with this, the kids’ll laugh at them or ignore them.”

For some, CRT mostly seems like an umbrella term that covers a much wider scope of issues.

“The term has been co-opted in a politically motivated effort to push an issue that’s created a lot of confusion as to what critical race theory is and what anti-racism is. The terms are conflated with each other,” said Chris Lilienthal, assistant director of communications for the Pennsylvania State Education Association. “No teachers at the elementary, middle school or high school level are teaching critical race theory, but they are teaching students a diverse and inclusive curriculum.”

Lilienthal said their teachers believe it’s important to address topics that may not be easy to hear.

Though local school board discussions on CRT have been rare or brief due to more recent masking issues taking the forefront, residents have been far more vocal in South Middleton School District regarding what they felt were diversity and inclusivity initiatives that were not approved by parents.

In those board meetings over this past summer, parents brought forth concerns regarding a new form of indoctrinated segregation where white students are meant to feel ashamed for moments of history, and that efforts with inclusivity skewed in one direction, failing to provide information on some perspectives, such as anti-abortion.

Like the larger, national discussion, South Middleton Superintendent Jim Estep said the concerns stemmed initially from a misunderstanding before branching out. Estep, who was only recently hired to the superintendent position, said the diversity initiative (Justice, Equity, Diversity and Inclusion) was meant for internal use with staff and not meant for any curriculum changes. A teacher’s own changes to a list of required reading was then “lumped in” the discussion, though it hadn’t been part of the JEDI initiative.

“South Middleton School District has been aligning with and teaching toward the Pennsylvania academic standards as (directed) in the Pennsylvania state code,” Estep said. “That aligning is ongoing as part of the curriculum development cycle.”

Regardless of how the concerns came about, South Middleton is moving ahead with a steering committee to better address diversity and inclusivity efforts with the school community.

“For myself, we’ll continue to be as transparent as we can,” Estep said, adding that curriculum meetings are open to the public. “Will topics cover racism and identity? I’m sure that we will have those discussions with parents, and it will be an open discussion, and while I’m here, it will be an adult discussion.”

Transparency is the key term used for one of two House bills that address concerns brought up in inclusivity discussions.

House Bill 1332, sponsored by Rep. Andrew Lewis, R-Dauphin, is steadily making it through the Pennsylvania Legislature.

The bill would amend the Public School Code to require schools to post all offered curriculum on a publicly accessible website with information updated each time the school introduces new or revised curriculum.

Lewis said his legislation, which he introduced in May, was prompted by reports from parents who did not know what their child was learning until after they reviewed the homework.

Lewis is the prime sponsor of the bill, but there are a number of local co-sponsors, including Rep. Rob Kauffman, R-Franklin; Rep. Greg Rothman, R-Hampden; Rep. Dawn Keefer, R-Dillsburg; and Rep. Torren Ecker, R-South Middleton.

Your membership makes our reporting possible.

Not all school district websites offer such information online, though new courses and new curriculum are voted on during public school board meetings.

The bill was approved along party lines by the Education Committee last week, and on Wednesday, the House voted 110-89 to pass the bill, with three Republicans and all present Democrats voting against it.

A more direct piece of legislation from CRT discussions is House Bill 1532, which proposes the Teaching Racial and Universal Equality Act. The prime sponsor is Rep. Russ Diamond, R-Lebanon, but Rep. Barb Gleim, R-Carlisle, joined him in sending out a memorandum to all House members regarding the legislation back in late May.

In the memorandum for the legislation, which was sent to the education committee in June and has yet to come up for a vote, Diamond and Gleim say the bill is “aimed at curtailing the divisive nature of concepts more commonly known as ‘critical race theory’” under the idea that white students are being maligned in school classrooms during discussions of race.

The legislation would penalize any local or state government or public school entity — including secondary education institutions that receive state money — that teaches “racist” or “sexist” concepts.

The bill proposes that the state attorney general would investigate such accusations and make their findings public, but a resident of the state can also file a civil complaint against these institutions if they believe they have violated a provision of the legislation. The court would rule on whether a violation has taken place.

With Democratic opposition to both bills, it’s unlikely that Gov. Tom Wolf will sign either piece of legislation if it makes it to his desk, but Lilienthal said these bills already pose issues.

“What concerns us about that legislation is that it really undermines what school districts can do to meet state education standards,” he said. “These standards are rigorously reviewed by the state legislature. It completely undermines that process.”

Lilienthal said the association has tracked at least 25 bills across the country that aim to restrict what teachers can say about race and racism in the classroom.

“A lot of this is initiated by politicians and talking heads with political motives. This isn’t about politics. It’s about teaching students the whole history of the country,” he said. “We worry about this being a slippery slope. How far does that go or what will politicians censor next?”

While English literature courses have come under scrutiny for what books are required reading — and in some cases what books are banned — it’s history that has been the subject of some discontent for those opposing a change in curriculum. Arguments have mostly circled around teachers “changing history” by focusing on diversity and inclusion.

It’s a concept historians are eager to correct.

Wagner said there has been a shift over the past several years to teach history as critical analysis rather than memorizing dates. That change in teaching style has largely been due to how often new historical documents are discovered that change how a historical event or person is perceived.

For example, Wagner cited the Bacon’s Rebellion in which Nathaniel Bacon just a few decades ago was considered a traitor for having started a rebellion nearly 100 years before the signing of the Declaration of Independence. Letters later unearthed from a freed Black man, an indentured servant and others, however, painted him in a very different light, going from villain to merely a rebel of colonial rule.

“[The letters] didn’t exist,” he said. “We didn’t have those then. That’s not what we were taught 20 years ago. History is always going to be fluid.”

Pinsker is largely of the same mind as Wagner, though he does take heed of some people’s worries over how the past is judged.

“Some people can legitimately worry about taking present day values to judge the past — judge people who lived in different ages,” he said, adding that tearing down or renaming monuments and buildings should not be a knee-jerk reaction. “I think it’s important to be deliberate and not to rush. It’s not just tearing statues down and vandalizing monuments. You have to take time and build a case, persuade the community and change minds.

“You still need to hold people accountable and recognize evil,” he said. “But it’s also important to lift up the stories of people who contributed but got left behind when they wrote the textbooks or made the markers.”

That’s what Pinsker aims to do with his work at Dickinson College, which included the new Dickinson & Slavery Walking Tour, featuring outdoor markers that better addressed the history of the college’s founders and the slaves they owned and later freed. The college will also have an official renaming ceremony for one of its buildings on Nov. 20, a move sparked by Pinsker’s work, that he hopes will feature descendants of the slaves and former slaves they hope to honor.

According to Wagner, these efforts and in-classroom discussions are simply meant to better educate students on perspectives of those who didn’t get to write the history books.

“They may not agree with it, but they can appreciate that point of view,” he said. “Kids still walk out believing what they believe, but at least they hear other points of view in the conversation. It’s not just one man singing solo.”

“We try to teach without labels or shaming people based on what group they’ve been born into, because they can’t help that. Understanding other people is critical to being understood yourself.” Kevin Wagner, Carlisle High School teacher

Get our local education coverage delivered directly to your inbox. 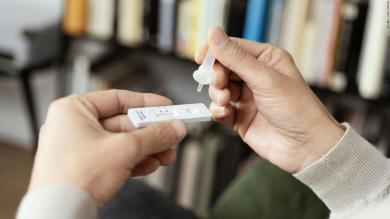 FDA says at-home Covid-19 antigen tests may be less sensitive to picking up the Omicron variant, but they remain an important tool 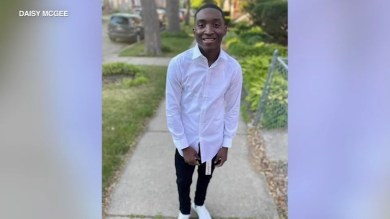