In an analysis piece published in the British Medical Journal on Wednesday, obstetrician Martha Hickey of the Royal Women’s Hospital in Victoria, Australia and three women’s health professors from the UK, US and Australia discuss the social and cultural attitudes to the life stage when most women’s periods stop — typically between the ages of 45 and 55 — and argue the need to “normalize” menopause.
In 2021, a global survey revealed 16% to 40% of women experience moderate to severe symptoms during menopause, such as feeling tired, hot flushes, sleep difficulties and aching muscles or joints. A now-common treatment offered to relieve these symptoms is hormone replacement therapy (HRT), which uses medication to replace the hormones lost during menopause and, in turn, ease these symptoms. Many studies have shown its effectiveness in helping women through the menopause and though there are risks, such as increasing your risk of breast cancer, the benefits are thought to outweigh such risks.

However, Hickey and her co-authors argue that while effective treatments such as HRT are important for those with troublesome symptoms, “medicalization may increase women’s anxiety and apprehension about this natural life stage.”

They add: “Medicalization of menopause risks collapsing the wide range of experiences at the average age associated with this natural process into a narrowly defined disease requiring treatment and tends to emphasize the negative aspects of menopause.”

The four experts further argue that while “women with severe hot flushes and night sweats often benefit from menopausal hormone therapy, most women consider menopause a natural process and prefer not to take medication.”

Hickey told CNN: “Medicalization of menopause makes women fearful and reduces their ability to cope with it as a normal event in life.”

Medical caution over the use of HRT is not new. In Elizabeth Siegel Watkins’s book, The Estrogen Elixir: A History of Hormone Replacement in America, the professor of history of health sciences charts the causes of the growing trend in HRT and the responses to it.

Published in 2007, Watkins’s book explains that “[the medicalization of menopause] begins with the dynamic interactions among scientists, pharmaceutical manufacturers, and gynaecologists in producing, marketing, and prescribing estrogen in the first decades of the twentieth century.”

According to Watkins, after half a century of research beginning in the 1890s, estrogen was introduced in the US as a short-term treatment for menopausal symptoms in the 1940s and 1950s. Between 1960 and 1975, hormone therapy saw a massive boom after some reproductive endocrinologists redefined menopause as an “estrogen-deficiency disease”.

The approach to the treatment of menopause reveals not just where the science is at but also where the culture is at when it comes to middle-aged women. Watkins writes about E. Kost Shelton, a clinical professor of medicine at UCLA who “promoted long-term hormone therapy as the solution to middle-aged women’s woes,” believing that estrogen would not only “prevent the development of osteoporosis [a condition where bones weaken, common during menopause]… but it would also help maintain a youthful appearance, a positive attitude, and a happy marriage.”

The book quotes from a paper Shelton wrote in 1954 in which he said that the lack of estrogen during menopause “is frequently accompanied by regression to a shell of the former alluring woman … She becomes insecure, inadequate, and ultimately careless during the most vulnerable period of her marital existence.”

The language may have changed since Shelton’s time, but the association between HRT and the expectation to hold on to one’s youth persist.

The authors of the BMJ analysis write: “The belief that ageing can be delayed or reversed by hormone replacement therapy (HRT) persists and is reinforced by the media, medical literature, and information for women.”

Then and now, why would these associations persist? Hickey and her co-authors provide an answer: “Marketing menopause is a lucrative business.”

“In the 1960s, for example, it was suggested that all women should be taking hormonal treatment when they go through menopause.” Hickey told CNN. “And still, there is strong pharmaceutical drive for women to take hormones to keep themselves young, or protect their skin, or sex life and other such things that have not been proven.”

She adds: “If you have a medication that half the population should be taking, then that’s an enormous profit.”

Hickey and her co-authors advocate shifting the narrative by pushing forward positive aspects such as freedom from menstruation, pregnancy, and contraception as well as educating women on how to manage the troublesome symptoms. They believe advocating these “might empower women to manage menopause with greater confidence.”

Sunny Singh understands the power of narratives. In 2019 the novelist and professor of Creative Writing and Inclusion in the Arts at London Metropolitan University wrote a Twitter thread that was widely shared. In it she shares her own experience of going through perimenopause (when you have symptoms before your periods have stopped).
With great candor and humor, Singh wrote: “We get some vague talk about hot flushes but here is my peri peri experience. My body has decided it needs hot showers but then overheats for the hour afterwards. Cue: twiddle thumbs until I cool down enough to put clothes on. Cue: add extra hour to morning routine.”

She adds: “Current discourse veers between “it’s all natural” (yeah, so is death) to complete pathologization … We need to talk menopause without hyper-medicalization.”

Singh says she benefitted from having her mother share her experience of menopause in her thirties and says this needs to happen more. She tells CNN: “There has been very little informational exchange around menopause. We need women from across races and regions to talk about menopause.”

The BMJ analysis reaches the same conclusion: “Normalising ageing in women and celebrating the strength, beauty, and achievements of middle-aged women can change the narrative and provide positive role models,” the authors write.

Story of the week

Graphic video of men stomping on a woman’s head has shaken China to the core. The shock and anger reverberated widely as the video spread like wildfire on Chinese social media. By the evening, the attack — which took place around 2:40 a.m. Friday in the northern city of Tangshan — had ignited a nationwide uproar, drawing hundreds of millions of views and dominating online discussions throughout the weekend.

‘This could happen to any of us’

In July 1941, Yogmaya Neupane, a feminist leader in Nepal, reportedly plunged into the choppy waters of Arun River. Soon after, over 60 of her disciples also jumped to their death.
The alleged mass suicide, which took place when the people of Nepal were cowering under the autocratic Rana regime, was quickly forgotten from Nepal’s history until the 1980s. It is only recently that researchers interpreted the act as a protest against the ruler’s failure to meet Neupane’s repeated demands for Dharma Rajya, or good governance, wherein Hindu systemic discriminations against women are abolished.
Neupane was the first Nepalese woman known to have been jailed for her political beliefs when she tried to set herself on fire to protest the Rana regime. She also married three times at a time when widow remarriage was an offence.
Researchers say she also gave voice to the voiceless by raising awareness about “superstitious religious practices, the caste system, child marriage, discriminatory treatment of women, corruption and unequal distribution of wealth.”
Wondering why Neupane did “not appear in the standard history of Nepal for sixty years,” Michael Hutt, professor of Nepalese and Himalayan Studies at the School of African and Oriental Studies (SOAS) in the UK, says more information is needed about this icon. “My plea to Nepal’s historians and social scholars is further research,” he said.
In 2016, the Nepali government issued a postage stamp marking her “restoration and recognition as a major historical figure, a champion of women’s rights,” but calls continue for greater research into her life.

If you or someone you know might be at risk of suicide, here are ways to help.

If you live in the US and are having suicidal thoughts, call the National Suicide Prevention Lifeline at 800-273-8255 (800-273-TALK) for free and confidential support. It’s open 24 hours a day, seven days a week.

TrevorLifeline, a suicide prevention counseling service for the LGBTQ community, can be reached at 866-488-7386

Befrienders Worldwide connects users to the nearest emotional support center for the part of the world they live in.

The hotline that became a lifeline for expectant mothers — CNN
Abused and abandoned, three women share their stories of pregnancy with schizophrenia — CNN
Pranaiya was a happy mom — then she started talking about wanting to disappear — CNN
When mothers suffer, babies suffer. It’s time the world realized this, say maternal mental health experts — CNN

“I know enough women who are totally patriarchal, who do nasty things to other women. And I have known men who have worked for women’s rights their whole life. Feminism is not biological; feminism is an ideology.”

Tags
health Menopause is not a disease. Experts call for new narrative for this natural stage of a woman's life - CNN
1 week ago 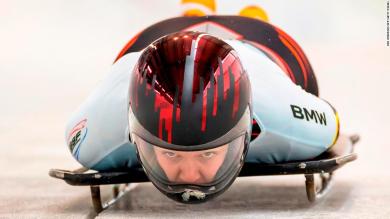 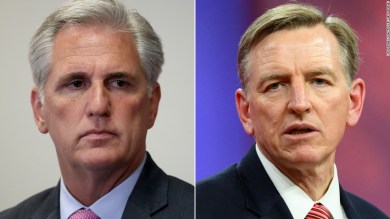 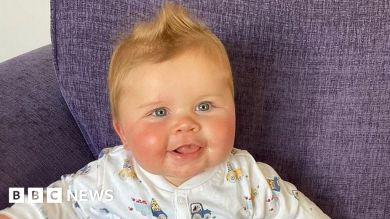 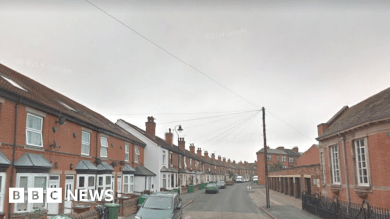