It was the dead of winter — January 31, in 1990 — but still people came out in droves. Grainy CNN television footage shows lines snaking out the door, and throngs of people inside, trying Big Macs for the first time.

The Pushkin Square location was massive, with the capacity to seat hundreds of people. It was the largest McDonald’s restaurant in the world at the time. Inside, the fast food joint was bustling. In most ways, it looked like any other McDonald’s from the era. But there was a hammer-and-sickle flag under the golden arches and an international theme inside, featuring a model of London’s Big Ben in the dining room.

McDonald’s arrival in Moscow was about more than just Big Macs and fries, noted Darra Goldstein, Willcox B. and Harriet M. Adsit professor of Russian, emerita, at Williams College. It was the most prominent example of glasnost in action, Soviet Union President Mikhail Gorbechev’s attempt to open up his crumbling country to international relations.

“There was a really visible crack in the Iron Curtain,” she said. “It was very symbolic about the changes that were taking place.” About two years later, the Soviet Union would collapse.

After that first spot opened up, McDonald’s expanded its reach within the country. As of last week, there were about 850 locations operating in Russia.

But Russia’s invasion of Ukraine prompted McDonald’s to change course, at least temporarily. On Tuesday, the company announced that it would pause operations at those restaurants, following similar decisions by other Western firms and pressure from critics.

For Goldstein, this moment is just as symbolic, but far less hopeful.

“If the opening of McDonald’s in 1990 symbolized the beginning of a new era in Soviet life, one with greater freedoms, then the company’s current exit represents not just a closing down of business, but of society as a whole,” she said.

How McDonald’s got to Moscow

George Cohon, who oversaw McDonald’s business in Canada from the early 1970s and into the 1990s, led the campaign to bring McDonald’s to life in Moscow. It took 14 years to make that happen.

In his book, To Russia With Fries (with an introduction by none other than Gorbachev) Cohon detailed the difficult process of opening up that first location.

“On the Soviet side, there was very little real understanding of what was involved in establishing or operating a chain of McDonald’s restaurants,” he wrote. “For our part, we had to identify suitable sites (the Soviets’ instincts seemed to be to put us behind the elevator shafts in hotels or somewhere in the outskirts of Moscow; our instincts, naturally, were pretty much the reverse).”

Perhaps more pressing than finding a suitable location was the search for a viable supply chain. McDonald’s needed a steady supply of patties and potatoes for the thousands of people who would stream in every day.

“We had to satisfy ourselves that it would be possible to source raw materials in Russia,” he said. Cohon and other members of the team visited local food processing plants and found them lacking. McDonald’s decided to set up its own.

When McDonald’s did finally open its doors in 1990, some were skeptical and believed it wouldn’t last.

“It will all go downhill. We don’t know how to run a restaurant like this,” Andrei Grushin, an engineer who visited the restaurant on opening day, told the Washington Post at the time.

But the pains McDonald’s took paid off.

Service with a smile

One of the defining characteristics of the Moscow McDonald’s location, at least on that first day, was the friendly staff.

“They are always smiling,” a young employee told CNN reporters on opening day. “As you know, in Moscow, not in every restaurant you can find smiling people.”

Another employee told the CBC that when she smiled at people, they asked what was wrong. “They think that I’m laughing at them,” she said.

At that time in the Soviet Union, “food service was really terrible,” said Williams College’s Goldstein. “It was rude, places were dirty. There often wasn’t food that was listed.”

McDonald’s was an “almost magical place where food always replenished itself and people smiled at you,” she said. “It represented more than just a place to get American hamburgers.”

The hamburgers themselves weren’t as exciting, at least not to some customers.

“I don’t like it at all,” one man told the CBC of the food, shaking his head. Another said he liked the cuisine, but had “expected more.” The meal was pricey. A meal could cost half a day’s pay for the average consumer, according to the CBC.

Olga Berman, who grew up in Moscow before immigrating to the United States in 1993, recalled a trip to McDonald’s with her family when she was a child.

“We didn’t really go out to eat a ton. So that was a huge experience in itself, to go to restaurants,” she said. She remembers McDonald’s as “sparkling new,” she said. “It was really bright. It was super clean,” she added. “It was an experience. it didn’t feel like fast food that I know today. It felt like going to an actual restaurant.”

And the food? “I don’t even remember what the food was like,” she said.

Christina Frankopan grew up in London. As a teenager, she went to Moscow for a few weeks to improve her Russian, right around the time of the opening of the first McDonald’s location.

In spring 1990, she went with friends to check it out.

“I went once or twice and the queue was just too long,” she said. “And, and then eventually, we went one time, and it was doable.”

For Frankopan, McDonald’s was no big deal. But her friends were excited — less about the food, as she recalled, than about the chain’s styrofoam containers. “I was surprised that actually, the packaging was highly coveted,” she said.

Frankopan remembers people taking the packaging home and tacking it up on their walls. They said “it’s an incredibly good insulating material,” she recalled. But “I think, actually, it was a status symbol to be able to show, not only do I have one Big Mac box, I have queued for, you know, 15 times to get my Big Mac boxes.”

She added, “I think it’s hard to overstate the symbolism of the place.”

As CNN reporter Richard Blystone put it, when he reported the story 32 years ago, “a Western hamburger emporium in Moscow has all the intrinsic appeal of an ice cream stand in hell.”

After years of investment, everything came crashing down this week.

“In Russia, we employ 62,000 people who have poured their heart and soul into our McDonald’s brand to serve their communities. We work with hundreds of local, Russian suppliers and partners who produce the food for our menu and support our brand. And we serve millions of Russian customers each day who count on McDonald’s,” McDonald’s CEO Chris Kempczinski said in a statement on Tuesday.

“In the thirty-plus years that McDonald’s has operated in Russia, we’ve become an essential part of the 850 communities in which we operate,” he added.

But the current situation makes continuing in the market untenable, according to the executive, at least for now.

“Our values mean we cannot ignore the needless human suffering unfolding in Ukraine,” Kempczinski said. Plus, with the region in upheaval, McDonald’s can no longer reliably secure the supply it needs. “We are experiencing disruptions to our supply chain along with other operational impacts,” he said.

After 32 years, “McDonald’s has decided to temporarily close all our restaurants in Russia and pause all operations in the market.”

McDonald’s will continue to pay its employees in Russia, the company said.

But it’s not clear when Russians will be able to visit a local McDonald’s again. “At this juncture, it’s impossible to predict when we might be able to reopen our restaurants in Russia,” Kempczinski said. 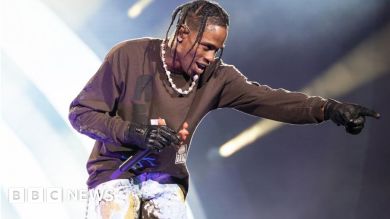 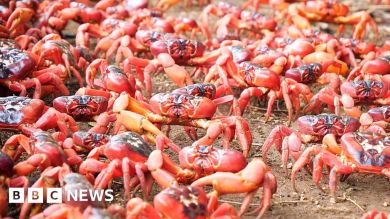 Red crabs swarm across roads and bridges in Australia 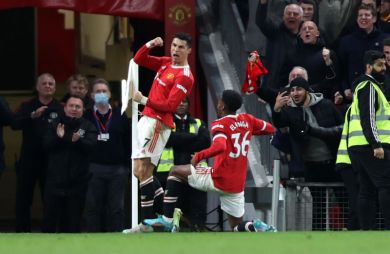 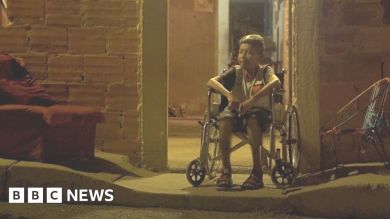