Now, however, she wants to shape a more positive vision of the future.

Next year, the Canadian novelist and poet will lead a new online course titled “Practical Utopias: An Exploration of the Possible.” Addressing issues from social inequality to healthcare, the eight-week program will put participants in virtual classrooms with experts from various fields to develop solutions to society’s biggest problems.

“I don’t come with pre-formed answers,” Atwood told CNN’s Christiane Amanpour. “The whole idea is that… people get together, consider the challenges facing us today and thrash them out.”
Hosted by online learning platform Disco, the course will see attendees join virtual seminars with the author. They will then take part in live workshops and develop “co-designed solutions” to present to Atwood, who was once dubbed the “prophet of dystopia” by the New Yorker magazine.

Margaret Atwood made her name through dystopias. Now she wants to build a brighter future

“We’re going to be considering things like: What sort of clothing, what sort of food or what kind of houses (will we need)?” she said. “Our biggest challenge right now is the climate crisis… And we’re going to have to be looking at costs and benefits, because there is no free lunch.”

“If you, for instance, decide that we’re all going to have vertical gardens,” she added, referring to the use of buildings and walls to grow plant life, “then what are you going to do about wind storms?”

Atwood has used her writing to explore the dark possibilities of the near future, admitting that literary utopias are “quite boring” because “everything’s perfect.” Her best-known book, “The Handmaid’s Tale,” imagines life in the fictional Republic of Gilead (an area that was formerly Cambridge, Massachusetts) after environmental decline impacts human fertility so severely that an authoritarian regime assumes control over women’s bodies.

In a wide-ranging on-air interview Tuesday, the author told CNN she is “more amazed than you might think” at how many ideas from her 1985 novel are now coming to pass — from the emergence of restrictive new abortion laws to the erosion of American democracy. The book’s fictional President’s Day Massacre, a violent attack on the US capitol, even offered a chilling portent for this year’s January 6 insurrection.

“The foundational system of the United States was not democracy. It was a theocracy in the 17th century, and it was puritan,” she said, adding that “systems don’t just disappear — they may get paved over or built on, but don’t just vanish out of time and out of people’s heads.”

Atwood said that her famous novel, which was adapted for TV in 2017, was based on historical precedents — and warned that she “didn’t put anything into ‘The Handmaid’s Tale’ that had not already happened.”

“All around the world and back in time, these kinds of totalitarianisms have existed. So, my question was: If you were going to have one in the United States, what form would it take?”

She predicted that any future tyranny in the US will have “a lot of God, a lot of American flags and a lot of ‘let’s get back to those old days.'” But, she asked, “When were those old days, and what was going on in them?

“You can’t separate anything that happens in the United States from its history of slavery and so-called reconstruction and Jim Crow laws and segregation. That’s all very recent.” 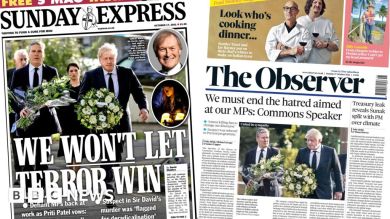 The Papers: 'Terror will not win' and MP murder suspect named 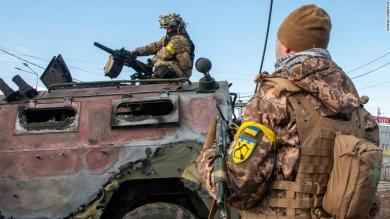 The Moscow stock exchange will stay closed on Monday 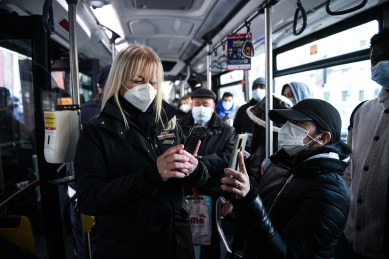 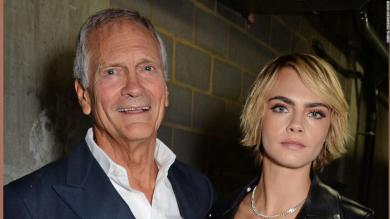