Wolverhampton Wanderers boss Julen Lopetegui says it is “impossible” that his side had a winning goal ruled out in their FA Cup third-round draw with Liverpool at Anfield.

Centre-back Toti flicked home, but the assistant referee had his flag up for offside against Matheus Nunes, who had taken the original corner and picked up the ball on the left after Hwang Hee-chan nudged it back to the wing.

The video assistant referee (VAR) had no camera angle available to provide any evidence to overturn the decision, meaning Wolves had to settle for a 2-2 draw.

Lopetegui, who went into referee Andrew Madley’s room with captain Ruben Neves after the game, said the offside “doesn’t exist” and that it was a “pity” because his players “deserved to pass to the next round”.

He was also angry that Mohamed Salah’s goal, which put Liverpool 2-1 ahead, was allowed to stand, despite the Egypt forward appearing to be in an offside position when the ball was played to him during the build-up.

Starting with Wolves’ disallowed goal, Nunes took a corner that was headed by Nathan Collins, and then flicked by Hwang back to Nunes on the left wing.

He dribbled to the byline, and his cross was deflected to Hwang, whose shot was turned in by Toti to put Wolves, who had led 1-0 before being pegged back, 3-2 up.

The Wolves players celebrated wildly, with Toti taking his shirt off, but the assistant had his flag up.

The VAR then reviewed the incident, but had no clear camera angle to overturn the decision.

“Someone has told him it’s offside, but we’ve seen the images, it doesn’t exist.

“The decision is wrong. I make mistakes every day, and sometimes they do too. Today we have the help of VAR, and it is a pity, because I’m sorry, it’s not offside.”

Liverpool boss Jurgen Klopp said: “I’m not sure about their third goal. We have one picture where it may look offside, but I can understand why they are angry about it. We don’t want the VAR to just have one angle.”

In the Premier League, an explanation such as “Nunes offside” would be displayed on the screen in the ground, but the Football Association, which runs the FA Cup, follows Uefa and Fifa guidance and does not do this, which caused confusion in the crowd and among pundits.

“We sat in the studio trying to figure out, so are the crowd and the bench,” said former Liverpool striker Emile Heskey on ITV.

Former England striker Eni Aluko added: “State-of-the-art stadiums – just show it in on the screen. The clarity needs to be there.

“It is offside, Nunes was in an offside position, but that wasn’t initially clear. Now we have the decision but it has to be clearer.”

Wolves and Lopetegui were already annoyed that Salah’s goal had been allowed to stand.

The winger was in an offside position as Cody Gapko tried to clip over the top of the Wolves defence, but Toti headed the ball in an attempt to stop the attack.

That meant Salah was onside, and he controlled the ball and slotted home to put Liverpool ahead.

Lopetegui said: “It is the same in all the leagues. My opinion is we have to talk a lot with the referees about this sort of situation.

“One player took advantage of his position, Salah was offside before Toti touched the ball, so he got an advantage. Toti, of course, is only going for it because of the offside player.”

Former Liverpool defender Stephen Warnock told BBC Match of the Day: “It is very frustrating. The laws of the game say the goal should stand but football fans know it should not stand. Toti has to deal with it because he has to believe Salah is offside. The law is wrong in our opinion.”

Asked by BBC Match of the Day about whether Salah’s goal should have been disallowed and Toti’s allowed, he said: “In my opinion, yes. That is my clear opinion now.”

Lopetegui added that referee Madley “heard us”, explaining: “That is a good thing for me, that is not usual in Spain. I love talking, only to show him the offside doesn’t exist. It is very clear.”

What do the rules say?

Both incidents centre around when a new phase of play starts, and what is a deliberate action.

According to Law 11 in the FA’s rules: “A player in an offside position receiving the ball from an opponent who deliberately plays the ball, including by deliberate handball, is not considered to have gained an advantage, unless it was a deliberate save by any opponent.

“A ‘save’ is when a player stops, or attempts to stop, a ball which is going into or very close to the goal with any part of the body except the hands/arms (unless the goalkeeper within the penalty area).”

The assistant referee believed Nunes was offside when Hwang headed the ball – which started a new phase of play – and VAR had no clear evidence to overturn that decision.

Salah’s goal was not ruled out as a result of Toti’s header, which started a new phase of play.

Why was there VAR?

Fans and spectators will be asking why there was VAR at this game, but not in the earlier game between Sheffield Wednesday and Newcastle United, where there was some dispute around two of the goals, and other games this weekend.

VAR is only in operation at Premier League grounds, meaning it was at Anfield, but not at Hillsborough.

‘Rule should be scrapped’ – views from #bbcfootball

Dan: Not only do we have to put up with VAR ruining celebration of goals, but it doesn’t even get the calls right when it reviews them? I’d prefer the odd human error to this farce.

New era: Salah was offside and Toti’s goal wasn’t. What is the essence of VAR if after looking at the screen they still get it wrong?

Martin Philip Odoni: I have to admit, if Salah’s goal wasn’t offside and Totti’s was, I just do not understand the offside law at all. And I’m a Liverpool fan.

Richard: If that’s offside and Salah’s isn’t, I honestly don’t understand football any more. Both were ahead of play but didn’t touch the ball. Both scored on the second phase. One is given. One is disallowed.

Jon Evans: Two outrageous things from the game. 1) I’ve said it before but the offside rule which allowed Salah’s goal is horrendous and should be scrapped, no idea why it got introduced. 2) How can there not be a camera for the Wolves offside? Something not right there. 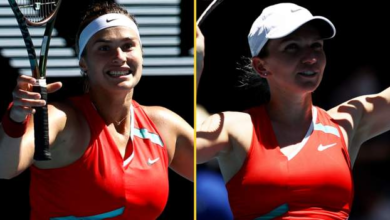 Australian Open: Aryna Sabalenka and Simona Halep both through to fourth round 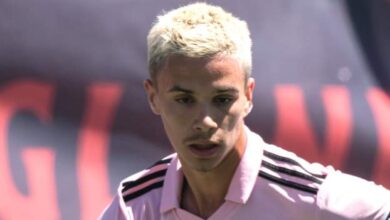 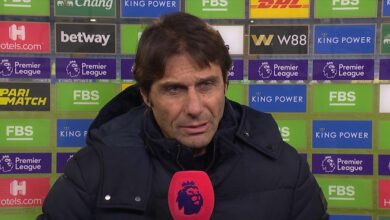 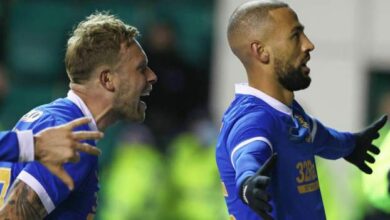