Here’s a look at the life of NBA Hall of Fame forward Larry Bird.

Grew up in the formerly famed resort town of French Lick, Indiana.

Nicknamed the “Hick from French Lick” and “Larry Legend.”

Wore the number 33 on his basketball jersey in high school, college and with the Boston Celtics.

Attended Indiana University for only 24 days.

He was the first person to win NBA MVP, NBA Coach of the Year and NBA Executive of the year.

Twitter named its original bird logo after him, “Larry the Bird.”

1978 – First round NBA draft pick by the Boston Celtics – doesn’t play until graduating from Indiana State in 1979.

March 26, 1979 – The legendary basketball rivalry with Magic Johnson begins as their teams battle each other for the NCAA championship title.

1985 – Bird’s rivalry with Johnson turns to friendship on the set of a Converse television commercial they film together in Indiana.

1988-89 – Misses most of the NBA season after undergoing surgery on both of his heels.

August 18, 1992 – Announces his retirement from the NBA due to ongoing back problems stemming from a compressed nerve.

February 4, 1993 – The Boston Celtics retire his number 33 jersey in front of a sold out crowd at the Boston Garden.

May 12, 1998 – Wins NBA Coach of the Year in his first season as head coach of the Indiana Pacers.

October 2, 1998 – Inducted into the Naismith Basketball Hall of Fame.

2003 – Assumes the role of president of basketball operations for the Indiana Pacers.

March 6, 2010 – HBO debuts the documentary, “Magic & Bird: A Courtship of Rivals,” about his relationship with Johnson.

June 2012 – Resigns as the Indiana Pacers president of basketball operations.

June 2013 – Returns to the Pacers as president of basketball operations.

November 9, 2013 – The dedication of a bronze statue in Bird’s honor takes place at Indiana State University, his alma mater.

May 1, 2017 – Steps down as the Pacers president of basketball operations.

October 20, 2018 – It is announced that the Larry Bird Museum will be built in downtown Terre Haute, Indiana. 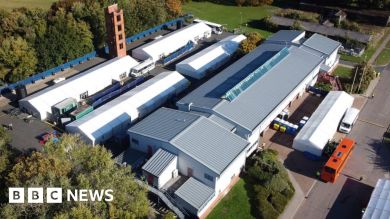 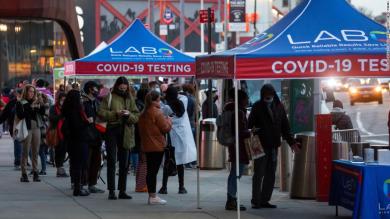 US Coronavirus: Nation could be in store for a ‘grim beginning’ to the new year, experts warn, as dual variants of Covid-19 spread 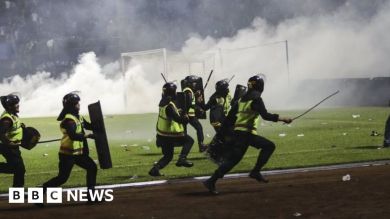 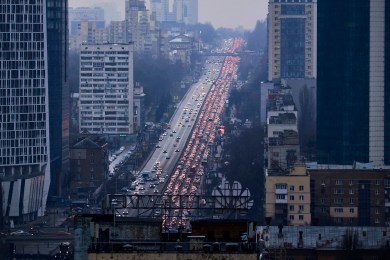 Long lines of cars in Kyiv heading out of Ukrainian capital