You don’t need to go back to 1958 for the last time a Welsh-born player scored at a World Cup finals.

Terry Medwin’s winning goal in a play-off against Hungary 64 years ago in Sweden was Wales’ last goal scored in the tournament.

But the last goal to be scored by Welsh-born player in the finals was the Republic or Ireland’s first goal on the biggest stage of all.

Kevin Sheedy was born in the mid-Wales market town of Builth Wells, where he lived until the age of four, when the family moved to Hereford.

With a Brecon-born mother and with his father a County Clare native who had moved to the UK at the age of 16, Sheedy was eligible to play for Wales as well as the Republic of Ireland.

The Football Association of Wales (FAW), thanks to the efforts of former under-21 boss Brian Flynn and ex-talent manager Gus Williams, have done so much to identify and embrace Welsh qualified players in recent times.

But in the mid-1970s, an FAW official’s response to a query from a 16-year-old Sheedy would shape the course of his career.

“I was playing for Hereford United and I got a letter from the Irish FA (Football Association) to say I’d be selected for a forthcoming game,” Sheedy recalls.

“I knew I was eligible for both Ireland and Wales so I rang the Welsh FA and asked them if I was going to be in their upcoming squad.

“They gave me the answer that they weren’t in the business of telling people until it was done publicly.

“I would have had a decision to make had they said I was in the squad, but I opted for Ireland.”

Sheedy progressed through the Republic’s youth teams before he was handed his senior debut in 1984, by which time he was with Everton.

The winger with a deft left foot was a pivotal figure in Everton’s unprecedented success under Howard Kendall during the mid-1980s and was known for his trademark free-kicks.

But while the Welsh pair enjoyed domestic success with Everton, qualification for major international tournaments eluded them.

“I used to give Kev and Nev a bit of banter that they had just missed out,” recalls Sheedy.

“But it was a shame for those two because they were world-class players and they deserved to play at the top tournaments.”

The Republic of Ireland had not figured at any major tournaments until the arrival of England’s 1966 World Cup winner Jack Charlton as manager in 1986.

“Jack came in and he was a great bloke,” Sheedy said. “He had his own way – it was Jack’s way or the highway and if you didn’t fit into that, he was ruthless.

“He got the rules and knew who was eligible – the likes of John Aldridge and Ray Houghton.

“We already had a decent team but these were just the icing on the cake.

“We just gelled as a team and Jack got a system of play he wanted and the players bought into it.

“All the players were playing for the top teams in the top divisions so, when it came to these big international games, we had that experience to go with us and that helped.”

Charlton’s side delivered the Republic’s first a major-tournament appearance in 1988, qualifying for the European Championship in West Germany.

After famously beating England, Charlton’s men were only denied a place in the semi-finals by a late winner from eventual champions the Netherlands, and two years later qualified for the World Cup in Italy.

“We got great confidence from Euro 88 – we knew we could compete against the best sides in the world,” Sheedy added.

Charlton’s side were in Group D along with Egypt, Netherlands and England, who they played in the opening game. Sheedy scored the Irish equaliser in a 1-1 draw.

“It was a typical derby game because we all knew each other,” Sheedy said of the game, played in Cagliari in June 1990.

“Gary Stevens and Trevor Steven were team-mates of mine and Gary Lineker was a former team-mate and he scored after about six minutes.

“I just remember trying to play a pass to Tony Cascarino and Steve McMahon, who had just come on as a sub, intercepted it and tried to play a square pass to Gary Stevens.

“But I intercepted it and as soon as it left my boot it passed Peter Shilton’s left hand and went in the back of the net.

“It was Ireland’s first ever goal at the World Cup – a piece of history that I will always have, and it’s got be numerous free pints of Guinness all over the world.”

Draws against Egypt and the Netherlands would ensure the Republic’s place in the last 16 against Romania in Genoa.

The sides could not be separated after 120 minutes of football and so the game required penalties, with Sheedy the first to step up for his team.

“I was the penalty taker for Everton and had taken penalties for Ireland so I had the experience,” Sheedy said.

“It was a long walk but the Irish fans were behind the goal and I just held my nerve, [I was thinking] hit it as hard as I could down the middle and keep it high. I hit it perfectly, to my great relief.”

“You could see he was nervous in his walk,” Sheedy said.

That meant that if Ireland scored their next penalty, they would go through.

But Sheedy remembers: “Nobody offered to take the fifth penalty. David O’Leary said ‘If nobody wants to take then I’ll take it’.

“I said to him as we was walking ‘Dave, just pick your spot and don’t change your mind and hit it as hard as you can’.

“He buried it in the corner and it got us through to the quarter-finals against Italy in Rome.”

But before facing with the hosts in the Olympic Stadium, Charlton’s squad went to meet the Pope.

“The story is when we landed in Italy for the first time, Ray Houghton shouted to Jack ‘what will we do if we get to the quarter finals?’,” Sheedy explains.

“Jack turned around. ‘If we get to the quarter-finals of the World Cup in Rome against Italy, I’ll get you an audience with the Pope’.

“A couple of days before the quarter-final, we all jumped on a coach not knowing where we were going and indeed we had an audience with the Pope.

“Jack must have known people in high places, but that was a magic experience.”

The Republic’s World Cup adventure came to an end as Toto Schillaci’s goal sent Italy into the last four.

“It was just unfortunate that the ball broke to Schillaci, as he was on fire in that tournament.

“We were bitterly disappointed and Jack said after the game ‘you don’t know how close you’ve come to winning the World Cup’.

“The supporters still come up and talk about those days.”

The Republic would also qualify for the World Cup in the United States four years later and the 2002 finals.

They will not be in Qatar, but Sheedy’s country of birth will be there after ending an absence of 64 years.

“They’ve thoroughly deserved to qualify and hopefully they can get out of the group and put in good performances,” Sheedy says.

“It’s then up to the younger players to want to be in that position, because they have got some good players.

“Hopefully this will then be the start of future tournaments for them and the supporters.” 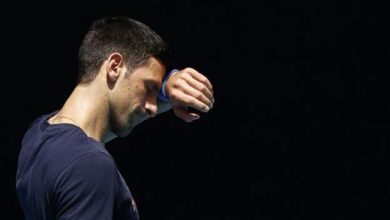 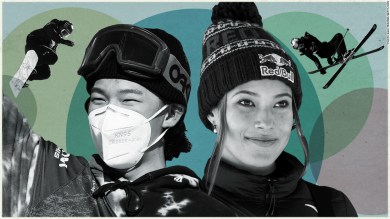 Match of the Day: How Bukayo Saka is driving Arsenal towards top four