Just days after his stunning on-field cardiac arrest, Buffalo Bills safety Damar Hamlin said on Instagram he was thankful for the love he’s received and asked for continued prayers for a “long road” ahead.

“When you put real love out into the world it comes back to you 3x’s as much,” he wrote in his first Instagram post since his collapse Monday. “The Love has been overwhelming, but I’m thankful for every single person that prayed for me and reached out.”

“If you know me you know this only gone make me stronger,” he added. “On a long road keep praying for me!”

Hamlin is breathing on his own and speaking to family, physicians and teammates – positive updates Bills players say will bolster them in this weekend’s matchup against the New England Patriots.

“To hear him talk to us, it was everything, and that’s what we needed. Literally that’s all we needed,” Bills offensive tackle Dion Dawkins said of the team’s Friday video call with Hamlin, who is still undergoing treatment at a Cincinnati hospital.

Hamlin – who was sedated and placed on a ventilator after his collapse – began awakening late this week and was able to have his breathing tube removed before Friday morning, physicians have said.

“Love you boys,” the 24-year-old player told his team Friday via FaceTime, according to head coach Sean McDermott, who added that Hamlin flexed his arms and made his signature heart-shaped hand gesture during the call.

Damar Hamlin FaceTimed into our team meeting today to talk to players and coaches.

What he said to the team: “Love you boys.” ❤️ pic.twitter.com/8dorrWNaxt

Hamlin collapsed during the “Monday Night Football” game between the Bills and the Cincinnati Bengals.

He “is making continued progress in his recovery yet remains in critical condition” and “his neurologic function is excellent,” the Bills tweeted Saturday, citing his physicians.

Dawkins described the emotional “roller coaster” this week has been for the team – who watched in shock as Hamlin received CPR on the field and was carried from the stadium in an ambulance. But he said news of Hamlin’s significant improvement “will for sure fuel us” in the team’s Sunday showdown against the Patriots.

“The excitement was beautiful, it was amazing,” he said of the call with Hamlin. “It has given us so much energy, so much bright, high spirits – whatever you want to call it – it has given it to us to see that boy’s face.”

Buffalo Mayor Byron Brown said Hamlin’s continued recovery is “uplifting news” for the city of Buffalo, which has recently been struck by several tragedies, including a racist mass shooting and a brutal blizzard that left at least 41 dead in Erie County.

“What happened to Damar Hamlin, his injury, was another gut punch to the city of Buffalo and to see him recovering so remarkably is certainly lifting spirits throughout our community and across the country,” Brown told CNN’s Kate Bolduan Friday.

After millions witnessed Hamlin’s emergency play out live, a wave of support has emerged from fans and strangers across the nation, many of whom have purchased his jersey or donated to his foundation’s charity fund, which has topped $8 million raised as of Saturday morning. Teams across the NFL have also rallied behind the Bills player by wearing his number, 3, lighting up stadiums and scoreboards, and sharing words of solidarity.

Displays of support will continue this weekend as the league prepares for an emotional return to competition for the final games of the regular season on Saturday and Sunday. The NFL plans to honor Hamlin before each game.

The NFL announced Thursday the Bills-Bengals game – which was initially postponed Monday night – will not be resumed or made up.

The cancellation will have no effect on which teams qualify for the playoffs, as both the Bills and Bengals have already secured spots. But the imbalance in number of games played has prompted the league to approve unprecedented provisions for the postseason based on how the Bills and Bengals are seeded and their potential opponents.

As players head into the final week of the regular season, the NFL announced several ways that teams may honor Hamlin before this weekend’s matchups, including holding a “moment of support” before games or outlining the “3” on the 30-yard line in the Bills’ red or blue colors.

Players also have the option to wear shirts emblazoned with “Love for Damar 3” during warmups and the Bills will wear “3” patches on their jerseys, the NFL said.

Bills general manager Brandon Beane – who stayed in Cincinnati following the game’s postponement to be with Hamlin and his family – praised the unified message of support across the league this week, noting how characteristically competitive the sport is.

“Yeah, we go to battle. But in the end, life is the number one battle,” Beane said Friday. “And to see that unity from players, coaches, (general managers), owners, fans, is unheard of. But I think it’s a good light. It sheds a great light on the NFL. The NFL is truly a family.”

The NFL Players Association named Hamlin its Community MVP of Week 18, announcing that the organization will donate $10,000 to his Chasing M’s Foundation.

Philadelphia Eagles running back Miles Sanders said he was able to video chat with Hamlin, telling him, “You know you’re the most famous person in the world right now?”

Hamlin replied, “But not for the right reasons,” according to Sanders, who told Hamlin, “You’re blessed, bro, you don’t know how blessed you are.”

Sanders described Hamlin as his best friend and said the two spoke after every game, according to NFL Network reporter James Palmer.

“We thank the NFL medical personnel and the medical staffs from both teams whose emergency action quite likely saved his life. We are also grateful to the professionals at the University of Cincinnati Medical Center who tended to Damar and continue to oversee his care,” NFL Commissioner Roger Goodell wrote in an open letter Saturday.

“Seeing the entire NFL family – teams, players, coaches, and fans like you – band together was yet another reminder that football is family: human, loving and resilient,” Goodell said.

Goodell said that players and coaches from all 32 teams will wear “Love for Damar 3” T-shirts during pregame warm-ups this weekend. 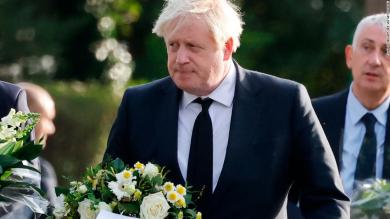 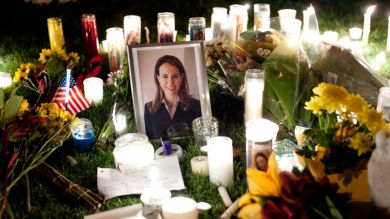 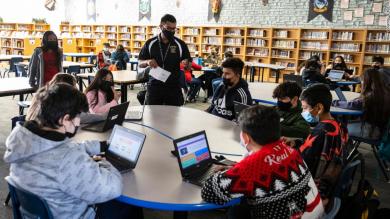 Teachers are leaving and few people are choosing the field. Experts are sounding the alarm 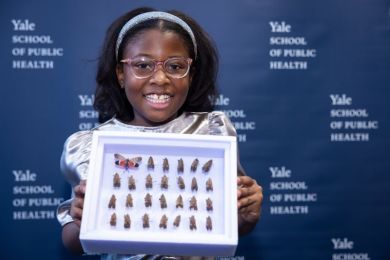