Jason Kander became a political star with a blindfold on. In a breakthrough campaign ad, the young war veteran assembled an assault rifle without looking.

In conservative Missouri, that marked Kander as a Democrat who could relate to gun owners even as he supported background checks opposed by the National Rifle Association. Though he lost that 2016 Senate race, Kander not long thereafter was launching a presidential campaign with encouragement from none other than Barack Obama.

And then, just as suddenly, he abandoned electoral politics – not because of public setbacks, but because of private pain. In October 2018, he announced his decision to seek mental health treatment for depression and post-traumatic stress disorder.

The divergence between Kander’s outer and inner lives produced his riveting, candid new memoir, “Invisible Storm.” Its conclusion is that treatment works.

Kander waited more than a decade before seeking help himself. He had resisted the idea that his four-month tour as an Army intelligence officer in Afghanistan, ending in February 2007, had caused the fear, anger and insomnia that haunted his return to civilian life in Missouri.

“Honestly, I was ashamed of myself for all of this,” Kander writes. Though he endured harrowing moments, “To me, nothing I experienced counted as ‘trauma.’ For one thing, I had never been in a firefight.”

Nor could Missouri voters have suspected his struggles. Kander poured his energy into the relentless political work, in which he showed unusual gifts.

In 2008, at age 27, Kander won a state House seat. Four years later, Missouri voters made him secretary of state.

As his term neared its end in 2016, he leapt onto the national stage with his challenge to incumbent Republican Sen. Roy Blunt. But his emergence as a Democratic celebrity only left him with unspoken guilt, since “I had just become famous for an ad featuring my deft handling of a weapon I’d never fired in combat,” he says in his memoir.

The day after losing that race, Kander saw a therapist for an emergency appointment his worried wife had booked. He was diagnosed with depression, but the following he has attracted in defeat pulled him right back into the political whirl.

Elected luminaries such as Obama and Sen. Elizabeth Warren were hardly the only ones urging him on. There were figures from sports and entertainment like Lin-Manuel Miranda, Jimmy Kimmel and Jason Sudeikis.

“I’d been invited to the cool kids table and it made me feel like a cool kid,” he writes. But the feeling proved fleeting.

In the spring of 2018, “numb to the highs of the campaign trail,” he decided to abandon a White House bid. He would run instead for mayor of Kansas City.

Well-positioned to win that comparatively bite-sized race, Kander found himself contemplating suicide more and more. He stunned the political world that October by making his private anguish public.

“After 11 years of trying to outrun depression and PTSD symptoms, I have finally concluded that it’s faster than me,” Kander wrote on Facebook. “That I have to stop running, turn around, and confront it.”

He needed help navigating the Veterans Affairs bureaucracy to get treatment. He got it from an organization called the Veterans Community Project, whose director had volunteered on his secretary of state campaign.

And within months, therapy had dramatically alleviated his pain. His aim in writing the book is to encourage the large number of other veterans suffering PTSD to seek it out for themselves.

“What I want people to take from it is that you can get to the other side,” Kander said in a phone conversation. “It’s worth it.”

For him, the other side now means working as head of national expansion at the Veterans Community Project. He also serves on the board of Giffords, the organization founded by former Rep. Gabrielle Giffords, an Arizona Democrat, to advocate for solutions to gun violence.

Kander sees an echo of the psychological damage combat veterans can suffer in that of the swelling ranks of children and parents who have witnessed and survived America’s mass shooting epidemic. “Trauma is trauma,” he says.

Giffords has not yet persuaded congressional Republicans, including Blunt, to let Congress take serious action. The shooters in the Buffalo, Uvalde and Tulsa massacres of recent days all reportedly used AR-15-style rifles like the one Kander assembled in that campaign ad. 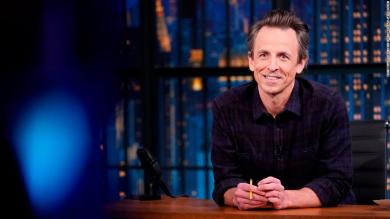 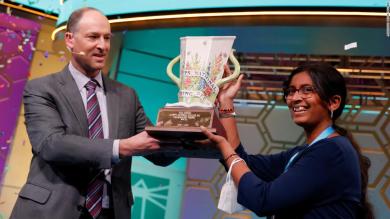 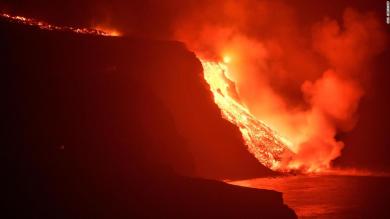 La Palma volcano: Residents told to lock down as lava pours into sea 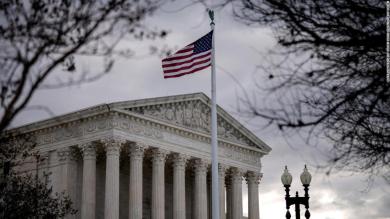