The House select committee investigating the deadly Jan. 6 insurrection at the US Capitol is holding its second public hearing.

The committee heard testimony today from former Fox digital politics editor Chris Stirewalt. They also played video of recorded deposition testimony from witnesses, including Jared Kushner and former Attorney General William Barr. Ex-Trump campaign manager Bill Stepien was slated to testify today but will no longer testify because his wife is in labor. Instead, the panel is showing video of his closed-door interviews.

If you’re looking to get caught up on the latest news from the hearing, here are the key moments so far:

Jared Kushner and other Trump aides said they opposed Rudy Giuliani’s 2020 election lies: Some of then-President Donald Trump’s top aides were deeply uncomfortable with the conspiracy theories that his outside advisers were pushing about the 2020 election, according to new testimony revealed at the hearing.

In a videotaped deposition, Kushner, Trump’s son-in-law, said he opposed Giuliani’s post-election activities, though based on Kushner’s own description of his pushback, it did not sound all that forceful.

“I guess, yes,” Kushner said, explaining that he told Trump that Giuliani’s strategy was “basically not the approach I would take if I was you.” Kushner said Trump responded by expressing “confidence in Rudy.”

The conversation is one of the first instances during the Jan. 6 congressional hearings where a witness has detailed what conversations they were having with Trump on election night. The committee played video from Stepien’s deposition where he said that it was his recommendation to say it was “too early to tell” who won the race.

“The President disagreed with that,” Stepien said. “I don’t recall the particular words. He thought I was wrong, he told me so, and that they were going to go in a different direction.”

Trump campaign spokesperson Jason Miller told the committee during his closed-door interview that he told Trump that “we should not go declare victory until we have a better sense of the numbers.”

Barr said Trump claimed major fraud before there was “any potential of looking at evidence”: Barr told the committee that Trump claimed there was major fraud underway “right out of the box on election night … before there was actually any potential of looking at evidence,” according to a previously unseen video clip from his closed-door interview with the panel played during today’s hearing.

Barr’s testimony adds to the committee’s argument that Trump was already laying the groundwork for his unfounded claim that the election was stolen before it was conceivable that anyone had a chance to examine whether any evidence of widespread voter fraud existed.

“It seemed to be based on the dynamic that, at the end of the evening, a lot of Democratic votes came in which changed the vote counts in certain states, and that seemed to be the basis for this broad claim that there was major fraud,” Barr says in the video.

“The American people elected President Joe Biden. We’ll present evidence that Mr. Trump’s claims of election fraud were false, that he and his closest advisers knew the claims were false but they continued to pedal them anyway right up until the moments before a mob of Trump supporters attacked the Capitol.”

“I thought the Dominion stuff was … I never saw any evidence whatsoever to sustain those allegations,” Herschmann said in his taped deposition, of which the committee played a short clip.

“His view was shared by many of the Trump team whom we interviewed,” Vice Chairwoman Liz Cheney said. Cheney also quoted former Attorney General Bill Barr, who called the Dominion accusations “complete nonsense.”

Thompson said that Trump “tried to remain in office after the people had voted him out, and the courts upheld the will of the people.” 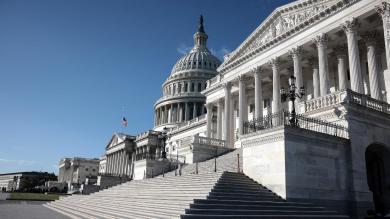 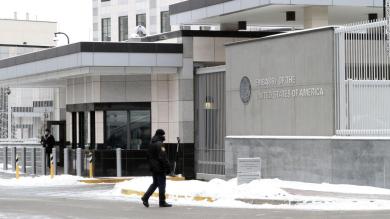 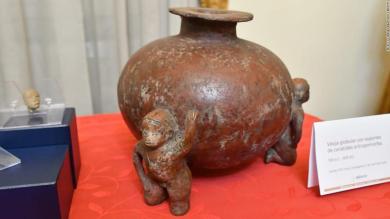 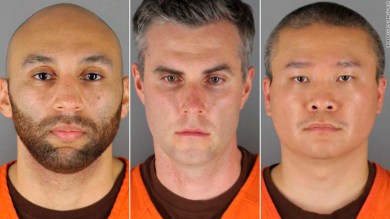