A single global currency that is decentralized, and not beholden to any governing central body, might not be possible.

At least that’s what you’ll hear/read/ingest/ignore if you turned on the internet today.

Too many nations, (Such as China and Thailand) have put their foot down in terms of implementing crypto into their economies. While others like El Salvador and Tanzania are working to embrace crypto with open arms, albeit in slightly different ways.

One of the biggest points is fraud and criminality. A deregulated decentralized digital currency cannot exist without the obvious dark side: Fraud. Untraceable crypto transactions are ideal for illicit black market deals for bad things, like weapons, drugs, and even people. One study cites findings that the anonymity offered by cryptocurrencies has allowed criminal organizations involved with human trafficking to evade detection.

Of course, this is not the fault of cryptocurrencies. Social media companies did not think that they would have such a powerful impact on the political sphere, but the recent push for increased censorship is one indication that they are abusing their power. We can all agree that the insane censorship by mainstream social media giants needs to stop. Just like we can agree that using cryptocurrencies to sell guns and hurt people needs to stop.

Even though many digital currencies like Bitcoin have taken a beating in recent weeks, the consensus is still that blockchain is going to be the future. That being said, while the push for regulation might seem like a bad thing initially, it might open up different opportunities and expand other markets.

In 2020, the CIA awarded Amazon Web Services, Microsoft (NASDAQ:MSFT), Google (NASDAQ:GOOGL), Oracle (NASDAQ:ORCL) and IBM (NASDAQ:IBM) over US$10 billion in contracts for cloud infrastructure. Data involving defense surveillance are not the only things that tech companies are going to be helping out with soon.

If these points match up, we will see a big need from government organizations for private blockchain-based tech contactors.

China’s  digital yuan was tested this year in May in Suzhou City. According to theconversation.com, 181,000 customers received ¥55 ($8.50) worth of free digital yuan to spend at participating outlets. It’s being rolled out by the Chinese government, and is permissioned. That means that only the People’s Bank decides who can use it. Estimates give China about a year before a national digital yuan rollout is in full swing.  A national digital currency has its own problems, and one of them is security. If multiple nations with large GDPs suddenly need to sort out blockchain infrastructure, who will they turn to?

The crypto world, and companies that already understand it. Could this also have a similar wave into the world of risk assessment? Crypto is notiriously risky, but if regulation mitigates some of that risk, then could it not be possible that underwriting might go blockchain?

What else is possible through blockchain?

Private messenger services are looking to blockchain for securing user data as an alternative to end-to-end encryption.  Also, the Internet of Things (IoT) can be made more secure with blockchain by finding and stopping suspicious commands from unknown networks. It even goes to the crux of the matter with human lives! According to IEEE Spectrum, driverless cars might send 25 gigabytes of data to the cloud every hour. Anyone who knows the difference between a megahert and a megabyte can imagine the security implications.

Car Area Networks (CAN) transfer data from censors in self-driving cars to remote control databases. Hackers are able to break into these, and you can imagine the result. Data verification done via blockchain may stop any such intrusions, possibly saving lives. What stock might love this? An obvious one is Tesla (NASDAQ:TSLA) and their EV competitors. Another one that is no doubt aware of the blockchain opportunity is Uber (NYSE:UBER).

That’s all just the beginning. As whole nations create their own digital currencies, we are going to see the blockchain being adopted for things that are very good for society. The decentralized blockchain is ideal for a little thing called democracy.

Imagine if each vote was on a blockchain and what that would do to election fraud. 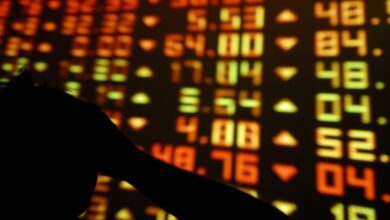 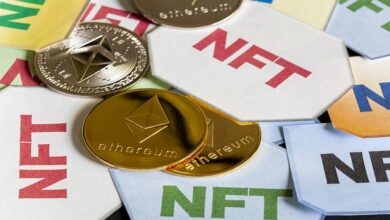 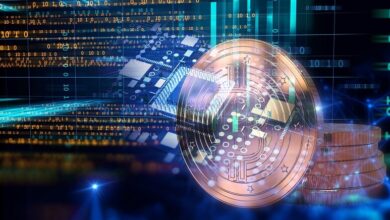 DeFi Needs to Be More Accessible for Greater Adoption 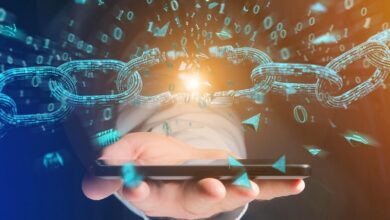 Bitcoin Climbs Back Above $20k After Weekend Scare