Following the stabbing deaths of four students in November, the tight-knit University of Idaho community was shaken for weeks, but the recent arrest of a suspect may allow the campus to regain a sense of security as students return to classes this week.

“I think I speak for many in our community that there’s a great sense of relief, but it’s bittersweet because this is still a horrible tragedy,” the university’s provost and executive vice president Torrey Lawrence told CNN Friday.

Bryan Kohberger, 28, is charged with the murders of students Kaylee Goncalves, 21; Madison Mogen, 21; Xana Kernodle, 20; and Ethan Chapin, 20, who were found brutally stabbed to death in an off-campus home in Moscow, Idaho, on November 13.

The gruesome killings rattled the campus community and city of Moscow, which had not seen a murder since 2015. Anxieties only worsened as weeks passed without a named suspect, leading some students to leave campus and complete the semester remotely.

Classes resume on Wednesday following the winter break, and though students who are still uncomfortable being on campus have the option to attend remotely, most students are planning to return, Lawrence said.

“The timing of this for our students was probably good,” the provost said, adding, “Hopefully we can really just be focused on classes starting and on that student experience that we provide.”

Security will remain heightened on campus, he said, though some measures such as a state patrol presence are no longer in place.

Still, the “very peaceful, safe community” students enjoyed before the killings has experienced a “loss of innocence,” he said.

Kohberger, who is the sole suspect, was pursuing a PhD in criminal justice at nearby Washington State University at the time of the killings and lived just minutes from the scene of the killings, according to authorities.

Investigators say phone records indicate Kohberger was near the victims’ home at least 12 times between June 2022 and the present day, according to an affidavit detailing the evidence against him. The records also show the suspect was near the residence on the morning of the killings, court documents say.

DNA recovered from the the Kohberger family’s trash was linked to DNA found on a tan leather knife sheath found on the bed of one of the victims, according to the affidavit. The DNA in the trash is believed to belong to the biological father of the person whose DNA was found on the sheath, the document says.

The suspect’s white Hyundai Elantra was also seen close the victims’ home around the time of the killings, according to investigators. Kohberger received a new license plate for the car five days after the killings, Washington state licensing records and court documents reveal.

Kohberger had his initial court appearance in Idaho on Thursday and did not enter a plea at the hearing.

Before Kohberger’s arrest, authorities noted that the suspect thoroughly cleaned his vehicle and was seen wearing surgical gloves repeatedly outside his family’s Pennsylvania home, a law enforcement source tells CNN.

The source, who spoke on the condition of anonymity, was briefed on observations made by investigators during four days of surveillance leading up to Kohberger’s arrest at his family home.

Kohberger “cleaned his car, inside and outside, not missing an inch,” according to the law enforcement source.

A surveillance team assigned to Kohberger was tasked with two missions, according to multiple law enforcement sources: keep eyes on Kohberger so they could arrest him as soon as a warrant was issued, and try to obtain an object that would yield a DNA sample from Kohberger, which could then be compared to DNA evidence found at the crime scene.

Kohberger was seen multiple times outside the Pennsylvania home wearing surgical gloves, according to the law enforcement source.

In one instance prior to Kohberger’s arrest, authorities observed him leaving his family home around 4 a.m. and putting trash bags in the neighbors’ garbage bins, according to the source. At that point, agents recovered garbage from the Kohberger family’s trash bins and what was observed being placed into the neighbors’ bins, the source said.

The recovered items were sent to the Idaho State Lab, per the source.

Last Friday, a Pennsylvania State Police SWAT team then moved in on the Kohberger family home, breaking down the door and windows in what is known as a “dynamic entry” – a tactic used in rare cases to arrest “high risk” suspects, the source added. 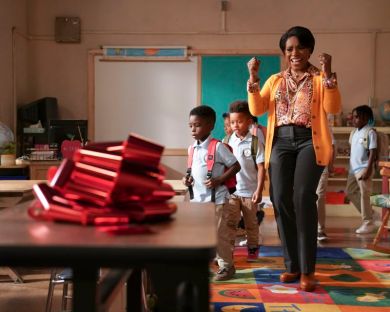 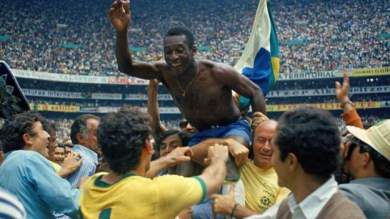 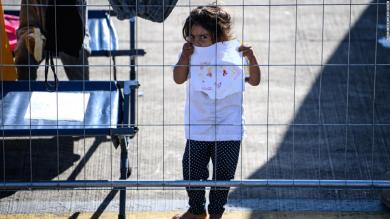 1,450 Afghan kids were evacuated to the US without their parents. Some are still in limbo 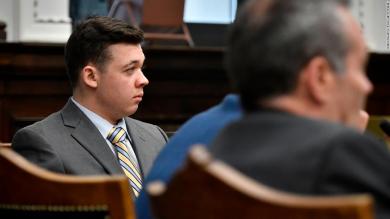 Kyle Rittenhouse wants the gun he used in the Kenosha shootings back so he can destroy it, court document shows