It’s incredibly gratifying work, but when I recently visited Peterson in Taunton, Massachusetts, she told me she would forgo all the recognition for not having had to go through the pain addiction left on her family. “I’d trade it all to just not have … gone through this.”

Peterson’s mission is to help the families of people suffering from addiction. While so much attention is understandably focused on the individual with the substance use disorder, Peterson realized that suffering knows no bounds, because she was such a family member. She says her brother self-medicated with cocaine to deal with his depression and her niece died from a fentanyl overdose. Every time, Peterson felt the personal pain of seeing someone she loved suffer, and the silence that too often followed due to persistent stigma.

Out of her own experience, Peterson founded Learn to Cope in 2004. At first, it was simply a safe place bound together by a few strangers with a shared common pain, invisible to the rest of society. Now, it is a national organization with 11,000 members and growing, providing support to the families of those with loved ones addicted to drugs and alcohol.

Stigma can manifest in all sorts of ways. For Peterson, she first remembers riding in the car as a young girl with her mother going to visit her brother at different halfway homes, with the admonishment that the story remain just between the two of them. She told me that her brother essentially disappeared from their lives as they would “go to big family gatherings and his name was never really brought up, or people would be afraid to ask about him.”

She says mental health wasn’t ever discussed, let alone substance abuse. “There wasn’t a lot of help back in the 70s. No one ever used the words ‘mental health.’ It was more ‘that person’s crazy,’ or ‘that person’s a loser’ or ‘a drug addict.'”

After attending a community meeting on drug overdoses in 2004, Peterson recognized other families experiencing the same trauma. “I remember seeing a few moms and dads, and one of them was really crying. And I thought ‘She’s me.’ You know?” It was at that moment Learn to Cope was born.

Peterson says that having the support and understanding of people going through the same experience is vital. Very few people understand how this disease can impact those around them.

Peterson told me a story of one mother who reached out to her because her son was struggling with heroin after the OxyContin prescription he had been using to manage his cancer pain was stopped. “She told me she missed his cancer. She said, ‘You know why? Because everyone loved him then. No one gives anything about him now’.”

The pandemic has made Learn to Cope’s work even more imperative. “We have lost even more (people),” Petersen said. “A lot of people in long-term recovery that were doing really well, had put their life back together, had good jobs, maybe even a home, a career, are relapsing because of job loss, not being able to afford (their homes).”

The brutal statistics bear that out. The drug overdose epidemic in the United States is the worst it has ever been. The most recent numbers from the US Centers for Disease Control and Prevention recorded more than 93,000 overdose fatalities in 2020, the highest number on record. The factors driving this epidemic of addiction are complex and have no doubt been further complicated by the pandemic’s social isolation and economic devastation.

The origins of an epidemic

When I first began reporting on the opioid overdose epidemic at the beginning of my career as a journalist 20 years ago, most of the focus was on prescription opioids. A rise in prescription painkillers like oxycodone and hydrocodone in the late 1990s has been considered by experts as a key factor in getting Americans hooked on opioids. And, as the number of prescriptions for these drugs rose, so too did the number of overdose deaths.

By 2017, the United States — a country that makes up less than 5% of the world’s population — had the highest consumption of hydrocodone, hydromorphone and oxycodone in the world, equivalent to about 99%, 43% and 68%, respectively, of the total global consumption, according to the International Narcotics Control Board.

And while many Americans were using opioid painkillers, there were also many who were turning to other opioids like heroin, and eventually illicit fentanyl.

Between 2013-2017, overdoses from the synthetic opioid fentanyl increased dramatically. The potent drug is up to 50 times as powerful as heroin and considerably cheaper to produce. Drug dealers began using the drug and cutting it into heroin to give their drug supply a stronger high with less drug, or using it to make fake pain pills.
Last year, more than 60% of all overdoses were from synthetic opioids like fentanyl. Overall, opioids were involved in about 75% of overdose deaths in 2020, according to the CDC.

There’s been a concerted effort to tamp down overdoses through a number of avenues.

Purdue Pharma, the makers of OxyContin, and the Sackler family behind the company, have been taken to court. In 2007, three Purdue executives pleaded guilty to a felony charge of misleading and defrauding physicians and consumers, and “acknowledged that it illegally marketed and promoted OxyContin by falsely claiming that OxyContin was less addictive, less subject to abuse and diversion, and less likely to cause withdrawal symptoms than other pain medications – all in an effort to maximize its profits,” said US Attorney John Brownlee at the time.

Since then, state attorneys general have also sued Purdue Pharma and the Sacklers for their role in the opioid crisis. Facing suits from dozens of states, the Sacklers filed for bankruptcy in 2019 and reached a settlement this year requiring the family to pay out $4 billion dollars, and absolving the family of any civil litigation against them. Several states and the Biden administration are appealing the decision.

There has also been an emphasis on making medication assisted treatment (MAT) for opioid use disorder accessible to more people in recent years. MAT combines medication with behavioral therapy and is considered a gold standard treatment by many experts. Both the previous Trump administration and the current Biden administration have loosened prescribing restrictions on buprenorphine, one of the MAT drugs used to treat opioid addiction

In addition, more and more groups, are using naloxone, the opioid overdose reversal drug. Peterson’s group was the first parent support group to distribute it and teach family and friends how to use the drug.

I had never really thought about it, but it is the families that are often the true first responders. They are the ones who may sadly find a loved one in the throes of an overdose, clinging to life. It is traumatic, and very emotional. These are the very families Peterson wants to help, and one of the best ways she could do that was to empower the families with a tool that could help them save their loved one’s life.

“We’ve trained people that are still, like, sobbing, because they’re… they’re like, ‘I can’t believe this is my life,’ ” Peterson told me. “But they’re really grateful that they have something in their home that could actually save their loved one’s life.” Peterson estimates that the group has rescued over 200 people from the throes of an overdose.

Looking to the future

Learn to Cope’s success has now motivated them to do even more.

Along with the continued rise in opioid related deaths, there has also been a recent rise in deaths involving stimulants like cocaine or methamphetamines. And while the opioid epidemic still primarily affects White Americans, a deep dive into the recent overdose data finds that the new rise in opioid overdoses is increasingly fueled by Black Americans. One study published this year found the rate of Black Americans dying from opioid overdose jumped 38% between 2018-2019, despite overdose rates holding steady or even declining among other groups. Understanding the “why” behind these trends may ultimately better help us in targeting treatment to those who need it most.

And we need to continue to lean on the work of Learn to Cope and Joanne Peterson. It’s critical to get support and resources to those dealing with substance use, but we cannot forget to support those who are helping their loved ones navigate addiction and hopefully recovery.

“Being the parent, or the partner or spouse of someone (dealing with addiction) is extremely difficult,” Peterson said.

“They know exactly how you feel. There’s not a thing you can say to them that’s going to shock them,” Peterson said. “After you get all that out and you cry, then you can go be with your regular friends and actually live a little bit and maybe laugh.”


Source link
Tags
health How one woman created a network to support the families of those struggling with addiction - CNN
October 12, 2021 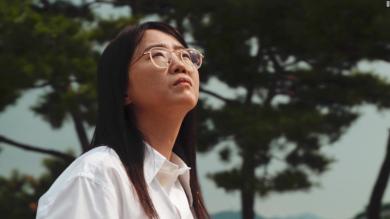 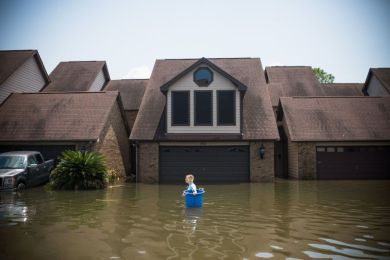 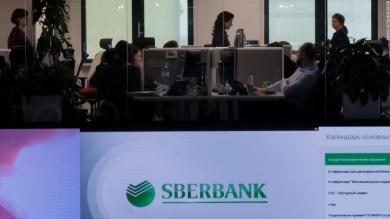 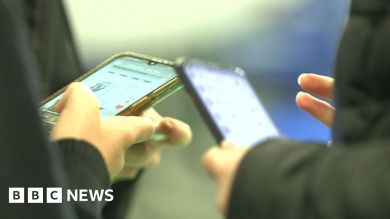