(CNN) — When a huge plumbing disaster strikes, most Airbnb guests would pack their bags and demand their money back, while their hosts would glumly write off their profits and try to forget about it.

But for German travelers Elke Thau-Montgomery and Rudi Thau, and their American hosts Beth Ann Moon and Jennifer Steinberg, a calamitous Airbnb situation turned into a continent-spanning, five-years-and-counting friendship.

Florida-based couple Beth and Jennifer listed the apartment connected to their home on Airbnb for the first time in 2017. Beth and Jennifer are gay, and were wary about homophobia from their guests (Beth jokes that she hid from the first few bookers.)

But guests from the US and beyond came and went, and largely kept to themselves.

Elke and Rudi stood out from the beginning. They were friendly and relaxed, and arrived bearing a bottle of gin as a gift.

But what sealed the deal was the Volkswagen Beetle parked outside. The German couple figured anyone with a VW Beetle was likely to be on their wavelength.

“Let’s go there, they must be nice people,” Elke recalls thinking.

When Elke and Rudi presented their hosts with the gin, Beth went into the house and brought out another bottle from the same distillery, about double the size.

“We were laughing at each other,” says Elke.

“We hit it off as soon as they arrived,” says Beth.

The two couples ended up sitting outside all night, drinking and chatting.

“It was really the first time that we had ever connected with people that were here,” says Jennifer. “They were just like us, we had so many things in common.”

Dealing with a crisis

Beth Ann Moon (left) and Jennifer Steinberg (right) opened up their home to Airbnb guests in 2017.

But then a couple of days later, disaster hit. The plumbing in the Airbnb stopped working. To fix the issue, Jennifer and Beth had to employ emergency contractors who promptly switched off the water supply, and dug a giant hole in the backyard.

“They jack hammered the outside, because the ground is made of coral rock,” explains Jennifer. “It was quite an interruption. Elke and Rudi couldn’t use the bathroom. It was a bad situation.”

Jennifer and Beth were apologetic. They expected their German visitors would be gone by the next morning.

“Most people, I think, that were at an Airbnb would demand their money back and demand that we get a hotel for them,” says Jennifer. “I didn’t know what to expect. And the next thing I knew, they were in our backyard building us a fire pit.”

Rudi and Elke made it clear they weren’t going anywhere unless Jennifer and Beth wanted them to. The Germans weren’t rattled by the mishap, finding it entertaining more than anything else.

Elke says they just felt bad for their hosts and their plumbing problems. The fire pit was the first in a series of kind gestures that Elke and Rudi hoped would cheer up a panicked Beth and Jennifer.

And rather than driving their guests out the door, the crisis only brought the two couples closer.

“They just became our such close friends,” says Jennifer.”They knew we were upset. And they tried to do things around our house to make us feel happy. And they didn’t go anywhere. They stuck with us.”

An arrangement was soon worked out whereby Rudi and Elke could make use of bathrooms in the main house. Evenings were spent sitting around the new fire pit. The two bottles of gin were emptied, as the two couples whiled away hours discussing cooking, family, travels, their respective countries and cultures and their thoughts on life, politics and friendship.

“We all kind of think the same about things — politics, cultural things and stuff,” says Elke. “We connected and that was cool.”

Elke and Rudi were avid travelers who always greeted Airbnb hosts with warmth and friendliness. But they’d never bonded with anyone in the way they bonded with Jennifer and Beth.

“We didn’t have an experience like this before and we’re very grateful for it, to get some wonderful friends out of that,” says Elke.

“I’ll tell you that I never had that experience with anybody,” agrees Jennifer. “Due to our ages, we never really expected to make such close friends so late in life.”

As Elke and Rudi’s trip wound to a close, plans started brewing for Beth and Jennifer to visit Rudi and Elke in Bavaria. Before the German travelers left, the Americans booked flights for later that year.

The foursome parted as close friends. And once Rudi and Elke were back home in Germany, Beth and Jennifer refunded their stay.

“We knew they wouldn’t accept it if we did it while they were here,” says Jennifer.

Rudi and Elke have this maypole in their backyard. It’s topped with an illustration of their loved ones, including Beth and Jennifer.

Several months later, the two couples reunited in Germany like no time had passed. Jennifer and Beth loved seeing the country through the eyes of people who live there. They also popped over to Austria and the Czech Republic.

“Neither one of us had ever been to Europe,” says Jennifer. “We’ve just been seeing the world and it’s because of Rudi and Elke. There isn’t any way that we could have ever done, what we’ve done and what we’ve seen in Europe on our own.”

From there, a tradition was established. Every winter, Elke and Rudi spend an extended vacation with Beth and Jennifer. And in the fall, the Americans return the visit.

Beth and Jennifer no longer rent their space out on Airbnb — it’s reserved for Elke and Rudi, plus they’ve since adopted dogs.

Five years on from their first meeting, the couples’ loved ones have also met and bonded. Today, Rudi, Elke, Jennifer and Beth see themselves as one extended, cross-continental family.

“Even when we go to Germany, their family is our family,” says Beth.

Rudi and Elke erected a homemade maypole (a tall wooden pole traditionally used in European folk festivals) in their yard in Bavaria, topped with a picture of their family. Naturally, Jennifer and Beth are included in the illustration.

“It’s just such a kind representation or symbol of our combined cultures and how we feel about each other like family,” says Jennifer.

While the two couples bonded from day one, they credit the plumbing mishap for cementing their friendship, at least in part.

“I don’t know if I can say any one thing was the alchemy that clicked, because it just happened. But I think it was the plumbing,” says Jennifer. “Maybe we’d be friends anyway. But if we hadn’t had a crisis to get through together, it wouldn’t have been the same.”

“Besides that chemistry between people, I do believe it’s a little bit the way also we reacted to this little mishap with the plumbers,” says Elke. “Rudi and I tried to take it with a lot of humor, because things happen, it’s just the way of life.”

Right now, Rudi and Elke are visiting Beth and Jennifer in the US, and the group are busy planning a summer 2023 Croatia vacation. When the friends aren’t physically together, they catch up via regular video calls. They see themselves as not just best friends, but surrogate family.

And they’re delighted that travel — and more specifically, a travel mishap — brought them together.

“Travel, and you learn,” is how Rudi sums it up.

“You never know who you’re going to meet,” says Jennifer “Just be open-minded, and let people into your heart. These chance encounters can change somebody’s life, and Rudi and Elke have certainly changed my life. It’s not always about romance. It’s about people and the energy they have and how you just never know.” 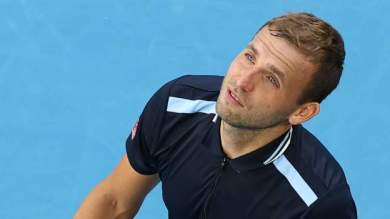 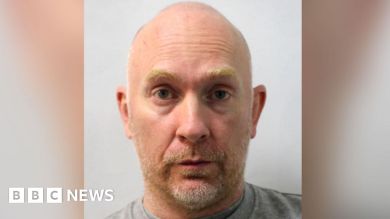 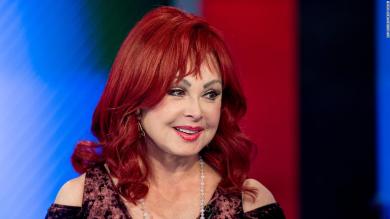 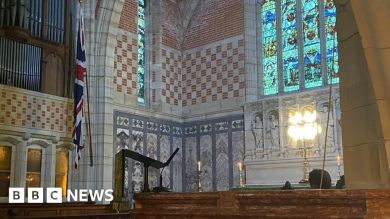