The No. 1 Georgia Bulldogs scored on their first six drives and dominated No. 3 Texas Christian University 65-7 to win their second consecutive College Football Playoff championship game on Monday night in Inglewood, California.

In the convincing win, Heisman Trophy-finalist quarterback Stetson Bennett passed for four touchdowns and ran for two more to lead the Bulldogs (15-0), who became the first team to win back-to-back national titles since Alabama in 2011 and 2012.

Bennett finished 18-of-25 with 304 yards passing in his final collegiate contest. He left the game with 13:25 remaining in the fourth quarter.

Bennett told ESPN, which broadcast the title game, that he was just trying not to cry.

“Champions of the whole damn world,” he said as a struggled to find words to echo his emotions. “I don’t know. I’m just trying to see everybody for the last time, you know, hug everybody.”

Georgia built a 38-7 halftime lead, scoring the final 28 points before intermission after TCU’s Max Duggan, the Heisman Trophy runner-up, rushed for a touchdown that made it 10-7 with 5:45 left in the first quarter.

The Bulldogs controlled play and the clock in the half, having the ball for almost 19 of the first 30 minutes and outgaining the Horned Frogs (13-2) 354 yards to just 121.

The onslaught continued in the second half until Georgia head coach Kirby Smart effectively called off the dogs and began using more second-team players in the fourth quarter. By then it was 52-7.

“We wanted our kids to play without fear,” Smart told ESPN. Smart said he told his players that as the top-ranked team in the nation for much of the year they were the hunted, but in this game they would be the hunters. They had only one last chance to do so.

“And we hunted tonight,” he said.

The Bulldogs are the first team to win consecutive titles since the advent of the reformatted College Football Playoff in 2014.

“They had a will to work. They didn’t listen to what everyone said about them,” Smart said. “And everyone doubted them to start the year and that chip on the shoulder was just big enough to create an edge for our team.”

Georgia’s Ladd McConkey, a sophomore wide receiver, had two touchdown grabs, including a wide-open, 37-yard reception that brought the first six of the Bulldogs’ 55 consecutive points.

Sophomore tight end Brock Bowers, the national player of the year at his position, had one touchdown catch in his seven receptions and 152 yards receiving. 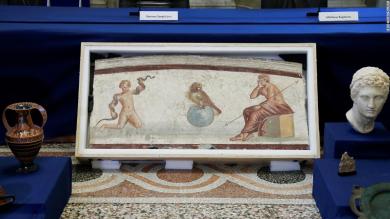 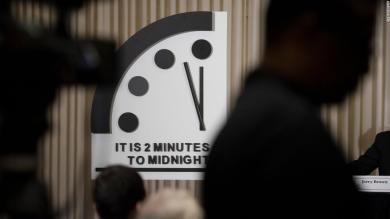 The Doomsday Clock reveals how close we are to…doom 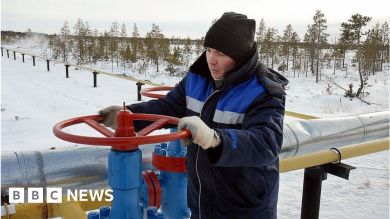