The 32-year-old man went into hiding after the Taliban seized control of Afghanistan in August, cutting off communication with family back home and holing up in a Kabul basement with his younger brother. They spent their days reading and praying and venturing outside only for food.

With phones their sole connection to the outside world, he and his brother sent messages. Lots of messages. To activists and human rights organizations. To friends of friends who knew anyone who could help.

Their biggest fear: meeting a deadly fate at the hands of the Taliban, as their father did years ago.

“They will behead us or kill us in the most brutal way,” the older brother told CNN. “They are masters in that.”

CNN verified the man’s identity through human rights activists and has been messaging with him via WhatsApp since August. To protect his safety, CNN is identifying him only as Ahmed — not his real name.

Days in the basement turned into weeks filled with dread and isolation. At times Ahmed felt so hopeless he contemplated suicide.

In a series of recent WhatsApp messages, Ahmed chronicled his life in the shadows in Kabul, his deep-rooted fear of the Taliban and his scramble to flee a country he’s called home all his life.

He first fled to Kabul for his safety

It was early August. The newly emboldened Taliban was seizing control of cities across Afghanistan, and Ahmed could feel the terror in the air.

He began to worry that someone in the northwestern city of Mazar-i-Sharif, where he and his brother lived, would out him to the Taliban.

So on August 12, the siblings packed their bags in a rush and took a bus to Kabul.

The brothers are among the nation’s estimated 10,000 to 12,000 Christians, an overwhelming majority of them converts from Islam. Afghan Christians largely practice their faith in secret, because leaving Islam is considered punishable by death under the Taliban’s interpretation of Sharia law.

Ahmed felt he’d be safer as a gay man in the sprawling Afghan capital. But three days after their arrival, Kabul fell to the Taliban.

Ahmed was well aware of the Taliban’s treatment of minorities in Afghanistan.

In public statements in July, one Taliban judge said there were only two punishments for homosexuality — stoning or being crushed under a toppled wall. A recent investigation by Amnesty International found Taliban forces in late August executed 13 Hazaras, most of whom were members of the Afghan National Security Forces.

He tried to hide his features in public

So Ahmed wore traditional clothes and a turban. A medical mask covered his sparse facial hair. Sunglasses obscured his eyes — and any eye contact with Taliban soldiers.

But in the beginning, he wasn’t always careful. One day in August, he was stopped by the Taliban for wearing a baseball cap. They yanked it off his head and demanded to know why he was wearing a “hip hop” hat, he said.

The brothers tried to avoid public places. They hid in a tiny room off a back alley in a densely populated part of Kabul, where they slept on the floor with the windows covered.

Every time they heard noises outside, Ahmed said “we would sit in the dark, totally motionless, afraid to move a muscle.”

Michael Failla, a Seattle-based human rights activist who has been helping the brothers, said he got panicked calls from Ahmed in the dead of night.

“There was a time he called me sobbing and said he’d heard the Taliban was going door to door in the neighborhood,” Failla said.

“He was threatening to jump off a building because he thought it would be a less painful way to die than getting caught and beheaded by the Taliban as a gay man.”

He and his brother’s fear of the Taliban is personal

The brothers’ fear of the Taliban is rooted in their family history.

Ahmed said Taliban fighters killed their father during a notorious August 1998 massacre in Mazar-i-Sharif that left hundreds of men and boys dead.

The Taliban threw his father in the back of a pickup truck and drove off, he said. That was the last time he saw him. Ahmed was 9.

Even before their father’s death, Ahmed said his childhood was far from idyllic. He recalls fond moments spent riding his bike under a pomegranate tree, but also brutal attacks against Hazaras and his city’s LGBTQ community.

And he said the chaos that followed the recent Taliban takeover has brought back painful memories.

Ahmed’s younger brother is 26 and not gay. But as a Hazara and a Christian, he has also been at risk in Afghanistan.

Eight years ago they lost their mother to a brain tumor. Since then the orphans, who have no other siblings, have always faced the world together.

Activists raced to get them out of the country

It’s not clear how many LGBTQ people are in Afghanistan because most of them live in the shadows, activists say.

Since the country fell to the Taliban, human rights groups have been scrambling to get LGBTQ Afghans out of the country.

“The Taliban is well known to have executed many LGBTQ people when it was in power and there have been reports of gay men being murdered since it took over in August this year,” said Aws Jubair, director of the Aman Project, a Turkey-based group which advocates for the LGBTQ community in the Middle East.

With the help of donors, the Aman Project has been sending money to LGBTQ people in Afghanistan and advising them to remain in hiding until they are able to receive asylum in other countries.

“The Taliban are saying they are going to be easier on women and minorities. But no one is saying they will be easier on the LGBTQ community,” Failla said, calling them “the most vulnerable minority in the country.”

The day that changed everything

Ahmed downloaded an app that deleted his messages once they were read. He wanted to be prepared in case the Taliban seized his phone.

He agonized. And he waited.

Then, one day in late September, he got a call from an activist. A flight was available in the coming days to ferry him and his brother to Pakistan.

Ahmed was ecstatic but fearful. As the departure day got closer, he became fixated on how he’d get past the Taliban checkpoints.

On the day of the flight, he donned his traditional robe. He’d already grown out his beard to disguise his face. Ahmed took a deep breath and headed with his brother to the airport.

Now he’s safer. But his journey is far from over

Today, in Islamabad, Ahmed is cautiously optimistic. He spends most days reading and taking walks in his new neighborhood.

Failla sends Ahmed and his brother money and is pushing to get them granted humanitarian parole. It allows people with a compelling emergency to relocate temporarily to the United States, where they can petition for a more permanent stay.

“We are relieved to have them there temporarily,” Failla said. “They were in extreme danger (in Kabul). It’s almost like a genocide that they (Taliban) have done with the Hazaras.”

Meanwhile, Ahmed is trying to get used to his new surroundings. Although Pakistan is not a model for LGBTQ rights, he says he and his brother feel much safer there. Their ordeal is mostly behind them.

And he finally dares to hope for his future. 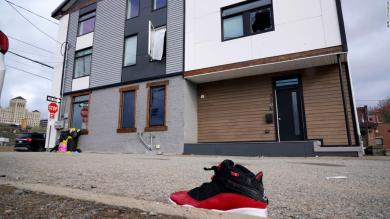 Pittsburgh shooting: A search is underway for multiple suspects in shooting that killed 2 teens and injured several others 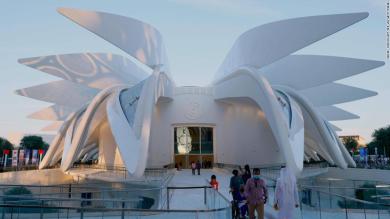 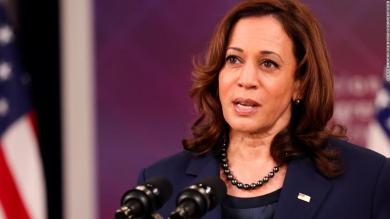 What the heck is going on with Kamala Harris? 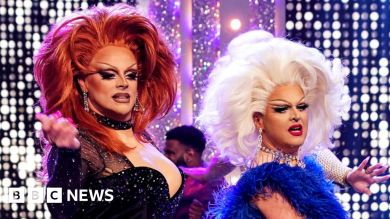 Ant and Dec in drag: 'This will change LGBTQ+ children's lives'