Wycombe Wanderers boss Gareth Ainsworth chose to borrow words from Oscar Wilde after being subjected to ‘access all areas’ scrutiny against Portsmouth.

Ainsworth and Pompey’s Danny Cowley were interviewed as Sunday’s match progressed and TV cameras were also allowed into the dressing rooms.

“The more cameras the better for me. It’s about time football became a little bit more open.

“We have some brilliant traditions and want to keep hold of them, but access to the players, they are idols and role models for youngsters and people want to see them, they want to see what goes on behind the scenes.

“Having an American owner [Rob Couhig] really helped, we opened up and things went well.”

Wycombe reached the League One play-off final last season and are now 10th in the table, just three points behind Peterborough in sixth, as Ainsworth looks to lead them back to the Championship following a solitary season in the second tier in 2020-21.

And he insisted “we actually play a lot more football than people think” following the victory over Portsmouth.

“I tried to chuck in a surprise formation with Brandon (Hanlan) starting instead of Sam Vokes and I think Danny picked the biggest team he could,” Ainsworth said.

“The front four’s pace, getting in behind those big lads, really showed its worth.

“If I’d played Sam Vokes we’d have been tempted to go into him but Raggett, Morrison, Robertson, Ogilivie – all centre-halves – and they would have tried to just eat that up, so there was a big thought in what we were going to do.

“All I can do is give the boys the template, they have to put it in place and I was really proud of them and we thoroughly deserved the win.”

Wycombe are away to Lincoln on Saturday and their December fixtures also include games against second-placed Ipswich Town and leaders Plymouth Argyle. 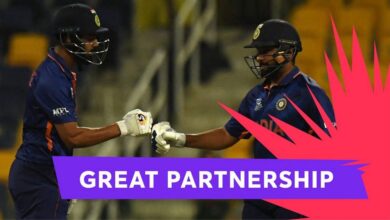 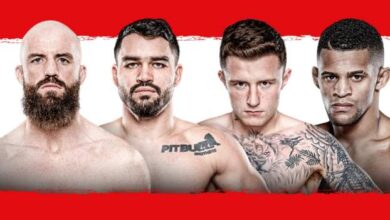 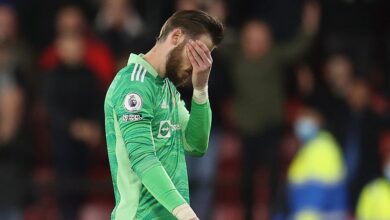 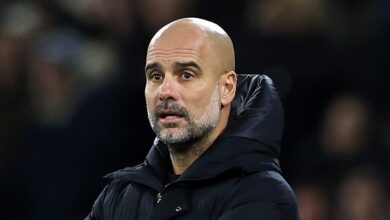 Manchester City 7-0 Leeds United: Pep Guardiola ‘pleased and proud of his consistent side