What is the most appropriate attire to face 11 hostile Australians?

If you said a small white towel, you have a lot more in common with Faf du Plessis than you might have thought.

The incident occurred almost five years ago but has already been enshrined in cricket folklore.

During the first of four Test matches between Steve Smith’s Australians and Du Plessis’s Proteas, on-field verbal abuse escalated in the players’ tunnel in Durban.

It was tea on the fourth day. Aiden Markram, who’d take his score of 85 to 143 before being dismissed, and Quinton de Kock were battling to save the Test.

Du Plessis had already been bowled by Pat Cummins for four and was cooling off in the shower when he heard a commotion outside the dressing room door.

With little concern for the optics, he grabbed a towel, tightly wrapped it around his body, and went to investigate what was going on.

He found David Warner hurling a torrent of abuse at De Kock. Violence was in the air and only avoided thanks to players on both sides. Tensions only cooled once Du Plessis’ bare chest and shoulders entered the scene.

This is just one anecdote of a cricket life recounted by Du Plessis in his book, Faf: Through Fire, which went on sale this month.

But it’s not a traditional tell-all which stitches together a series of first-hand accounts from a 10-year career.

“My story is about failure,” Du Plessis tells the BBC. “I didn’t want to write a cricket book. I wouldn’t have started if that was the aim.

“I wanted to write a book about leadership, about relationships, about struggle. That’s what this is about. I wanted to create something that people would be able to relate to.

“They might see me as an elite athlete and cricket captain, but I was a person who was filled with self-doubt and insecurity. And that’s OK.

“I wanted to give people things they could then say, ‘I know what that feels like’. I hope this connects with people even if they aren’t cricket fans.”

Warner is an important villain in the piece. That incident during the Durban Test, which ended in a 118-run win for Australia, was just the first flashpoint across a volatile series that would be the highlight of Du Plessis’ four-year tenure as captain.

“Australia wanted to bully us,” he says. “We had to stand up for ourselves. They abused us that whole game but the way we fought back turned the series around.”

The former, a strapping fast bowler, was routinely hugged and often kissed by Du Plessis who wants to show that it’s OK for even so-called ‘alpha’ men to show physical affection with other men.

Once he learned to accept this, he was able to find comfort in his own journey, one that took a lot longer to reach the apex of his sport.

The pair are not as close as they once were. De Villiers’ sudden retirement was destabilising for a team that had lost Graeme Smith, Jacques Kallis and Morne Morkel in quick succession.

Dale Steyn and Hashim Amla were fading forces by this stage. On the eve of the 2019 World Cup, De Villiers sought a late re-entry to the squad. Du Plessis rejected the request from his old mate.

None of this was on their radar when the third Test of the 2018 series against Australia kicked off in Cape Town. By then, momentum had shifted.

And with South Africa once again in control, a young Cameron Bancroft was caught on camera stuffing a piece of sandpaper down his pants.

‘Sandpapergate’ is well covered in the book and Du Plessis expresses sympathy for Bancroft, whom he presents as an impressionable stooge, and Smith, a captain and player that has Du Plessis’ admiration.

Warner, though, is a separate matter.

“He was a bully,” Du Plessis says. “I don’t have time for bullies.”

Not that Du Plessis is throwing stones from a glass house. He makes no attempt to downplay his own brushes with controversy.

There was ‘Zipgate’ – where he was found guilty of rubbing the ball on the zipper of his trousers against Pakistan in 2013 – and ‘Mintgate’ – an incident in 2016 against Australia where he was seen applying residue and saliva from a mint onto the ball.

“I’m not perfect,” he says. “I’ve never claimed to be. I’ve never been the most talented player.

“Yes, I have talent, but it’s hard work and mental toughness that got me to where I am. I like to think that I’ve been able to control myself and take myself to places that went beyond my natural talent.”

His 110 not out off 376 balls to save a Test in Adelaide on debut is the best example of this, though he does remember a time when his calm exterior melted under the bright lights of centre stage.

It was during the quarter-finals of the 2011 World Cup. South Africa were cruising towards their target of 222 set by New Zealand.

Du Plessis, “as confident as any man could be”, as he says, walks out to the wicket in Mirpur and joins a free-flowing de Villiers with his team on 124-4.

Du Plessis defends his first ball, nervously. His second ball is nudged towards mid-wicket and he calls for a single that wasn’t there.

De Villiers puts in a dive but is short of his ground. South Africa would lose the match by 49 runs as another World Cup went up in smoke.

“When that happens, your whole world stops,” du Plessis says. “You’re hit with this wave of pressure. It’s like, ‘Oh no, what’s happening? What will the fans think? What will the media say?’ You start worrying about the past and the future and forget the present.

“The New Zealand players were all over me. They started calling me a choker. I held a lot of resentment towards them for a long time.”

Du Plessis was docked 50% of his match fee for shoving New Zealand’s 12th man, Kyle Mills. Afterwards he received death threats as he was blamed for the de Villiers run out. It was only his 10th ODI.

He’s hardened since then. His inner circle has tightened and no longer includes de Villiers. This book offers a glimpse behind the curated exterior.

It tells the story of a player at a crossroads in the game, a champion in his country’s colours now consigned to being a freelancer on the global franchise circuit.

“If things had gone differently I could have played in last year’s World Cup, maybe even this one [2022 T20 World Cup] too,” he says.

“People expect me to not feel these negative emotions because I’m the leader. If nothing else, I hope that I showed that it’s OK to be weak and lead at the same time.” 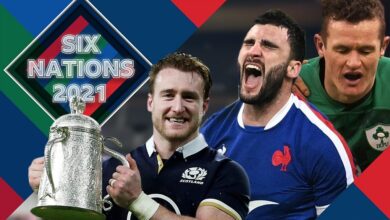 Best of 2021: Six Nations – Was this year’s the best ever? Watch the unforgettable moments 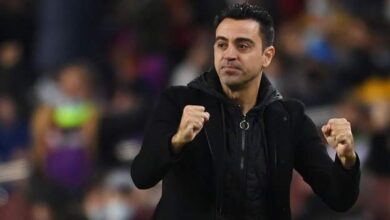 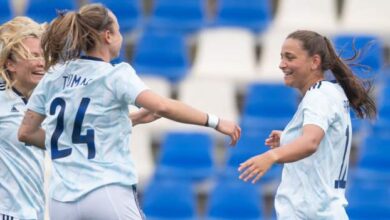 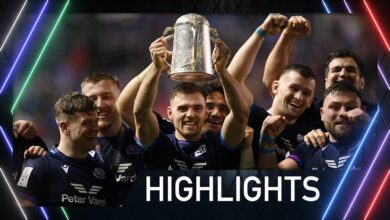