There were giant-killings, late goals and much more to savour as the FA Cup third round continued apace on Saturday.

Championship sides Blackpool, Burnley and Sheffield Wednesday all knocked out Premier League opposition, while National League Wrexham produced what may prove to be the shock of the round by defeating Coventry of the Championship in a thrilling tie.

BBC Sport rounds up a busy day of action.

Newcastle have enjoyed an outstanding campaign so far, a last-gasp defeat by Liverpool at the end of August their only loss in all competitions prior to Saturday’s visit to Hillsborough.

Sheffield Wednesday, themselves on a 13-match unbeaten run in League One, matched their top-flight opponents for long spells and took a deserved lead through Josh Windass seven minutes into the second half.

Windass’ second of the game gave Darren Moore’s team a two-goal cushion, but second-half substitute Bruno Guimaraes pulled one back for the Magpies to set up a tense finale. Chris Wood then spurned a glorious opportunity to force a replay, blazing over the bar from an excellent position as the Owls held on for a memorable 2-1 win.

Blackpool went into their third-round tie with Nottingham Forest in the Championship’s bottom three, but Steve Cooper’s team were no match for the Seasiders in a 4-1 defeat at Bloomfield Road.

Cooper made 11 changes to the side that beat Southampton in the Premier League in midweek and his charges put in a disjointed display, falling behind through Marvin Ekpiteta’s first-half strike.

Manuel Benson’s opener was cancelled out by Ryan Christie, but two well-worked efforts from Anass Zaroury put the Clarets on course for their 12th win in 14 games.

Dominic Solanke gave Bournemouth hope, only for Benson’s second of the game to complete the scoring.

Since the foundation of the Premier League in 1992-93, the most top-flight sides to be knocked out in the third round stands at nine in 2007-08.

Everton, Crystal Palace, Nottingham Forest, Bournemouth, Brentford and Newcastle have already fallen at the first hurdle this season, and with two all-Premier League ties still to come they are guaranteed to be joined by two more top-tier clubs.

With Leeds, Aston Villa and Arsenal taking on lower-league opposition before the weekend is out, there is plenty of scope for further upsets involving Premier League teams.

National League high-flyers Wrexham produced arguably the biggest shock of the round so far, knocking out Championship Coventry in a seven-goal thriller.

Efforts from Viktor Gyokeres and Kasey Palmer set up a nail-biting finish, but Wrexham, who are owned by Hollywood stars Ryan Reynolds and Rob McElhenney, held on to reach the fourth round for the first time since the 1999-2000 season.

Fellow non-league club Chesterfield were minutes away from knocking out Championship opponents, as West Brom struck deep into stoppage time to salvage a replay with a 3-3 draw.

Two goals in five minutes from Armando Dobra left the home supporters inside Technique Stadium dreaming of a famous victory, only for Thomas-Asante to equalise in the third minute of second-half stoppage time.

Boreham Wood will join their National League rivals in the hat for the fourth round after Lee Ndlovu struck 12 minutes from time to cancel out Ryan Astley’s early opener and take League One Accrington Stanley to a replay.

Championship Sunderland avoided an upset by the skin of their teeth, Ross Stewart and Luke O’Nien scoring twice in second-half added time to earn the Black Cats a 2-1 win over Shrewsbury after Matthew Pennington nodded the hosts ahead.

There was no such joy for second-tier Rotherham, who were thumped 4-1 by League One Ipswich. Three goals in the final 16 minutes from Conor Chaplin, Freddie Ladapo and Wes Burns secured victory for the 1977-78 winners after Conor Washington had cancelled out Cameron Humphreys’ opener.

Argentina international Mac Allister was in sparkling form for Brighton in only his second Seagulls appearance since returning from Qatar, scoring twice – including an outrageous flick – in a 5-1 victory at Middlesbrough.

The midfielder, who came on after half-time, produced a cheeky finish from Pervis Estupinan’s drilled cross to put Brighton 3-1 ahead before tapping home the visitors’ fourth.

Elsewhere, Harry Kane closed to within one goal of Jimmy Greaves’ Tottenham record to deny League One Portsmouth a third-round replay.

Kane exchanged passes with Ryan Sessegnon before curling into the far corner for the only goal of the game – and his 265th strike in Spurs colours.

The England captain can equal, or even break, Greaves’ record in the north London Premier League derby against Arsenal on 15 January.

Premier League strugglers Southampton breathed new life into their faltering campaign by coming from behind to defeat Crystal Palace 2-1.

Nathan Jones’ Saints are rooted to the foot of the Premier League table, but the former Luton Town boss was pleased with his team’s character and resolve against Palace.

“It’s been the toughest week of my career, but the response has been fantastic,” said Jones, whose only previous win as Southampton boss came against League One Lincoln City in the Carabao Cup in December.

“We started a bit edgy, but we showed real zest after that and showed the side we can be. It’s been a tough week, but the response has been fantastic.” 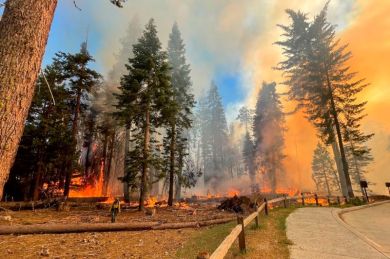 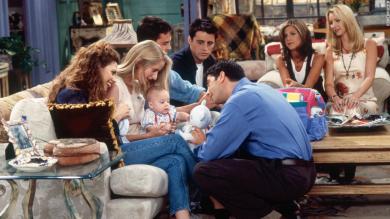 ‘Friends’ fans in China furious over censorship of key plotlines 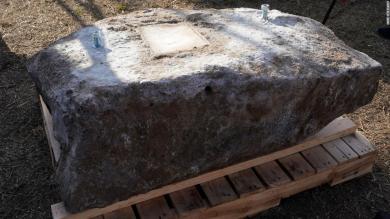 Experts are still attempting to open an 1887 time capsule that was found in a Robert E. Lee Statue