Liverpool boss Jurgen Klopp said he “could not be prouder” of his quadruple-chasing side after they beat Chelsea on penalties to win the FA Cup.

The Reds replicated their shootout win over Chelsea in the Carabao Cup final by triumphing 6-5 on spot-kicks after a goalless 90 minutes and extra time.

“I couldn’t be more proud of my boys, the shift they put in, how hard they fought,” Klopp told BBC Sport.

“It was an incredible game, a nerve-wracking shootout, my nails are gone.”

Klopp, 54, became the first German manager ever to lift the FA Cup after edging out compatriot Thomas Tuchel in a Wembley final for the second time in less than three months.

As in February’s final, the shootout went to sudden death with Alisson’s save from Mason Mount handing Liverpool the advantage before Konstantinos Tsimikas slotted home the winning penalty.

“It was intense – Chelsea would have deserved it exactly the same way we did, just like in the Carabao Cup – that’s how small the margins are,” added Klopp.

“Chelsea played outstanding but in the end there must be one winner and that was us today.”

‘Chelsea were mentality monsters too’

Klopp has famously christened his side “mentality monsters” for the way they have responded to setbacks as they chase glory on four fronts this season.

But the Reds boss said Tuchel’s Chelsea also merited that moniker after playing their part in another absorbing encounter between the two clubs.

The sides traded gilt-edged chances during a rollercoaster period of normal time and each struck the woodwork – Luis Diaz and Andy Robertson for Liverpool and Marcos Alonso for Chelsea.

“I really feel for Chelsea – for the second time, 120 minutes and you get nothing, that’s too hard. But for us I’m pretty happy,” added Klopp.

While Klopp was full of praise for the beaten finalists, BBC Sport pundits marvelled at his Reds side after they secured the second trophy in their quadruple quest.

“What a team Klopp has put together,” former England striker Alan Shearer told BBC One. “To have two trophies already and the way they have done it – that takes belief, incredible.”

Ex-Tottenham midfielder Jermaine Jenas added: “They were pushed all the way. They were tested. The questions were asked and they’ve come out on top again.” 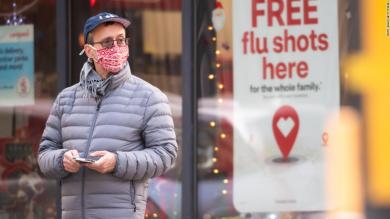 Covid: Rules relaxed in Wales and Scotland, but should the Omicron plateau worry us? 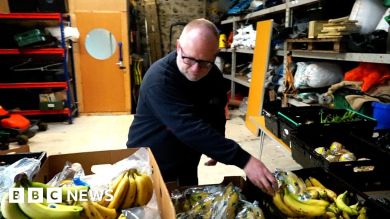 Community Fridge: ‘Our fridge saves a tonne a month from landfill’ 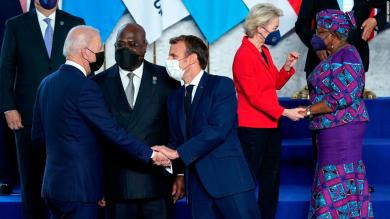