Paul Simpson was in his car returning from the weekly trip to the supermarket with his wife, Jacqui, in June 2021 when his mobile phone started ringing.

“It was the hospital to say ‘we’re really sorry, but you have got a tumour in your kidney and we need to get you booked in for surgery as soon as possible,” says the Carlisle United boss.

“It hits you like a sledgehammer as soon as somebody mentions cancer. My wife was really upset and very concerned.”

Three weeks later Simpson, 56, was undergoing a seven-hour operation to remove his left kidney after being diagnosed with renal cell carcinoma – a type of kidney cancer.

England boss Gareth Southgate was among those to reach out and offer support.

Four years earlier, Simpson had become only the second England manager to win a World Cup after leading the Under-20s to glory in 2017.

“Gareth called to see how I was and say how shocked he was,” adds Simpson. “For him to get in touch and wish me all the best, it was massively appreciated.”

While Southgate is preparing for England’s World Cup Group B game with the United States later (19:00 GMT), Simpson is getting ready to manage Carlisle, his hometown club, against Walsall in the second round of the FA Cup on Saturday (15:00).

“I know I’m really lucky to still be involved in football and I’m lucky I had a damned good doctor who diagnosed my cancer and dealt with it,” says Simpson.

‘I was wasting away’

Bristol City were preparing to return to pre-season training and Simpson, part of Nigel Pearson’s backroom team at Ashton Gate, was booked in for an annual health check arranged through the League Managers’ Association.

“I’d had a dry, throaty cough for about 12 months. It wasn’t painful but I was coughing every four or five words,” recalls Simpson.

“I’d had lots of tests and tried asthma inhalers and tablets. Nobody could give me an idea of what was causing it.”

In many cases, there are no obvious symptoms of kidney cancer at first and it may only be found during tests for another condition or reason.

It was during Simpson’s health check at the Wilmslow Hospital, Cheshire, that Dr Sally Harris suggested a computerised tomography (CT) scan to try and discover what was causing him to cough so much.

“I felt really well, I was keeping myself fit and living a good lifestyle,” says the former Preston, Shrewsbury and Stockport boss.

“It showed up on the scan I had a tumour.”

Three weeks after his diagnosis, Simpson had an operation to remove the kidney at Christie Hospital, Manchester.

Prior to surgery, the former Manchester City and Derby winger was forced to self-isolate at home for two weeks and recalls losing one and a half stone in weight.

At that time, Simpson and his wife were living in the Derbyshire market town of Ashbourne and neighbours would leave cake on their front door step.

On the morning of the surgery, Simpson said an emotional goodbye to Jacqui outside the hospital. She was not allowed inside due to Covid restrictions.

The operation was a success.

By the end of August, just weeks after being diagnosed, Simpson was back at Bristol City – grateful he was able to carry on with his life. Others on his ward were not so fortunate.

“There were people much worse off than me. There were some really sad cases,” Simpson says.

“They took away my left kidney. The tumour was in the middle of it. There are millions of people in the world surviving with one kidney who have no issues whatsoever.

“I was really lucky that my cancer was diagnosed and that it was dealt with quickly.”

‘I don’t get screwed up like I used to’

Simpson, who is due a post-surgery scan in January, left Bristol City in October 2021.

“It’s a fantastic club. All the staff kept in touch when I was off and I got messages from different players every day. It was as though they had a little rota going.”

Four months later he was back at League Two Carlisle, a club close to his heart and who he twice lead to promotion during his first stint in charge between 2003-2006.

“I was born five minutes away from Brunton Park, just off London Road in Oswald Street,” he says. “I supported Carlisle growing up. My dad used to stand on the Warwick Road and I would be in the kids’ pen just below that.”

Twenty years after being offered his first managerial post at Rochdale, Simpson feels at home at Carlisle. He is also a changed man – and not because of the cancer.

“The cancer makes you appreciate life but I don’t really think it’s cancer that has changed me,” he adds. “When I first went into management, I got so screwed up with trying to be brilliant and trying to chase the dream.

“Stress goes with the job, but I don’t get screwed up about it like I used to.”

‘It will live with me forever’

Simpson and his wife have relocated from Ashbourne to Cumbria since he landed his latest job.

Pride of place in his study is his World Cup winner’s medal from five years ago, which hangs over a framed letter signed by Prince William congratulating the England team on their success in South Korea.

Simpson was only the second England manager after Sir Alf Ramsey in 1966 to win a World Cup. Steve Cooper, now manager at Nottingham Forest, became the third later in 2017 after the Under-17s triumphed in India.

Several of Simpson’s team in South Korea have gone on to play for Southgate’s senior side including Fikayo Tomori, Dominic Calvert-Lewin and Kyle Walker-Peters.

“It’s a memory that will stick with me forever,” says Simpson on leading the national team to victory.

Life as a League Two manager does not allow much free time but Simpson hopes to watch Southgate’s side at the World Cup on television.

“While the World Cup is on our season is carrying on as normal, but I will certainly be watching if I get the opportunity,” he says.

“Hopefully Gareth, Steve [Holland] and all the players can perform to the levels they are capable of. If they do they have a good chance.” 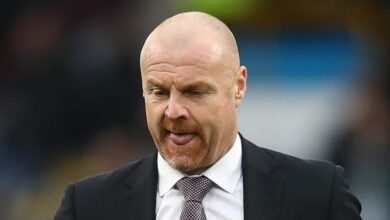 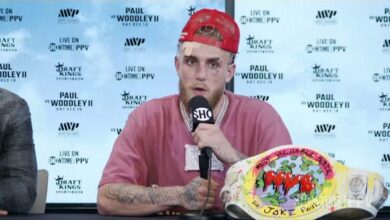 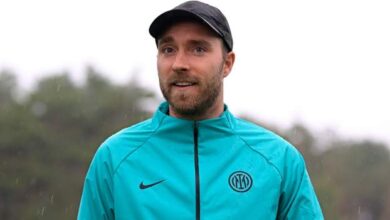