Andros Townsend’s brilliant goal capped another comeback win for Everton as victory over Burnley moved them level on points with the Premier League’s top three.

Townsend, a free transfer arrival in the summer, also set up an equaliser for Michael Keane, whose header cancelled out Ben Mee’s nodded finish on his 200th appearance for the Clarets.

Five minutes later, the Everton winger scored himself with a curling 25-yard finish into the top corner to send Goodison into delirium.

It got even better for the home fans as a minute later Abdoulaye Doucoure’s lovely through ball found Demarai Gray, who tucked past Nick Pope for his third goal of the season.

It completed an amazing turnaround for Rafael Benitez’s side, who now sit level with Manchester United, Chelsea and Liverpool on 10 points after an unbeaten start to the campaign.

A dramatic game was also punctuated by moments of controversy when Mee was body-checked by Richarlison, who escaped punishment. Burnley defender James Tarkowski seemed to exact revenge on the Brazilian with a full-blooded challenge by the sidelines.

But, in both cases, referee Martin Atkinson deemed there was no foul, let alone further punishment.

Benitez was particularly incensed by the tackle on the Everton forward, who was operating up front on his own in the absence of Dominic Calvert-Lewin, who is set to miss two-three weeks with thigh and toe injuries.

The Everton boss, however, will be pleased his side came through a tough encounter without their top scorer as an exciting start to the season continued.

Burnley are still searching for their first win and remain 18th with a single point.

Townsend the architect of stunning win

The reaction from home fans to this success was in stark contrast to the end of the first half, where Burnley edged an ugly encounter.

But, after also coming from behind to beat Southampton on the opening weekend by the same scoreline, Benitez once again showed he still has the magic touch.

On that occasion a tactical tweak turned the game in Everton’s favour. This time it was Townsend who was the architect of a fine victory, which banished memories of their poor home form last season under former boss Carlo Ancelotti.

Townsend and Gray have been revelations since signing for the Toffees for a grand total of £1.7m this summer.

Their constant running has injected pace and versatility into the side and, on a day when Everton missed Calvert-Lewin and a 3-4-3 formation seemed to be misfiring, the pair showed why they are fast becoming fans’ favourites.

They were largely silent in the first period, however, as Everton struggled to deal with a direct and robust Sean Dyche side.

Dwight McNeil, linked with a move to Everton in the transfer window and scorer of the winner here last season, served up a delicious cross to Chris Wood, who could not get a firm contact on his header. Mee and Josh Brownhill also went close.

But a sedate match sparked into life around the half-hour mark when the home crowd were quick to show their frustration with the players and tempers began to flare on the pitch.

Richarlison body-checked Mee, with Ashley Westwood and Seamus Coleman – who shrugged off a hamstring injury to start – arguing in the aftermath.

Tarkowski seemed to seek retribution by steaming through Richarlison on the touchline.

In the end, three Everton goals in 16 minutes, and a debut for new striker Salomon Rondon, proved the best response of all. 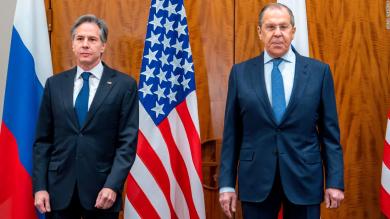 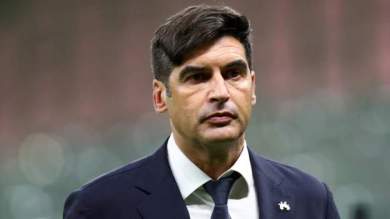 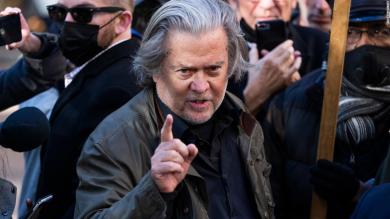 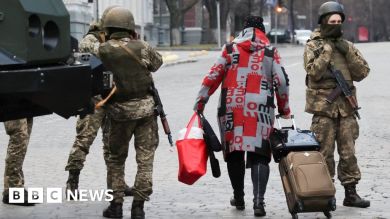 Ukraine conflict: Your guide to understanding the story