Aston Villa goalkeeper Hannah Hampton and Manchester United forward Alessia Russo have been recalled to the England squad for the World Cup qualifiers against Northern Ireland and Latvia.

Williamson’s Arsenal team-mate Jordan Nobbs has been left out of the squad.

Nobbs, the most high-profile omission, missed out on convincing victories against North Macedonia and Luxembourg in September’s qualifiers because of an ankle injury, but has since returned for her club.

Racing Louisville forward Ebony Salmon is left out this time despite being involved in September, while Manchester City midfielder Keira Walsh is back to full fitness and included once again.

England are top of their 2023 World Cup qualifying group, having beaten North Macedonia 8-0 and Luxembourg 10-0.

The Lionesses will play their first competitive game at Wembley when they face Northern Ireland on 23 October, before playing in Latvia on Tuesday 26 October.

The continued absence of Roebuck means the battle to become England’s next regular starting goalkeeper continues, with Mary Earps getting the chance to stake a claim in the last round of qualifiers and promising 20-year-old Hampton hoping for a chance this time.

Manchester City forward Ellen White is included as she continues her bid to break Kelly Smith’s women’s record of 46 goals for England – a target of which she is currently three short. 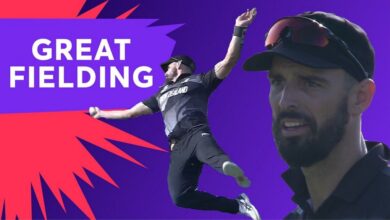 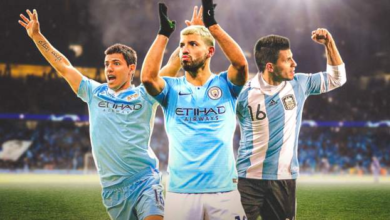 Sergio Aguero: From ‘worst trainer in the world’ to Man City ‘icon’