The coach who guided Emma Raducanu to her astonishing US Open triumph says her mental strength is “truly special”.

Andrew Richardson was hired after Wimbledon for the trip to the United States, but says there have not yet been any conversations about the future.

“No, no conversations,” Richardson said, shortly after being presented with the winning coaches’ trophy by the teenager.

“This is obviously a moment that doesn’t happen very often so I’m going to enjoy that, and I think she should as well.

“I’m sure when we get back to England, we’ll sit down and see what the plans are, so we’ll see.”

Richardson, who until the end of last year was the head performance coach at Culford School, set Raducanu no result-orientated targets over the seven-week trip.

But the 47-year-old did tell her after US Open qualifying that someone was going to have to play very well to beat her.

“For me, the biggest strength she has is the mind,” said Richardson, who also worked with Raducanu from the age of 10.

“I think everything starts with the mind and the strength she has shown throughout the trip; and the resilience she showed.

“Her ability to deal with adversity and compete is where it all starts. I’ve known her from a young age, and she’s always had that.

“I’m not sure it can be coached. I think a lot of it is parenting, and her parents should take a lot of credit for the person Emma is. The mental strength she has is truly special.”

Where will Raducanu play next?

After completing a photo shoot and a round of media interviews on Saturday evening, Raducanu enjoyed a midnight dinner with her team at their hotel.

The champion must now decide how many more tournaments she wants to compete in over the course of what remains of the season.

The prestigious WTA event in Indian Wells is just over three weeks away and although Raducanu’s ranking will rise to 23, she would compete as a wildcard as the entry list has already been published.

If she plays and performs well in California, there is an outside chance Raducanu could qualify for the season-ending WTA Finals for the year’s top-eight players.

The Finals are expected to be staged in Guadalajara, Mexico, in early November, although that is yet to be officially confirmed.

Expectations will inevitably be high next year, and the LTA’s head of women’s tennis Iain Bates has sounded a note of caution.

“There has to be a degree of perspective in that Emma’s not yet played a full year on tour,” he told BBC Sport.

“She needs to do so many other things around getting used to tour life, and learning how to play and compete and win, week in week out.

“I think we should be optimistic for the future but we might need to give her some time to find her feet and develop into a player who hopefully we can watch for many years.”

Virginia Wade, the last British woman to win a major singles title at Wimbledon in 1977, said on BBC Breakfast: “I’m just so thrilled that someone as good as Emma has come along and taken the world by absolute storm and just been brilliant.

“She has played really well the whole tournament. She’s dismantled her opponents. She has got the attributes that you need to make a champion.”

Tracy Austin, who in 1979 became the youngest ever winner of the US Open at 16, told the Today Programme: “Now I would say people around you are really important – your family, friends and agents. [I would say] just to stay grounded and she seems to have that ability.

“I think sometimes when you are young you just don’t get how life-changing that moment can be and that can be helpful. It is a danger that the press can start to get ahead of themselves. She is only 18 so let’s give her a chance to breathe and not set the bar too high quite yet.”

Former British number one Tim Henman said on the Today Programme: “Her game has gone to a completely different level. Mentally and emotionally, I think that’s been challenging to keep up with. She’s been overcoming big hurdles day after day. What’s been astonishing is how she’s taken it in her stride.

“For world tennis, it’s really changed the landscape in the last few weeks. I think I’m still slightly in shock so I dread to think how she feels.

“I’ve been around the game long enough to know who is good. She’s the real deal. She’s going to win more of these events in the future. She’s going to be a superstar in this sport – an incredible role model for young girls and young children.”

Former Wimbledon champion Marion Bartoli said on BBC Radio 5 Live Breakfast: “It takes someone very special to win the US Open at 18 years old in the fashion she did it.

“She is just getting started. She knows where she wants to sit in the history books. For her, it is the first stop to winning 10, 15 or even 20 Grand Slams. The UK has been waiting for so long to have that kind of champion on the women’s side and to finally find that person is so exciting for the country.”

Former French Open champion Sue Barker told BBC Radio 5 Live Breakfast: “She was taking her A-levels a few months ago. She had never met or played these players before. The manner in which she was winning the matches was what blew me away. That is something that is so exciting.

“We are not [getting carried away]. This girl is truly special. The joy that she brings to the court, the role model she has become now… this is something to really celebrate in sport. 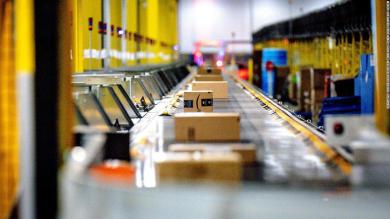 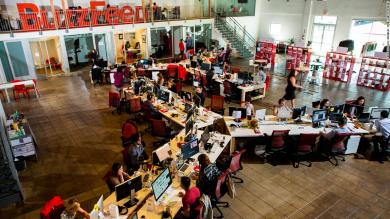 BuzzFeed is voting to go public, but much of its staff just walked out 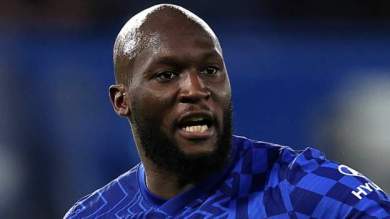 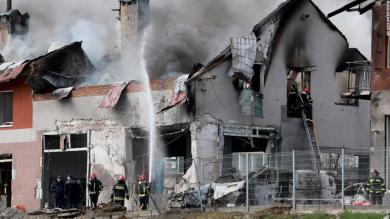