Elton John has become the latest celebrity to say they are leaving Twitter, following Elon Musk’s takeover of the social media platform.

The 75-year-old star announced his departure from the social media platform on Friday, telling his 1.1 million Twitter followers: “All my life I’ve tried to use music to bring people together. Yet it saddens me to see how misinformation is now being used to divide our world.”

He added: “I’ve decided to no longer use Twitter, given their recent change in policy which will allow misinformation to flourish unchecked.”

Musk, who had repeatedly questioned Twitter’s commitment to free speech, has made a number of controversial changes to the platform since buying it for $44 billion in October. The Tesla CEO faced a backlash after initiating mass layoffs, reinstating the accounts of controversial figures including former President Donald Trump, and rolling back a Covid-19 misinformation policy.

John’s departure comes amid mounting concerns over a rise in hate speech on Twitter.

Former White Stripes frontman Jack White said last month that he was removing his record lable from the platform, writing in an Instagram post that Musk’s decision to reinstate former President Donald Trump’s account was the final straw.

“The View” co-host Whoopi Goldberg announced she was “done with Twitter” during an episode of the ABC talk show, after listing all the controversial announcements Musk has made since completing his takeover. 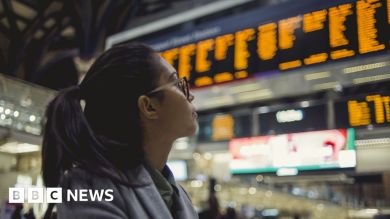 Rail strikes: Passengers urged not to travel during walkout

Covid-19: No need to cancel Christmas parties and call for pre-arrival testing