Unlike the 2021 runoffs, control of the Senate is not on the line, with Democrats having won 50 seats already and Vice President Kamala Harris giving the party a tie-breaking vote.

However, the stakes remain high: A Warnock victory would give Democrats the majority outright, rather than requiring the power-sharing agreement that is now in place. Democrats would have the majority on committees, allowing them to advance President Joe Biden’s nominees more easily.

Georgia’s Supreme Court delivered Warnock a victory Wednesday, allowing counties to offer early voting on Saturday. Democrats said they expected as many as 22 counties to do so – some in heavily populated areas around Atlanta, including DeKalb and Fulton, as well as Chatham County, home of Savannah.

That 2021 law cut in half the timeline for runoff elections, to four weeks, and limited the early voting window to a minimum of five days rather than the minimum of 16 days that had been in place when Democrats won two Senate runoffs in the state in January 2021.

As many as 22 of the state’s 159 counties let voters cast their ballots Saturday.

At a polling site in Atlanta, Boston College student Emma Demilio said she probably wouldn’t have been able to vote in person if the early voting sites hadn’t opened.

“This is kind of the only time that I’m in Georgia and able to vote. I leave tomorrow, so I was really happy I was able to get it in,” she said, adding that she may have tried to scramble for an absentee ballot.

Warnock continues to outraise Walker as they enter the final stretch.

Warnock raised nearly $52.2 million from October 20 through November 16, a period covering the end of the general election and roughly the first week of the runoff. Walker collected $20.9 million in that time, according to his campaign’s filings with the Federal Election Commission. Warnock ended the period with more than $29.7 million remaining in the bank, more than three times the $9.8 million left in the coffers of his rival.

Warnock is set to bring in a top Democratic surrogate: Former President Barack Obama is slated to travel to Atlanta on Thursday for a rally ahead of the final day of early voting.

So far, Obama is the only president past or present slated to visit Georgia ahead of the runoff.

Neither President Joe Biden, to whom Walker’s campaign has tried to latch Warnock, nor former President Donald Trump, who was in office when Republicans lost two Senate runoffs two years ago, have scheduled trips to the state. On Saturday, Warnock appeared with Sen. Cory Booker (D-NJ) at a rally in Sandy Springs, just outside of Atlanta.

Trump allies, including Sens. Ted Cruz of Texas and Lindsey Graham of South Carolina, have been out in force for Walker, the former president himself has not campaigned with the candidate he recruited.

Other Republicans, meanwhile, are rallying around Walker, with the Senate Leadership Fund, the super PAC aligned with Senate Minority Leader Mitch McConnell, pumping more than $10 million into the race since the general election.

In addition to the new influx of outside spending, Georgia Gov. Brian Kemp, who cruised to re-election earlier this month, made his first appearance with Walker on the trail after stiff-arming the former football great throughout the fall.

Kemp defeated a primary challenger backed by Trump in May and then outpaced Walker by more than 200,000 votes in the general election – a sign both of his crossover appeal to moderate Democrats and Walker’s difficulties consolidating Republicans.

Still, Democrats said they doubted Kemp could rescue Walker in a runoff election in which Walker is the only Republican on the ballot.

“People appreciate him. And they think of him as Raphael Warnock first, and as his political party and all that other stuff second,” Carter said.

It was a policy victory for the Republicans who had enacted that ban and defended it in court, but one that could come at a political cost, reviving the backlash over the Supreme Court’s reversal of Roe v. Wade that energized Democrats and swung moderate voters in their favor on the party’s way to a surprisingly strong showing in this year’s midterm elections.

In the midterms, according to CNN exit polls, 28% of Georgia voters said abortion was the most important issue to their vote – second only to inflation at 37%.

Of those who identified abortion as the most important issue, 77% backed Warnock, compared to 21% who voted for Walker – a reversal of inflation, an issue that favored Walker by a 45 percentage point margin.

“Who do you want to fight for you in the United States Senate? Do you want a guy that represents our values like Herschel Walker, or do you want a guy who’s stood with Joe Biden 96% of the time?,” said Kemp, borrowing a familiar attack from Walker, at a rally last weekend in Cobb County.

Kemp also echoes that line of attack in a new television ad launched by SLF. The governor and McConnell’s group have are also linking up for get out the vote efforts. SLF is boosting Kemp’s state operation, which has been pivoted to help Walker, with a $2 million cash injection.

Warnock’s campaign, too, is trying to win over Republicans who effectively chose Kemp over Trump.

A new ad from the Warnock campaign features a woman who says she voted for Kemp this year and describes herself as a lifelong Republican, but goes on to say she won’t support Walker in the runoff because of his “lack of character.”

Warnock has also campaigned on what should be some of Walker’s safest territory: his hometown. At an event in Wrightsville, where Walker played his high school football, Warnock asked voters to separate the sports hero from the political candidate.

“I saw what your favorite son did on the football field. I don’t mind giving credit where credit is due. That brother could razzle dazzle you on that football field. He created a lot of excitement and did a lot for the great University of Georgia. And he deserves credit for that,” Warnock said. “But tonight, we’re on a different field.”

At the same time, the Republican has faced some backlash over an ad of his own – alongside University of Kentucky swimmer Riley Gaines, who has appeared with Walker before and competed with transgender swimmer Lia Thomas, who became a focus of debate surrounding trans women’s participation in sports and has frequently been attacked in conservative media.

“For more than a decade, I worked so hard. Four a.m. practices to be the best. But my senior year, I was forced to compete against a biological male,” Gaines says in the ad.

The spot was released in the days after a gunman allegedly targeted the LGBTQ community at a gay club in Colorado. One of the five people killed was a trans man. 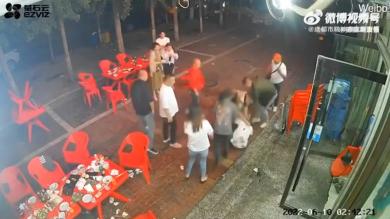 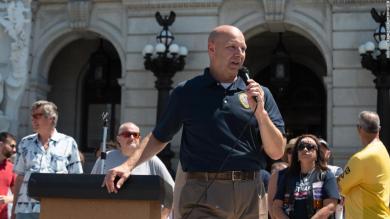 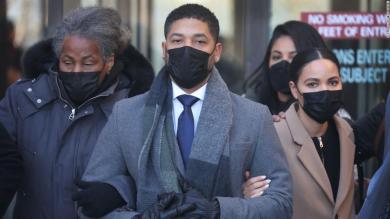 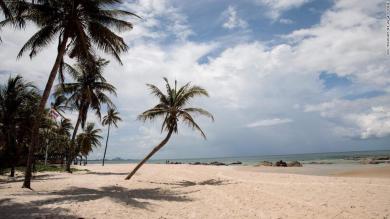 Traveling to Thailand during Covid-19: What you need to know before you go