Announcing the partnership via social media Monday, Dior said its appointment “solidifies” the singer’s friendship with the French label, and “continues a bond” with artistic director of menswear Kim Jones, who has previously created stage outfits for the K-pop band.

The post was accompanied by images showing the 27-year-old star in a series of looks from the brand’s Summer 2023 collection. Jimin, whose full name is Park Ji-min, “exemplifies the timeless spirit and singularity of Dior,” the announcement added.

Dior accompanied the announcement with a series of images of the star. Credit: From Dior/instagram

The news comes as Dior expands its presence in South Korea, which spends an average of $325 per person a year on personal luxury goods — the highest figure in the world, according to Reuters, citing analysts at Morgan Stanley.
Last year, the fashion house hosted a show in the country for the very first time, presenting its Fall 2022 collection to a star-studded audience in the capital Seoul. Another of Dior’s celebrity ambassadors, Blackpink singer Jisoo, was in attendance, where she was joined by stars including figure skater Kim Yuna and Korean American rapper Jay Park.

In a statement prior to the May event, chairman and CEO of Christian Dior Couture, Pietro Beccari, said that the label is “forging new powerful ties” with the country.

Jimin appears in a colorful look from Dior’s Summer 2023 collection. Credit: From Dior/Instagram

Chanel, Prada, Gucci, Givenchy, Loewe and Alexander McQueen have all penned deals with K-pop singers, actors or both in recent years. Jimin and Jisoo are part of Dior’s growing roster of Korean ambassadors that also includes Sehun, of the pop group EXO, and actor and model Nam Joo-Hyuk, who is one of the faces of Dior Beauty Korea.

Dior — whose parent company, LVMH, last week announced that billionaire owner Bernard Arnault’s daughter Delphine will take over as the label’s chair and CEO — currently lists more than two dozen boutiques across South Korea, including seven in Seoul’s upmarket Gangnam district. Its flagship store opened in the capital in 2015.
The label’s next menswear show takes place this Friday during Paris Fashion Week.
BTS, the first K-pop group to be nominated for a Grammy Award, has become a global sensation since debuting in 2013. The band previously announced a partnership with the LVMH-owned Louis Vuitton, though is now on hiatus as some of its seven members pursue solo projects. The oldest member, Jin, joined South Korea’s mandatory military service in December, with the band not expected to reconvene until 2025. 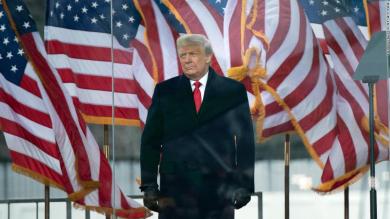 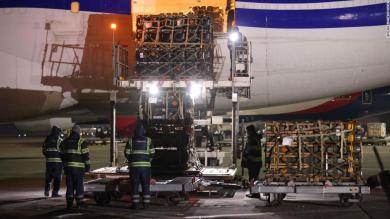 US sanctions on Russia: Top Senate Foreign Relations Committee leaders confident there will be bipartisan deal 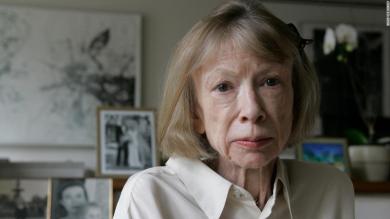 Opinion: Joan Didion saw the fault lines that would haunt us for generations