British 200m world champion Dina Asher-Smith was well beaten in her Diamond League opener as American Gabby Thomas served up a reminder of the event’s strength in depth.

Jamaica’s Shericka Jackson was closest to Thomas, with a fading Asher-Smith third in 22.37.

However the Olympic silver medallist is set to be fit for the business end of the season and, with Jamaican duo Elaine Thompson-Herah and Shelly-Ann Fraser-Pryce to also factor into the equation, it was a race to underline the challenge Asher-Smith will face to defend her title in Oregon in July.

Asher-Smith, whose only previous appearances this season have been low-key Lee Valley outings at 300m and 400m, may take comfort in her time, however.

But the Londoner was far from the only champion to taste defeat on a blustery night at the Qatar Sports Club.

In the opening event on the track, the Dominican Republic’s Olympic silver medallist Marileidy Paulino claimed a significant upset win as she proved too strong for an out-of-sorts Tokyo 2020 champion Shaunae Miller-Uibo,winning in 51.20 seconds.

Burundi’s Francine Niyonsaba, one of a clutch of athletes banned from middle distance events because of their high but naturally-occurring testosterone levels, continued her impressive switch up to longer distance as she claimed a 3,000m victory over two-time 1500m champion Faith Kipyegon of Kenya.

In front of a loud Kenyan contingent in the crowd, Abel Kipsang battled hard to see off his compatriot and world champion Timothy Cheruiyot in the 1500m.

Italy’s Gianmarco Tamberi bowed out of the high jump at 2.24m before Mutaz Essa Barshim, the Qatari with whom he shared Olympic gold last summer, was edged out by South Korea’s Woo Sang-hyeok for the win.

Great Britain’s Naomi Metzger finished down in eighth with a wind-assisted best of 14.24m – 2cm better than her legal personal best – in a triple jump contest won by Jamaica’s Shanieka Ricketts, while Beth Dobbin was sixth in Asher-Smith’s wake in the 200m.

Sweden’s world record holder Mondo Duplantis was denied a chance to rack up a 10th straight win as high wind caused the pole vault to be postponed until Saturday and shifted indoors.

Grenada’s world champion Anderson Peters moved up to fifth in javelin’s all-time list with a huge throw of 93.07m – more than five and a half metres better than his previous personal best. 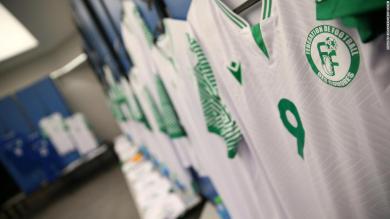 AFCON: After earning a ‘dream’ qualification, the tiny island nation of Comoros is ready to take on a continent 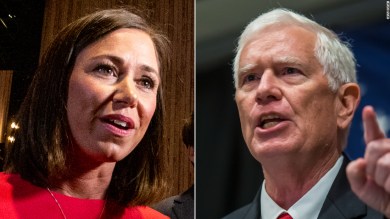 Covid-19: Is my vaccine wearing off? Plus, the Dutch ask when will lockdowns end 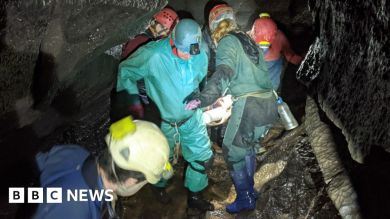 The extraordinary story of how 300 volunteers rescued a stranded caver