The report from the Senate Judiciary Committee Democrats zeroes in on Perry as a key player in Trump’s attempts to pressure the Justice Department to support his false voter fraud conspiracies, which Trump had hoped would lead to Congress overturning his 2020 loss to Joe Biden. Perry connected Trump with a Justice Department lawyer, Jeffrey Clark, who was open to his claims of voter fraud, while Trump dispatched Perry to try to convince the top DOJ brass that the election had been stolen, according to the committee.

The report cites Perry more than three dozen times and includes details about his phone call with the No. 2 official at the Justice Department and an email Perry sent afterward with alleged evidence of fraud.

Perry is one of three people Senate Democrats singled out whose connection to January 6 was “particularly notable” and warranted further investigation beyond the scope of their probe. The Senate report urges the House Select Committee investigating the January 6 attack on the Capitol to take a closer look at Perry’s actions in December 2020 and January 2021, when Trump considered replacing acting Attorney General Jeff Rosen with Clark after Rosen wouldn’t buy into his lies about election fraud.

Perry and the other two officials singled out by the report, Trump campaign legal adviser Cleta Mitchell and Pennsylvania state GOP Rep. Doug Mastriano, could all have firsthand knowledge about Trump’s efforts behind the scenes in the lead-up to the January 6 insurrection at the Capitol.

Perry was among roughly a dozen GOP lawmakers whose phone records the committee instructed telecom companies to preserve in August.

Perry, a five-term congressman and Army veteran who served in Iraq, is a member of the House Freedom Caucus that’s closely allied with Trump. He repeatedly echoed the former President’s lies about the election being stolen in the lead-up to January 6 and was involved with Trump’s efforts on Capitol Hill to try to overturn the election result through Congress.

Notably, on January 6 Perry formally objected to Pennsylvania’s results on the House floor in the hours after attack on the Capitol, sparking a tense debate that lasted into the early hours the following morning before the House and Senate reject the objection and certified Biden’s win.

In the months since January 6, Perry has not backed off his claims that the election results should have been thrown out in Pennsylvania. He also voted against creating an independent commission or a select committee to investigate the January 6 attack on the Capitol, and he was part of a group of nearly two-dozen House Republicans who voted against awarding the Congressional Gold Medal to the officers who defended the Capitol on January 6.

In a July interview with Pennsylvania television station WGAL, Perry reiterated his position that the state legislature should have intervened in the presidential race, arguing the state’s constitutional voting rules were violated, even though the courts rejected those claims.

Trump was pushing the GOP-led legislature to overturn the will of the voters to send his electors to Congress.

“The courts should have sent it back to the legislature. We either have a process that we can trust or we don’t,” Perry said.

Perry did not respond to requests for comment from CNN about the Judiciary Committee report or his conversations with Justice Department officials.

The Senate Judiciary Committee Democratic report released last week chronicles how Trump pressured the Justice Department to support his false claims of voter fraud and help him overturn the election after Attorney General William Barr stepped down in December 2020.

“Just say the election was corrupt and leave the rest to me and the R. Congressmen,” Trump told Rosen and Donoghue on December 27, according to Donoghue’s notes of the conversation provided to the committee.

The Judiciary Committee report details how Perry was involved both with Trump’s push for Congress to vote to throw out electors on January 6 and to try to convince the Justice Department to support his false election conspiracies.

Perry played a crucial role in several key meetings. Most importantly, Perry introduced Trump to Clark, which the Pennsylvania Republican has previously said he did at Trump’s request.

In the days that followed, Trump asked Perry to speak to Donoghue about his claims of fraud, and Perry talked up Clark in a December 27 call with the No. 2 at DOJ.

“He said, effectively, ‘I think, Jeff Clark is great. I like that guy a lot. He’s the kind of guy who could really get in there and do something about this,’ ” Donoghue told the Judiciary Committee.

Clark was a central player in Trump’s plot. He lobbied for the Justice Department to send letters to states that Trump lost urging them to appoint competing presidential electors for both Trump and Biden — which could have helped Republicans in Congress try to throw out those electoral votes for Biden.
After Rosen and Donoghue resisted, Trump considered replacing Rosen with Clark atop the Justice Department. Trump backed down after DOJ officials — as well as White House Counsel Pat Cipollone — threatened to resign in response.

Perry was one of the Republicans who joined a brief supporting the Texas attorney general’s unsuccessful December 2020 lawsuit to the Supreme Court to throw out millions of voters in states Biden won. After Trump’s Supreme Court case failed, the former President looked to another Hail Mary through Congress and the January 6 congressional certification of the Electoral College votes.

On December 21, Perry attended a White House meeting with Trump and members of the House Freedom Caucus to discuss the January 6 congressional certification. Soon, Trump turned to his pressure campaign of the top DOJ officials, and he named-checked Perry while lobbying Rosen and Donoghue to back the debunked fraud claims, according to the committee report.

In his December 27 call with Donoghue, Perry said he didn’t think the Justice Department had done its job on the election, according to note Donoghue took of the call.

Perry focused on fraud in his home state of Pennsylvania and asked Donoghue to provide him with evidence.

Perry followed up the conversation with an email to Donoghue forwarding additional debunked claims of election fraud from GOP state lawmakers in Pennsylvania. The claims were similar to those Trump was making, including that Pennsylvania had 205,000 more votes than voters. That was false — the analysis was based on an incomplete set of data.

According to emails obtained by the Judiciary Committee, Donoghue sent Perry’s email to US Attorney for the Western District of Pennsylvania Scott Brady, who responded that the claims “were not well founded.” 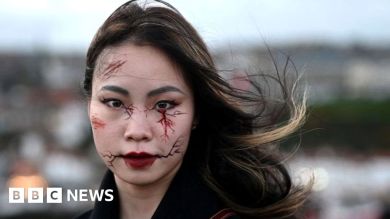 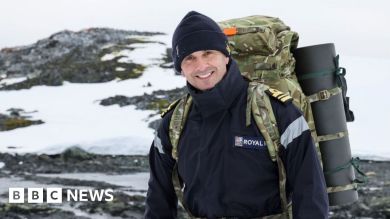 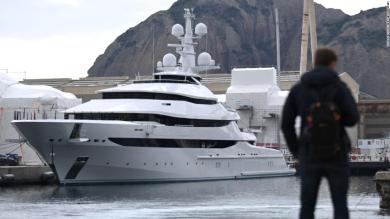 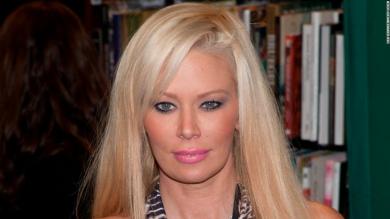