The clock is now ticking on the nation’s debt ceiling drama.

The US is expected to hit its borrowing cap as soon as Thursday, though it will not immediately start to default on its debt and set off a financial crisis.

But it does mean that Congress now has to get serious about negotiating a solution to the debt ceiling crisis, which is not expected to be easy.

Here’s what the situation is all about.

Established by Congress, the debt ceiling is the maximum amount the federal government is able to borrow to finance obligations that lawmakers and presidents have already approved – since the government runs budget deficits and the revenue it collects is not sufficient. Increasing the cap does not authorize new spending commitments.

The debt ceiling, which currently stands at $31.4 trillion, was created more than a century ago and has been modified more than 100 times since World War II.

Though it was originally designed to make it easier for the federal government to borrow, the limit has become a way for Congress to restrict the growth of borrowing – turning it into a political football in recent decades.

Still, fears of a default have prompted lawmakers to pass legislation to raise or suspend the ceiling every time, most recently in December 2021.

The US will reach its debt limit on Thursday, Treasury Secretary Janet Yellen wrote in a letter to House Speaker Kevin McCarthy last week. But lawmakers have a few months to negotiate until the government defaults.

Once the debt limit is reached, the Treasury Department will begin implementing extraordinary measures to delay a default.

It is unlikely that the government will exhaust its cash and the extraordinary measures before early June, though there is “considerable uncertainty” around that forecast, Yellen wrote. It depends in part on how much 2022 tax revenue the government collects this spring.

If the government is no longer able to borrow, it would not have enough money to pay all its bills in full and on time – including interest on the national debt. So it would likely have to temporarily delay payments or default on some of its commitments, potentially affecting Social Security payments, veterans’ benefits and federal employees’ salaries, among others.

But no one knows exactly how Treasury would handle the situation since it has never happened.

A default would also wreak havoc on the US economy and the global financial markets, as well as raise borrowing costs. Even the threat of one in 2011 caused the only credit rating downgrade in the nation’s history.

These moves are mainly behind-the-scenes accounting maneuvers. Treasury secretaries are authorized by Congress to take several types of extraordinary measures to prevent a default, giving lawmakers more time to increase or suspend the limit. Secretaries in both Democratic and Republican administrations have taken such steps.

These funds are invested in special-issue Treasury securities, which count against the debt limit. Yellen’s actions would reduce the amount of outstanding debt subject to the limit and temporarily provide the agency with additional capacity to continue financing the federal government’s operations.

No retirees will be affected, and the funds will be made whole once the impasse ends.

Recent contention in the House speaker election has raised concerns about whether McCarthy will be able to corral Republican hardliners – who see a potential default as a way to force the government to cut back spending – and negotiate a deal with Democrats, who oppose any reductions.
McCarthy said on Fox on Sunday that now is a good time to “look at the places that we can change our behavior” because “what we’re going to do is bankrupt this country.”

But the White House last week said that it would not offer any concessions or negotiate on raising the debt ceiling.

Meanwhile, House Republicans are preparing contingency plans that would tell the Treasury Department which payments to prioritize if lawmakers can’t agree to address the debt ceiling.

While the two are often confused, a government shutdown happens when Congress doesn’t pass a federal funding bill, while a debt ceiling crisis would occur if lawmakers don’t approve legislation to lift the debt limit.

Congress passed a $1.7 trillion federal spending bill last month, avoiding a government shutdown that could have caused nonessential operations to cease and could have left many federal employees without pay. The legislation will fund government operations until the end of the fiscal year on September 30. 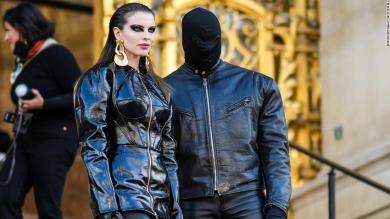 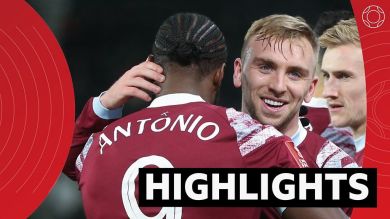 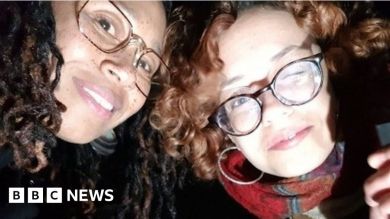 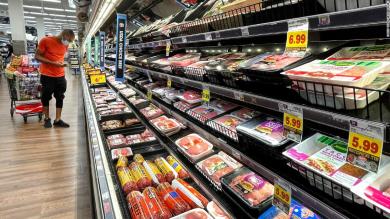 Premarket stocks: The big test for inflation is 12 months away