Personal choice for parents is emerging as a splinter issue. It is complicated by the fact that children don’t have the legal power to make their own choices and they may be required by local governments to physically attend schools.

What, then, to make of a small cadre of anti-mask and vaccine protesters confronting parents in Beverly Hills, California, shaming them for protecting their children and following school rules to wear masks? They threw in some anti-vaccination shouts, too. Watch the video.
Conservative media is seizing on the case of a Wyoming high school student arrested for trespassing after violating a school’s mask policy.
On the flip side is the situation in Wisconsin, where parents whose children tested positive for Covid-19 are suing two school districts for not requiring masks and essentially endangering children. Read about the lawsuits.
Or, sadly, the case of Nicole Sperry, who buried her 10-year-old daughter, Teresa, a casualty of the pandemic, one day and was shooting down Covid-19 misinformation at a school board meeting in Chesapeake, Virginia, the next.

“My message for you and all that are listening is that Covid is not over, no matter what people who have been standing up here have said,” Sperry, who also teaches in the district, said, according to CNN’s report. “On September 27, during the last meeting, there were parents or concerned citizens that voiced misinformation to you.”

Parental choice is the new euphemism for personal freedom. Covid-19 protection measures at public schools are turning into a key political issue — one pushed by both the Republican Party as well as frustrated parents who disagree with either public health officials or freedom-guarding politicians.

This is not a uniquely American phenomenon. CNN reported Tuesday on anti-vaccination activists in the United Kingdom targeting students and parents and spreading misinformation about the vaccines.

With authorization for younger kids in the US to get the shot expected around Halloween, look for this debate to become even more heated.

Related: It’s safe to go trick-or-treating. Here’s how to do it.

Parental choice has emerged as a major element of the Virginia governor’s race, where Republican Glenn Youngkin has seized on comments made during a debate by former Gov. Terry McAuliffe.

“I’m not going to let parents come into schools and actually take books out and make their own decision,” McAuliffe said at the debate, later adding, “I don’t think parents should be telling schools what they should teach.”

CNN’s Eva McKend and Dan Merica report that Youngkin has pivoted his campaign around the issue:

Using the rights of parents as an umbrella, Youngkin has been able to tuck in a number of other issues conservative activists have weaponized to rile up mostly White parents in suburbs across the country, including mask and vaccine mandates in schools, the role of racial equity education and transgender rights. These fights, especially on masks, have been particularly potent in the Northern Virginia suburbs, where political operatives from Washington have helped foment the anger.

Nationwide, most kids are required to wear masks at school. And parents are OK with it. A Kaiser Family Foundation survey from September found 69% of parents whose children attend in-person schools reporting masks were required there. Most parents are on board with masks in the Kaiser poll:

It’s expected that a lot of the maybes will, over time, get the shot for their kids. That’s what’s happened both with adults getting their own vaccines and for kids 12 and older, although vaccination rates for older kids still lag behind those for older Americans.

CBS asked parents about their support for masks in a different way than Kaiser, and saw the following results:

Opposition vs. anger. You can imagine it’s people from among the committed anti-mask 6% who are protesting masked kids as they walk into schools.

It’s a more sizable minority who are open to other people wearing masks but opposed to mask requirements.

The CBS News poll also uncovered festering animosity among the vaccinated toward holdouts.

Mandates, not vaccines, are the sticking point. Even most Republicans in the CBS News poll — 64% — said they prefer candidates who encourage vaccines. But only a quarter of Republicans and 54% of independents said they would back a candidate who supports mandates for vaccines.

In Texas, Abbott has tapped into Republicans’ bristling at mandates with his new ban on vaccine mandates by any entity in the state.

He has also picked a fight with the federal government, which is moving toward requiring companies that employ more than 100 people to mandate vaccines as a matter of public safety.

Set aside whether this is yet another GOP turn away from the rights of big business. CNN’s Chris Isidore writes that it puts employers and employees in the middle of competing directives from state and federal governments.

Whose vaccine order should Texas employers follow? Per Isidore: “Major business groups had welcomed the Biden plans for employer vaccine mandates. They wanted their workforces to be vaccinated, both to reduce absenteeism and health care costs, and so that they didn’t have to worry about vaccine-hesitant employees leaving and going to competitors who don’t require vaccines. But the last thing they wanted was to be caught in the middle of a legal and political battle between competing orders.” 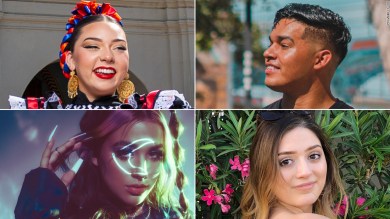 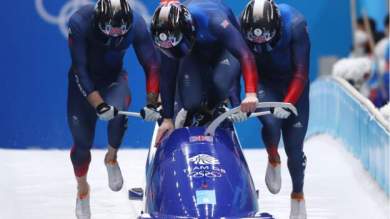 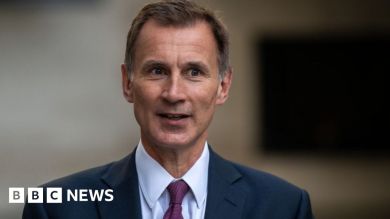 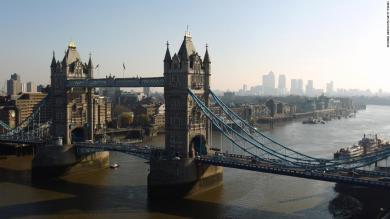