One of the two roommates who survived the fatal November stabbings of four University of Idaho students told investigators she saw a masked man dressed in black in the house the morning of the attack, according to a probable cause affidavit released Thursday in prosecutors’ case against suspect Bryan Kohberger.

The roommate, identified in the document as D.M., said she “heard crying” in the house the morning of the murders and heard a male voice say, ‘it’s ok, I’m going to help you.’” D.M. said she then saw a “figure clad in black clothing and a mask that covered the person’s mouth and nose walking towards her,” the affidavit says.

“D.M. described the figure as 5’ 10” or taller, male, not very muscular, but athletically built with bushy eyebrows,” the affidavit says. “The male walked past D.M. as she stood in a ‘frozen shock phase.’”

“The male walked towards the back sliding glass door. D.M. locked herself in her room after seeing the male,” the document says, adding the roommate did not recognize the male.

The release of the affidavit – which also says a DNA profile obtained from the trash at the Pennsylvania home of Kohberger’s family matched DNA on a tan leather knife sheath found at the scene of the killings – came as the 28-year-old suspect made his first court appearance in Idaho, where faces four counts of first-degree murder and one count of burglary.

Kohberger smiled at his public defender when he walked into the courtroom and did not appear to make eye contact with anyone else throughout the proceeding, including the families of victims who were crying in the first row and stared at the suspect throughout the hearing.

The judge Thursday upheld both prosecutors’ request for a two-year no contact order for the victims’ family members and the surviving roommates and their request that Kohberger not be granted bail. He is due back in court January 12 for a status hearing that would precede a preliminary hearing.

Kohberger was booked into the Latah County, Idaho, jail Wednesday night after being extradited from his home state of Pennsylvania, where he was arrested last Friday, almost seven weeks after Kaylee Goncalves, 21; Madison Mogen, 21; Xana Kernodle, 20; and Ethan Chapin, 20, were found fatally stabbed in an off-campus home in the college town of Moscow, Idaho.

The affidavit addresses some questions authorities have so far left unanswered, namely some of the steps used to identify Kohberger as a suspect.

Authorities had been searching for a white Hyundai Elantra seen in the area of the killings, the affidavit notes, and soon after notified area law enforcement to look for such a vehicle.

Several days later, officers at nearby Washington State University, where the suspect was a PhD student in the criminal justice program, identified a white Elantra and subsequently found it was registered to Kohberger.

Kohberger’s driver license information was consistent with the description the surviving roommate saw in the home at the time of the attack, the affidavit says, noting specifical his height and weight, 6 feet and 185 pounds, and the fact he has bushy eyebrows.

Kohberger received a new license plate for his Elantra five days after the killings, the affidavit says, citing records from the Washington State Department of Licensing.

At the time of his arrest last week, a white Elantra was found at Kohberger’s parents’ house in Pennsylvania, according to Monroe County Chief Public Defender Jason LaBar, who said Kohberger had gone home for the holidays.

Additionally, trash recovered from the home of Kohberger’s family late last month was sent for DNA testing to the Idaho State Lab, the affidavit says. The lab “reported that a DNA profile obtained from the trash” matched a tan leather knife sheath found “laying on the bed” of one of the victims.

Phone records also indicate Kohberger’s phone was near the victims’ residence at least 12 times between June 2022 to the present day, the document says. “All of these occasions, except for one, occurred in the late evening and early morning hours of their respective days.”

A court order prohibits the prosecution and defense from commenting beyond referencing the public records of the case.

Correction: An earlier version of this story gave the wrong day for the release of the probable cause affidavit. It was released Thursday. 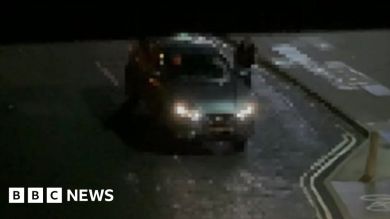 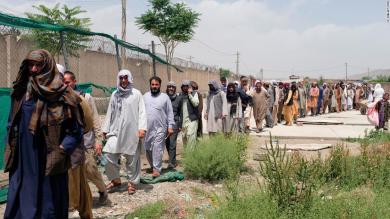 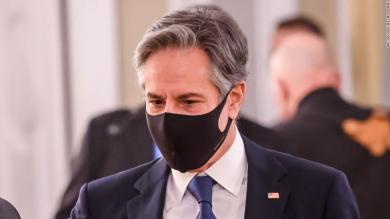 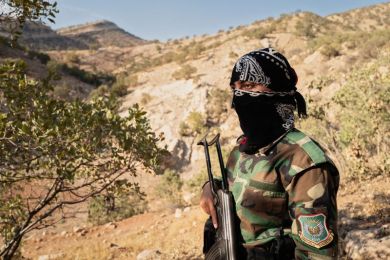 From protester to fighter: Fleeing Iran’s brutal crackdown to take up arms over the border