Fellow classmates, who are upset about the flag, planned a protest. The school’s administration announced that students would not be allowed to protest and students and their parents claim they were suspended for planning a protest against racism.

“I feel the confederate flag should not be flown at all. It is a racist symbol and it makes me feel disrespected,” said student organizer Jaylynn Murray who says four students were flying the flag on a spirit day called “farm day.”

The Black students and White and Latino classmates spoke up and planned a protest against racism.

“I felt really disrespected how the school didn’t do anything about it and when we are not allowed wear BLM (Black Lives Matter) stuff and they are allowed to carry a racist flag around, said student organizer Deziya Fain.

Murray and Fain said they began making plans to protest against racism after the administration did not discipline the students who were flying the Confederate flag and allegedly spewing racial slurs against Black students.

A parent provided CBS46 with a recording of an announcement over the school intercom Thursday where a school administrator warned students they would be punished if they tried to protest.

“The administration is aware fo tomorrow’s planned protest,” the administrator announced stating it would not be allowed at Coosa High. “Police will be present here at school and if students insist on encouraging this kind of activity they will be disciplined for encouraging unrest.”

The Black students say they were suspended. Some White students tell CBS46 they were disruptive and argumentative with administrators but they were not suspended, only Black students, according to the student protestors. By Friday, they joined together to protest outside the school throughout the day, most of them were suspended. Others chose to skip, with the permission and support of their parents.

“All the African Americans they suspended them, and they didn’t suspend them.” Lilyan Huckaby said while pointing to White and Hispanic students who were skipping school to protest unequal treatment. “They didn’t suspend me and I was yelling and loud. It’s because I’m white,” Huckaby told CBS46.

“We’re not allowed to wear Black Lives Matter shirts or the LGBTQ flag, but kids can have Confederate flags and they have said nothing,” Huckaby told CBS46.

Parents brought the students water, ice, and food throughout the day and helped monitor the demonstration.

Several Black parents told CBS46 there were notified about the suspensions by sheriff’s deputies coming to their homes. One parents said an officer pulled her over while she was driving to inform her her daughter was being suspended.

“This is the letter that the principal and sheriff hand delivered to me at my house,” one parent said.

The mothers say their children suffer “emotional distress” from being called racial slurs at school. Lekysha Morgan says her three children were suspended for planning to participate in the protest. She says she has complained to Coosa High School administrators repeatedly about racially-discriminatory remarks said to her children from other students. She says administrators say they are looking into it, but she hasn’t seen the students responsible be suspended.

Floyd County School officials and communications teams did not return several calls CBS46 made requesting an explanation on Friday. Parents says the issue is widespread. State board of education data breaks down suspension rates by race and ethnicity. In 2020 in Floyd County Schools Black students held an 8% suspension rate, the highest group. Six percent were student from two or more races ;4% where White; 2% were Hispanic students.

The parents say they’re upset their problems have gone unresolved for so long and now their kids will have to miss homecoming because of the suspension that extends from October 8th through Oct 22nd. 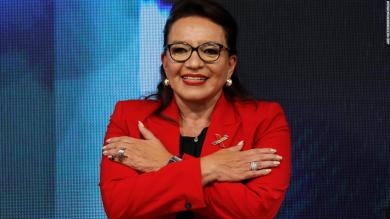 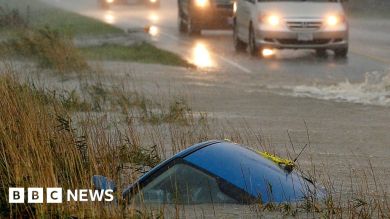 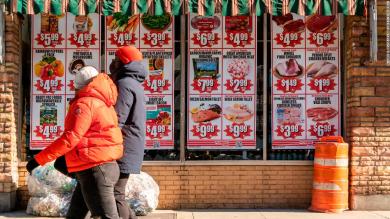