“We are in a community where every segment of the society is being ravaged,” Mustapha, a Nigerian-born attorney and humanitarian, told CNN.

For years, the group has terrorized schools in and around Maiduguri, the capital and largest city of Borno State. Teachers have been murdered, students have been kidnapped, and schools have been forced to close their doors.

During the pandemic, a statewide lockdown kept all of Mustapha’s students from attending in-person classes for two months, he said. But despite extreme obstacles — terrorism, kidnappings in the region and the Covid-19 pandemic — Mustapha’s schools safely reopened last May.

“We don’t mind where you came from, what’s your religion, what’s your ethnicity,” Mustapha said. “Gender does not matter. You find two thirds of the population in this school are girls.”

Fatima, now 16, is one of those girls. She joined Future Prowess when she was four, the same year her father was killed in the insurgency, she said. She credits the school with her confidence to pursue her goals and stand up for her rights.

“I feel as if I can stand before anybody,” she told CNN. “To even speak with the president of Nigeria and tell him that I have a problem and he has to solve it.”

Mustapha said he believes the way to achieve true and lasting peace in the devastated region is through education, and he has defied all odds to keep the doors to his three schools open.

“These are children (who are) ravaged by the disturbances that Boko Haram has brought in,” he said. “Children … are not even having this war.”

Some 1.3 million children have been displaced in the conflict, their education disrupted or shut down entirely, according to the United Nations Children’s Fund.

Mustapha’s students include some of these displaced children and more than 860 orphaned children of insurgents and military fighters alike.

“These are children who do not even know what’s their second name, where they hail from, their tribe, their religion,” Mustapha said. “Most of these children came from a very difficult background. Most of them saw when their parents were killed. They are confused and in a helpless state.”

Classes are full at all three of his foundation’s schools, with students in school Monday through Friday 8 a.m. to 4 p.m. Mustapha says more classrooms are occupied now during the pandemic to provide more spacing and distanced learning for students and staff.

The school offers psychological and social support to help children with trauma. Students, who all live nearby with relatives or family members, are also provided uniforms, books, meals and health services.

Mustapha said 1,023 students have graduated, and many have gone on to college or careers.

“What keeps me going is the resilience of these children,” Mustapha said. “Whenever I see their faces, it gives me hope. It keeps my dream alive.”

Mustapha started the program in 2007 with 36 orphans and expanded, even as others fled the region.

“When I started there wasn’t anything like the insurgency. The issue of Boko Haram was not even started. We (educated) children whose parent died of natural causes,” he said. “In 2009, there was this insurgency of the Boko Haram and women and children were cast out in the street.”

As Mustapha continued to expand to meet the needs of children, he saw more and more women struggling when their husbands were killed in conflict. So, he developed a program in which women could learn a trade to help support their families.

“In the traditional African setting, when the husband dies, the wife is as vulnerable as the child,” Mustapha said. “So, we created the widows program and give them livelihood skills such as tailoring, (jewelry) making , and then a host of other activities.”

He said his livelihood program has trained thousands of widows.

Four years ago, Mustapha played a paramount role in the release of 103 kidnapped Chibok schoolgirls when he mediated between Boko Haram and the Nigerian government, aided by the International Committee of the Red Cross and the Swiss government.

“Some of the highest points I scored was when I got these girls, and when I got them in the truck, and when they started singing,” Mustapha said. “And I told them, ‘You are free.'”

A peace leader, Mustapha envisions a Nigeria where there is no more violence, where education and acceptance are encouraged for all.

CNN’s Stephanie Busari and Fridah Okutoyi contributed to this report.


Source link
Tags
Children displaced in the Boko Haram conflict are on a path to success thanks to a school prioritizing peace - CNN World
March 26, 2021 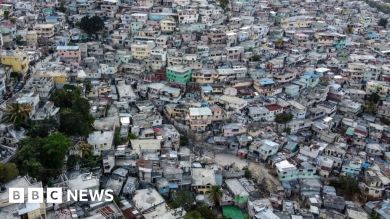 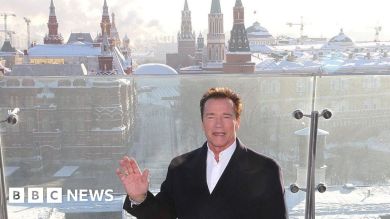 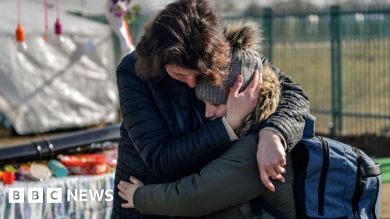 How to sponsor Ukrainian refugees and offer them a UK home 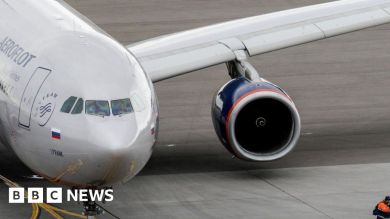 Abramovich's jet among 100 planes grounded by US