Rainbow-themed Pride Month collections have become par for the course for fashion brands, but Versace’s latest collaboration is shaking things up with a surprise celebrity. Singer and Oscar-winning actress Cher, a close friend of designer Donatella Versace, has joined forces with the luxury brand on a limited line to raise funds for gender-diverse youth and their communities.

Fittingly titled “Chersace”, the T-shirts, socks and baseball hats feature a colorful version of Versace’s iconic Medusa logo. The collection’s highlight is a diamante T-shirt, hand-signed by Donatella and Cher and priced at $3,350. Other T-shirts are priced at $425, sporting printed versions of their signatures.

“Donatella and I have been dear friends for a lifetime,” Cher said in a press release. “It just felt right for our very first collaboration to be one about LGBTQ Pride and celebrating a community that means so incredibly much to both of us.”

Cher has long been considered both an ally and an icon for many in the LGBTQ community, tracing her affinity back to a childhood memory.

“One day I came home and there were these two men in my living room with my mom and my aunt. They were doing their hair and talking, and I was thinking, ‘Why haven’t we ever had these kind of guys around? Because these guys are the coolest,” she recalled in a 2020 interview with CNN’s Christiane Amanpour.

“That was my (introduction to) the gay world,” she said, adding that “gay people don’t feel like they fit in, and I never felt like I fit in.”

In that same interview she opened up about her son Chaz Bono’s gender identity, saying that it “wasn’t easy” when he announced he was transitioning in 2009.

A portion of sale proceeds from June will go towards Gender Spectrum, a charity which aims to create safe environments and provide support resources for gender-diverse children and teenagers.

Top image caption: Donatella Versace and Cher pose together at a fund-raising gala in December 1997 at New York’s Metropolitan Museum of Art. 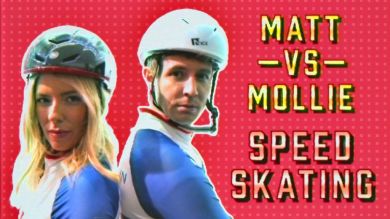 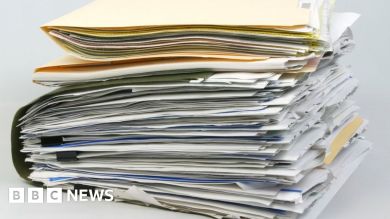 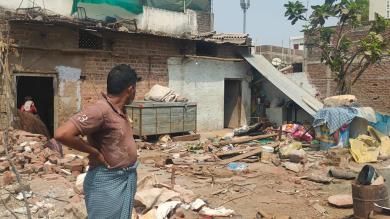 This Indian man’s house was demolished in Khargone because he is Muslim, he says 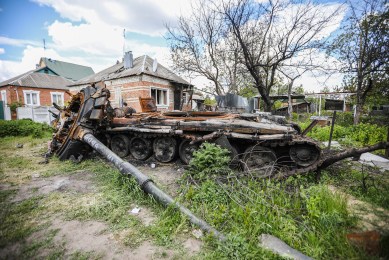