For months, Walensky has met privately with prominent Democratic media consultant Mandy Grunwald to improve her communication skills and continues to do so, according to a person familiar with the previously unreported sessions. On Friday, Walensky will hold the CDC’s first independent media briefing since the summer after deciding abruptly this week that she wanted to take questions “head on,” according to a person familiar with her decision to hold the briefing.

Since assuming her role, Walensky has worked to improve her internal communications and sought to cultivate a better messaging approach, according to officials. Yet there remains dissatisfaction among both administration aides and outside public health experts in some of the ways the CDC has communicated its decisions as the pandemic enters what officials view as a new phase.

At the same time, between Walensky circumventing some of the CDC’s rigorous vetting processes for new guidelines and the public criticism, morale at the public health agency is sinking.

When asked if there is a credibility problem at the CDC Friday on NBC’s “Today,” Walensky said the agency moves with the science.

“We at the CDC are 12,000 people working 24/7 following the science, with ever-evolving nature, in the midst of a really fast-moving pandemic,” she said during one of a number of interviews ahead of the briefing. “And we are doing so, putting our head down, to keep America safe. We will continue to update. We will continue to improve how we communicate to the American public. This is fast-moving science.”

CNN has reached out to the White House and CDC for comment.

The latest messaging setback happened last month when the CDC cut its recommended isolation period for those with Covid-19 to five days, and recommended people who tested positive should continue to wear a mask in public for five additional days. Confusion ensued, with some outside experts urging the CDC to add a recommendation for a rapid antigen test at the end of the first five days.

Behind the scenes, other federal public health officials also questioned the decision not to include testing. Both Dr. Anthony Fauci, the President’s top medical adviser on Covid-19, and US Surgeon General Dr. Vivek Murthy publicly made clear clarifications were coming.

Amid the public backlash, Walensky sought to reassure fellow senior federal health officials, telling Fauci and Murthy that the lack of a testing requirement in the isolation guidance was not motivated by the nationwide testing shortage, one person familiar with the discussions said.

Instead, she insisted that rapid antigen tests were simply not a sufficiently reliable indicator of contagiousness and noted to her colleagues that the US Food and Drug Administration had not approved the tests for that purpose.

She told CNN, “We actually don’t know how our rapid tests perform and how well they predict whether you’re transmissible during the end of disease.”

The explanation didn’t sit well with FDA officials, who — despite having issued a vague statement at about the same time about sensitivity of rapid antigen tests toward Omicron that lacked specific details — were concerned her comments could sow doubt in the reliability of rapid tests.

“When you are leading an agency like that, the gravity of your words is so much heavier than when you’re just commenting on it,” an administration official later told CNN.

After working on the guidance with her circle of advisers, Walensky called an emergency meeting of the officials leading the CDC’s Covid-19 Incident Management System on the eve of the release of the new guidance to inform them of the coming guidance, according to the CDC scientist.

“She’s dispensing with this consultative process that we’ve always had in place that sort of allowed us to make sure that our science was good,” the scientist said.

Officials in the meeting were told not to share the new guidance with state health officials on a weekly call the next day, which took place just hours before the CDC released a statement announcing the changes.

“The lack of engagement and consultation on that (new guidance) obviously contributed to a lot of the outrage,” the scientist said.

After Walenksy spent a week steadfastly defending the agency’s decision not to include a recommendation for a rapid test after five days, the CDC changed course, telling people with access to rapid tests to continue to isolate if they decided to take a test and received a positive result. But the new guidance did not explicitly recommend people should take a test.

“It became very clear that people were interested in using the rapid tests — though not authorized for this purpose — for this purpose after their end of isolation period. And because there was an interest in using them for this reason, we then provided guidance on how they should be used,” Walensky told CNN during a coronavirus briefing on Wednesday.

The latest update also urged people who emerge from the shortened five-day isolation to avoid travel for five more days and not to eat at restaurants.

Those updates only emerged after Walensky and her team tasked CDC experts with turning the press statement announcing the changes into formal public health guidance, a process that would typically happen ahead of a news release.

The CDC’s back and forth on testing after five days of isolation did not go over well in the medical community.

“Nearly two years into this pandemic, with omicron cases surging across the country, the American people should be able to count on the Centers for Disease Control and Prevention (CDC) for timely, accurate, clear guidance to protect themselves, their loved ones, and their communities. Instead, the new recommendations on quarantine and isolation are not only confusing, but are risking further spread of the virus,” the American Medical Association said in a statement.

In some ways, the disconnect with the CDC is a perpetual one between an inherently political operation and one driven by public health experts.

Current and former senior administration officials said the White House has been frustrated with the CDC over its messaging of public health guidelines, even as they acknowledge the decisions the agency have sound backing. Meanwhile, some scientists at the CDC feel like the new guidance Walensky is implementing is being insufficiently guided by the science and is overly taking into account political and economic considerations.

Still, the White House has aimed to stick to its hands-off approach to the CDC, seeking to draw a distinction with the previous administration and avoid any impression they are influencing public health measures driven by government scientists.

“I think they’re being way too careful and they’re overthinking their messaging,” a former senior Biden administration official said of the CDC. “They’re smart people and they’re guilty of just being a little bit in a bubble and overthinking things.”

While the CDC’s latest guidance on isolation amounts to the clearest example of the agency’s public messaging woes, former officials said previous CDC messaging — including on masks — have been a source of friction with and frustration within the White House.

“They make insular decisions with the agency — or even within a small group within the agency — and then wait until the last minute to tell everyone it’s coming, so they rush it out without getting reasonable feedback from people who could help address real issues,” one administration official told CNN, referencing other federal health agencies.

In May, Walensky said fully vaccinated people could stop wearing masks indoors, only to reverse course a few months later when new information showed even those with all the recommended shots could still transmit the virus.

The White House was also forced to explain Walensky’s comments in February that teachers did not need to be fully vaccinated for schools to reopen; a day later, White House press secretary Jen Psaki said Walensky was speaking in her “personal capacity.”

White House officials have been loathe to blame Walensky directly, pointing instead to longstanding institutional issues at the CDC and an overly cautious approach among scientists there, which they believe leads to overly complicated or incomplete public health guidance.

“The White House being frustrated with the CDC is like there being sand on a beach,” this former official said. “It’s an age-old thing.” 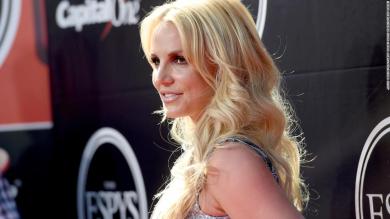 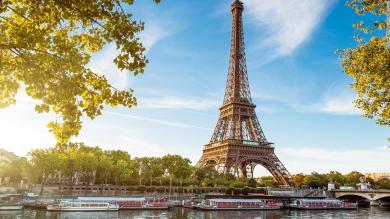 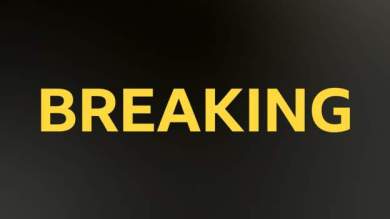