A powerful storm battering California has forced thousands to evacuate – including an entire community – and prompted dozens of water rescues as floodwater inundated roadways, swept away vehicles and caused widespread damage.

Streets turned into rivers, trees came crashing down, homes lost power, rivers swelled and major roadways were shuttered as the storm unleashed powerful winds and heavy downpours. Parts of the Pacific Coast Highway, a key sea-side California highway, were closed in Southern California due to the flooding, officials said.

One driver died after entering a flooded roadway in Avila Beach, according to the San Luis Obispo County Sheriff’s Office.

Elsewhere in the county, a 5-year-old child was swept away in flood waters near the Salinas River in San Miguel Monday morning. The hourslong search for the child was suspended in the afternoon “because the weather had become too severe and it was not safe anymore for first responders to be conducting the search,” San Luis Obispo County Sheriff’s Office public information officer Tony Cipolla told CNN.

More than 34 million people were under flood watches early Tuesday after parts of the central California coast received 1 to 1.25 inches of rain per hour Monday, the Weather Prediction Center said.

As of late Monday, 2 to 7 inches of rain had fallen across lower elevations and up to 10 inches in the mountains over a 24-hours period, preliminary rainfall reports showed. Montecito received a whopping 9.89 inches over 24 hours, while Fillmore got 6.24 inches and Santa Barbara got 6.13 inches.

The threat isn’t over yet. The storm is trekking South, shifting the risk of mudslides, flooding and severe storms to the Los Angeles, San Diego, San Jose and Los Vegas areas on Tuesday.

More than 30 million people across the Southwest were under a marginal threat of severe weather Tuesday.

The entire community of Montecito in Santa Barbara County was ordered to evacuate Monday, along with residents in parts of Carpinteria, Summerland and the City of Santa Barbara.

“LEAVE NOW! This is a rapidly evolving situation,” Santa Barbara County officials said. Officials warned residents to “be prepared to sustain yourself and your household for multiple days if you choose not to evacuate.”

Montecito – locked between the Santa Ynez Mountains and the Pacific Ocean – received the evacuation orders on the five-year anniversary of a mudslide in 2018 that killed 23 people as mud and boulders the size of houses plowed down the Santa Barbara hillsides, splintering more than 100 homes and rupturing a gas main, according to the state’s Office of Emergency Services.

Video from CNN affiliate KEYT showed cars traversing flooded streets as water raged in a nearby creek in Montecito and mud oozed down a hillside.

Farther north in Santa Clara County, about 32,000 people were under evacuation orders Monday afternoon and more people could be asked to leave Tuesday.

In nearby Santa Cruz County, Felton resident Rachel Oliveira said she chose to stay home as water from the nearby San Lorenzo River rose, flooding her home.

“It just came really quick,” Oliveira said. “Like within a matter of minutes it was from across the street all the way into our yard and it went really fast.”

The storm is the latest in an unrelenting parade of atmospheric rivers to plague the West Coast in recent weeks, leaving California soils too saturated to absorb any more rain, and setting the stage for intense flooding and mudslides.

Warning that with the “worst of it still in front of us,” California Gov. Gavin Newsom on Sunday asked the White House for an emergency declaration to support response and recovery efforts. President Joe Biden later approved the declaration.

Around 10 to 15 homes were damaged due to flooding in the county on Monday, according to Santa Barbara County Fire, which released images showing a flooded neighborhood and a sinkhole that developed.

In Southern California, at least 18 people were rescued by Ventura County Fire Department, including multiple people who were stranded on an island in the Ventura River, fire officials said.

As the rainfall intensified Monday night, officers in Ventura County’s Moorpark were working to rescue stranded drivers on State Route 126, according to the California Highway Patrol. State Route 126 was closed from Fillmore City limits to Fairview Canyon.

Ahead of the storm’s arrival, California Emergency Services Director Nancy Ward warned that “floods kill more individuals than any other natural disaster.”

“We’ve already had more deaths in this flood storm since December 31 than we had in the last two fire seasons of the highest fire acreage burned in California,” Ward said during a news conference Sunday.

Flash flooding will be likely in many areas in and around Los Angeles through much of the day, tapering off in the late afternoon and evening. Parts of downtown Los Angeles have already seen between 1-3 inches of rainfall with the higher elevations around the city seeing 2-5 inches by early Tuesday.

While storm-battered areas of central and Northern California will see some respite from the heavy rains early Tuesday, “it will be short lived as the next in the seemingly never ending parade of strong wet Pacific systems pushes more heavy precipitation across all of California on Tuesday,” the National Weather Service warned.

The additional heavy rainfall on Tuesday is expected to exacerbate ongoing flooding, according to the Weather Service.

“Nearly all of California has seen much above average rainfall totals over the past several weeks, with totals 400-600% above average values,” the Weather Service said. “This has resulted in nearly saturated soils and increasingly high river levels.”

Downtown Santa Barbara received 6.37 inches as of early Tuesday – the wettest day on record for the downtown area.

San Luis Obispo McChesney Field also had its wettest day on record, with daily rainfall of 4.10 inches surpassing the previous record of 3.68 inches. Meanwhile, Moorpark had its second rainiest day on record with 4.02 inches.

The rain is expected to wind down Tuesday night across much of the state, before another batch of heavy precipitation moves into Northern California and the coastal Pacific Northwest Wednesday. 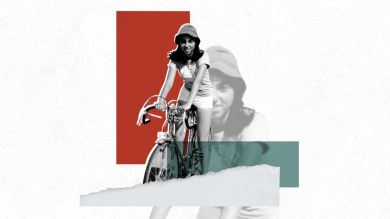 Opinion: Your rights could be taken away rapidly. I know because it happened to me 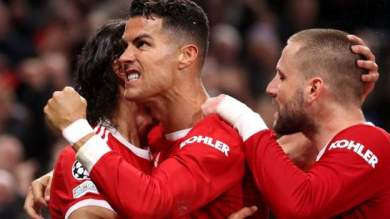 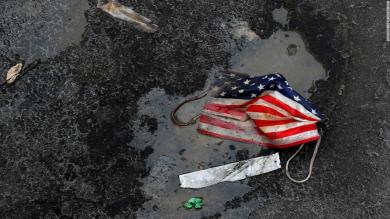 The end is near, for some anyway, as the new pandemic data looks promising