Bryson DeChambeau has become the most significant player to turn his back on the PGA Tour and join the fledgling Saudi-funded LIV Golf series.

He has been unveiled the day after the PGA Tour said it was suspending any members who joined the rival circuit.

DeChambeau’s first appearance will be in the second event of the $250m (£200m) series, which runs from 30 June to 2 July in Portland, Oregon.

The first of seven $25m events is currently taking place at Centurion Club, near London, with a $50m finale scheduled for October in Miami.

LIV Golf chief executive Greg Norman said DeChambeau was “an exciting addition” because he is “passionate and innovative in his approach and committed to pushing the boundaries”.

“He’s not afraid to think outside the box and supports our mission of doing things differently to grow our game.”

DeChambeau, who turned professional in 2016 and officially joined the PGA Tour in 2017, is the eighth major champion to join the fledgling series.

He added around 40lb of muscle to his body during the Covid-19 pandemic as he sought more distance off the tee and was almost instantly rewarded when he won the 2020 US Open with his ‘bomb and gouge’ approach of hitting the ball long and then gouging it out of trouble.

DeChambeau has spent much of the past two years in the top 10 in the world rankings but is currently 28th, having slipped down after injuring himself at the Asian Tour’s Saudi International in February – which DeChambeau and many other PGA Tour players were allowed to play.

And the slide down the rankings may not stop there, given LIV Golf events do not currently carry any ranking points, although Norman said last month he was confident his series would get them.

The ranking points are significant because they help players qualify for the four majors that define their careers.

The United States Golf Association, which runs the US Open, has said players at this week’s LIV Golf event who have qualified will be able to play at next week’s third men’s major of 2022. The R&A is yet to comment on the 150th Open Championship in July.

DeChambeau took a “huge risk” to return early from that injury to play in the Masters, the year’s opening major. But after missing the cut at Augusta National, he underwent surgery on his left hand, which led to him missing the US PGA Championship last month.

He then missed the cut at last week’s Memorial Tournament, which looks set to be his last on the PGA Tour, given the statement sent to all its members by commissioner Jay Monahan on Thursday.

Monahan wrote: “In accordance with the PGA Tour’s tournament regulations, the players competing this week without releases are suspended or otherwise no longer eligible to participate in PGA Tour tournament play, including the Presidents Cup.

“The same fate holds true for any other players who participate in future Saudi Golf League events in violation of our regulations.

“These players have made their choice for their own financial-based reasons.

“But they can’t demand the same PGA Tour membership benefits, considerations, opportunities and platform as you. That expectation disrespects you, our fans and our partners.”

The PGA Tour refused to allow requests for waivers to play in the first LIV Golf event, which is being funded by the deep pockets of Saudi Arabia’s Public Investment Fund.

Norman said last month that he has secured an extra £1.6bn of funding to turn this initial eight-event invitational series into a 14-event league by 2024.

Six-time major champion Phil Mickelson, who earlier this week did not deny he has been given a $200m appearance fee, and former world number one Dustin Johnson, who has received a reported $150m fee, are among the biggest names in the initial 48-man field at Centurion this week.

Johnson resigned his membership of the PGA Tour on Tuesday, while lifetime member Mickelson hoped to hang on to his.

England’s Ian Poulter has vowed to fight the decision, while Lee Westwood, Sergio Garcia and Graeme McDowell all confirmed they had resigned from the dominant American-based Tour before Monahan’s memo was sent out.

Crucially, the PGA Tour has also closed a loophole that would potentially have allowed players who have resigned from the tour to play events via sponsors exemptions.

The European-based DP World Tour continues to remain quiet on the situation. It has a ‘strategic alliance’ with the PGA Tour, which McDowell fears may force their hand.

On Thursday, the Northern Irishman, winner of the 2010 US Open, said: “I hope Keith [Pelley, DP World Tour chief] doesn’t follow suit but they may have to.” 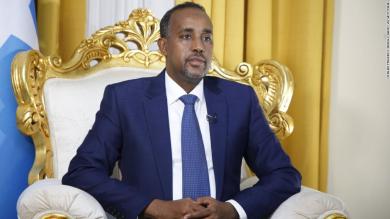 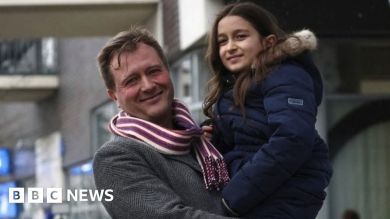 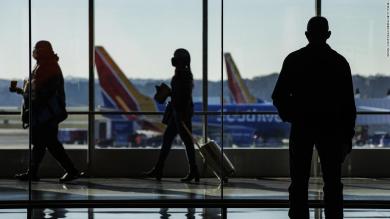