Austrian not-for-profit AllRise filed a landmark complaint at the court in the Dutch city of The Hague on Tuesday. It argues that the actions of Bolsonaro and his administration are a “widespread attack on the Amazon, its dependents and its defenders that not only result in the persecution, murder and inhumane suffering in the region, but also upon the global population,” the group said in a statement.

The 286-page filing said there were grounds for “an urgent and thorough ICC investigation and prosecution.”

It cites “the ongoing widespread attack on the Brazilian Legal Amazon and on its Environmental Dependents and Defenders contrary to Article 7 and Article 25(3)(c) of the Rome Statute.”

“This attack, and the multiple crimes that have occurred under its aegis — which include but are not limited to murder … persecution … and other inhumane acts of a similar character … — necessitate an urgent and thorough ICC investigation and prosecution,” reads the filing.

As well as arguing that crimes against humanity have been committed against individuals who depend on and work to protect the rainforest, the petition says Bolsonaro holds responsibility for future suffering that will happen as a result of his Amazon policies.

“Climate science demonstrates that consequent fatalities, devastation and insecurity will occur on a far greater scale regionally and globally, long into the future, through the attributable links between the rapid acceleration in deforestation, its contribution to climate change, and the frequency and intensification of extreme weather events,” reads the filing.

The document, which was handed over to the ICC prosecutor, is supported by the Climate Observatory, a group of 70 Brazilian civil society organizations.

Any individual or group can send information to the office of the ICC prosecutor for review and consideration of an international criminal investigation. According to the ICC’s website, it has to date received more than 12,000 such communications.

There is no commitment on a timeline for the ICC to carry out its preliminary examination.

CNN has reached out to President Bolsonaro’s office for comment but has not yet received a response.

In September 2020, Bolsonaro boasted that Brazil protects its environment, and argued that the Amazon region is in need of economic development for the welfare of residents.

Those claims have been met with skepticism as deforestation and emissions increase in the country.

Brazil is the fifth largest country in the world and a vast 59% of its territory is covered by forest, much of it the Amazon — which works as an “air conditioner” for the entire planet, influencing global temperature and rainfall patterns, and absorbing carbon dioxide.

Bolsonaro has long painted the environmental concerns expressed by foreign governments, local indigenous groups, and organizations as a prelude to an imagined foreign invasion of the Amazon.

At the United Nations’ General Assembly podium in 2020, as flames raged in the Amazon, he claimed foreign agents were overhyping the wildfires in “the most brutal misinformation campaign.”

At the same event this year, a quieter Bolsonaro acknowledged “environmental challenges” but boasted that the Amazon region had seen a drop of 32% deforestation in August compared to the prior year, citing numbers from the Brazilian National Institute for Space Research. The number is still nearly double what was registered in August 2018, before the Bolsonaro administration, however.

Source link
Tags
americas Brazil's Bolsonaro accused of crimes against humanity at ICC for his record on the Amazon - CNN
October 12, 2021 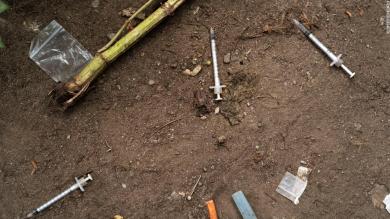 Opinion: 100,000 Americans died in one year from a disease we can treat 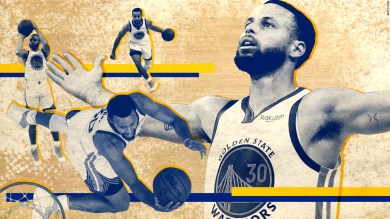 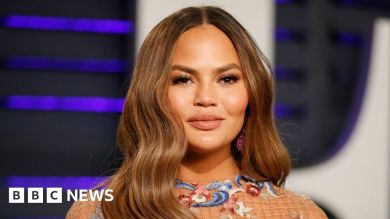 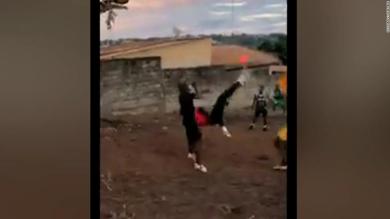