Belize’s prime minister, John Briceño, said on the stage of a summit plenary Thursday afternoon, “The future of the Western Hemisphere is a question for all of the countries of this hemisphere. Irrespective of our size, our GDP, our system of governance — we all have a shared interest in a sustainable, resilient and equitable future.”

As Biden and Vice President Kamala Harris watched Briceño speak from mere feet away, he added that it is “inexcusable that all countries of the Americas are not here and the power of the summit (is) diminished by their absence.”

Briceño called the isolation of certain countries who were not invited “incomprehensible” and specifically called on Biden to end its blockade on Cuba, calling it “un-American” and “an affront to humanity.” And he called Venezuela’s absence “unforgivable.”

Argentine President Alberto Fernández said during a speech later in the program that rules of future summits should be changed to prevent nations from being excluded. He also criticized measures taken against Cuba and Venezuela, such as the embargo.

“I am sorry that all of us, who should have been here, are not present,” Fernández said.

“We definitely would have wished for a different Summit of the Americas. The silence of those who were absent is calling to us,” he added.

The direct criticism from some of the Biden’s fellow heads of state contradicted days of statements from the administration that the summit would be unaffected by the absences of the leaders of Mexico, Honduras, El Salvador, Guatemala and Bolivia, and the exclusion of three autocratic nations. Mexican President Andrés Manuel López Obrador boycotted the summit over the exclusion of Cuba, Nicaragua and Venezuela, all autocratic nations. The snubs from key leaders have loomed over the summit, despite the administration’s attempts to downplay their significance.

Earlier, Biden opened the plenary telling leaders and delegates at the summit that the conference has already produced “a lot of strong and constructive diplomacy.”

“(Over) the next few days, we have an opportunity to find ways we can do better for all of our people by working together — and I emphasize together, together. That’s what our people expect of us. And it’s our duty to show them the power of democracies to deliver when democracies work together,” Biden said.

But in a short closing speech, Biden noted the disapproval in room by other leaders, but said there were more agreements on “substantive things.”

“I think we’re off to a strong start,” Biden said, adding that he believed the countries had many things they agreed on, “notwithstanding some of the disagreements with regard to participation.”

Earlier Thursday, Biden told executives that he sees “no reason why” the region “does not develop into the most democratic hemisphere in the world” over the next decade.

“We have everything,” the President said in remarks at the CEO Summit of the Americas. “We have the people, we have the resources, and we have more democracies in this hemisphere than any other hemisphere. There’s a lot we can do.”

He also urged executives to “step up” and “play a bigger role” in driving “inclusive, sustainable and equitable” economic growth in the 21st century, calling for both the private sector and government to work together to “deliver real improvement for people’s lives.” That growth, he argued, is in their “own overwhelming economic self-interest.” He called for building more resilient supply chains, an issue he said had affected everyone in the room, and argued that the region was “filled with dynamic energy” ready for the future.

Biden has said throughout his presidency that the world is at a historical inflection point as to whether nations will choose democracy or autocracy. On Thursday, he told executives in the room that “our challenge is to shape the outcomes so the future reflects the democratic values of our region.”

The President struck a broadly optimistic tone throughout Thursday’s events, despite a rocky start to the Los Angeles summit — which has included nearly two dozen leaders from Latin America.

Through new economic and migration announcements, Biden has aimed to demonstrate a level of cohesion across the two continents’ politics, but boycotts by leaders of several nations — including Mexico and three Central American countries — has put a damper on the summit.

The four leaders refused to attend because Biden declined to extend invitations to the three autocratic leaders.

Following his speech to executives, Biden held a bilateral meeting with Canadian Prime Minister Justin Trudeau and met with the leaders of Caribbean nations alongside Vice President Kamala Harris.

In his meeting with leaders from the Caribbean, Biden told CNN he was not concerned about boycotts by other heads of state deciding not to attend the summit.

Later Thursday, Biden will hold a bilateral meeting with Brazilian President Jair Bolsonaro and meet with other heads of state for dinner at the Getty Villa.

The White House has said that in the meeting, Biden and Bolsonaro “will reaffirm the importance of our strategic partnership on issues such as combatting the climate crisis and recovery from the Covid-19 pandemic.” But ahead of Biden’s arrival in Los Angeles, national security adviser Jake Sulllivan told reporters that he expected the two Presidents to discuss “free, fair, transparent democratic elections” in their talks.

Earlier this week, the far-right populist leader, who was a close ally of Donald Trump, echoed the former President by casting doubt on Biden’s 2020 election victory. He has also questioned the reliability of Brazil’s election systems.

“There are no topics off limits in any bilateral the President does, including with President Bolsonaro,” Sullivan said.

Biden on Wednesday launched the summit by calling for cooperation and a renewed focus on democracy — an urgent appeal after his exclusion of autocratic leaders at the conference.

He said at the start of the three-day summit that it was now critical to “demonstrate to our people the power of democracies to make life better for everyone.” 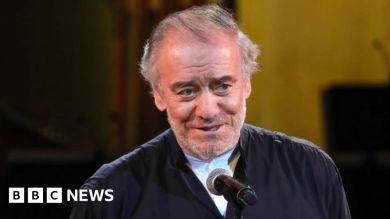 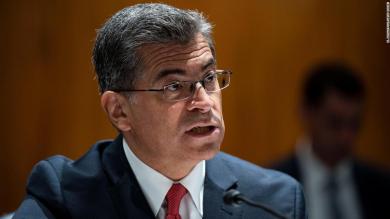 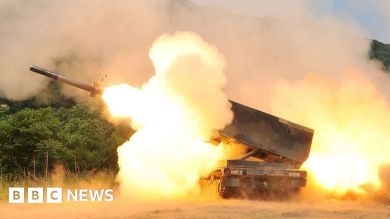 Ukraine may soon get US long-range MLRS rocket system 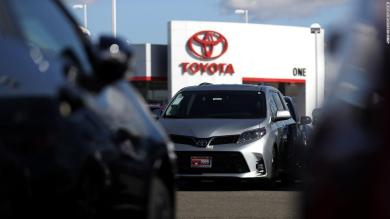 Toyota set to overtake GM as US auto sales leader