Butlin’s vacation resorts were an institution in post-war Britain. The self-contained camps — where guests were housed in wooden chalets, fed and entertained on-site — provided a new kind of inexpensive luxury for working families.

At a time when few could afford overseas travel, the resorts offered “a week’s holiday for a week’s pay,” as they were first advertised.

Beyond the likelihood of rain, Butlin’s summer vacations were a uniquely British proposition.

Exuberant in-house entertainers, known as Redcoats, hosted singalongs, pantomimes and rounds of bingo. They held “glamorous grandmother” competitions, and “knobbly knees” contests to see which guest had the lumpiest legs. Ringo Starr’s band (no, not that one) even played residencies there in the early 1960s, before he was invited to join the Beatles.

Participants in one of the camps’ notorious “knobbly knees” competitions. Credit: Barry Lewis

By the time photographer Barry Lewis arrived in the 1980s, however, the camps were “getting a little bit seedy,” as he put it.

There were fewer families and more singles, with plenty of sex and alcohol mixed in with the entertainment, Lewis said. But the septuagenarian still recalls the resorts’ glamorous early reputation.

“When I was a kid, Butlin’s was seen as very grand, but my parents could never afford to go,” he said in a phone interview. “It was made to sound amazing — you’d have top stars performing, everything was free and there were fairgrounds.”

Launched by Billy Butlin in 1936, the camps’ initial popularity was bolstered by the UK government’s Holidays with Pay Act, which gave workers the right to paid leave for the first time. A site was opened in Skegness, on Britain’s east coast, though more than half a dozen more would be built in British seaside towns over the next three decades.

Campers arrive at a Butlin’s in 1982. Credit: Barry Lewis

The camps boomed after World War II, welcoming more than a million annual visitors in their mid-1960s heyday. Upon taking a teenage summer job at a Butlin’s kitchen in 1966, Lewis found them to be “enclosed, hermetic worlds” equipped with theaters, recreation halls, ballrooms, pools, funfairs, boating lakes, hair salons and even churches.

“You were in this enclosed system,” he recounted. “You went to this other world. Russia could have invaded America and we wouldn’t even have known about it — there were no TVs in the chalets.

“But there was actually something wonderful about it. You felt you’d joined this weird club. It was very clever in making you feel (as if you were) part of a family.”

Lewis’ teenage experiences hint at the wilder behavior he would later encounter. This “enclosed fantasy world” (as the photographer describes it in a book bringing together a selection of his images) was also equipped with bars, discos and betting shops.

“I served breakfasts and learned about becoming a man. I was desperate to fall in love, and all the stuff that goes with leaving home for the first time,” he said, adding that he often “served breakfast on a hangover” after late-night attempts to meet women. “To be completely frank, I was trying to get laid most of the time.”

After going on to university and establishing himself as a professional photographer, Lewis returned to Butlin’s in 1982 on assignment for the UK’s Observer newspaper. Then aged 34, he was initially astonished at how little had changed.

Many of his images are alive with the communality and good cheer he’d remembered — kids enjoying activities and parents singing and dancing in the entertainment halls. But things, he said, had become more salacious.

“There was a whole sex thing that was never really talked about. A lot of people went there to get laid, so there was quite a lot of sexism,” Lewis said. “Alcohol was the drug of choice and people got hammered. Absolutely.

“If you were trying to be part of the gang, you drank with (the Redcoats). They were young lads, but they were adored and they loved that.”

The photographer’s fondness for the camps is nonetheless apparent (he describes the images as “warts and all, but in a loving way”). He took an immersive approach to the assignment — which meant partying and drinking with the other campers. “That’s how we worked,” he said, referring to the journalist he accompanied, Ian Walker. “We’d integrate ourselves.”

A Redcoat sleeps off a heavy night in the lobby. Credit: Barry Lewis

Yet, Lewis also acknowledges there was a certain “darkness” to it all.

An image from the book shows a Redcoat pinching a female guest’s breast. Another shows male judges keeping an uncomfortably close eye on a participant in a “miss lovely legs” contest. Elsewhere, an employee is pictured asleep on the lobby floor after a heavy night, while Walker wrote in the Observer at the time that “two skinheads started smashing up glasses,” in a resort bar in the early hours.

In one of Lewis’ most striking photos, he captured a man frozen mid-air just before splashing into an outdoor pool. Huge letters behind spell out one of the camps’ slogans: “Our true intent is all for your delight.”

That Billy Butlin might use a quote from “A Midsummer Night’s Dream” speaks of his lofty ambitions for the resorts. But in the 1980s, the glamour was fading. Package trips to Europe had become affordable, dampening the prestige of domestic vacations. Butlin’s went into economic decline, and a number of its camps closed in the years that followed.

Children play in one of the camp’s so-called “human aquariums.” Credit: Barry Lewis

Yet, if the Butlin’s of the 1980s differed from that of previous decades, then today’s is perhaps less recognizable still. The company has since changed owners and rebranded itself, its resorts fitted with new water parks and subjected to multi-million-dollar expansions. As such, the camps are undergoing something of a renaissance, Lewis ventured.

“I think, now, it’s booming again,” he said. “With Brexit coming up, and the currency weakened — and also with Covid-19 — people aren’t going to travel abroad as much.

“There is something nice about not having to think about (your vacation). You just book and that’s it, whereas a lot of trips are just full of planning. People like that everything’s laid on.”

In a statement to CNN, Butlin’s said: “Butlin’s has always been a family brand and we’ve been delighting families for decades. We can’t wait until we can reopen our resorts and welcome our guests back to Butlin’s for a much needed holiday.”

This article was first published in May 2020. 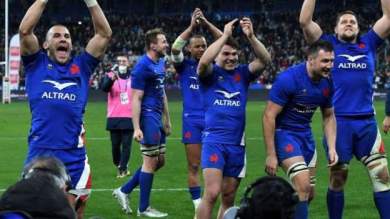 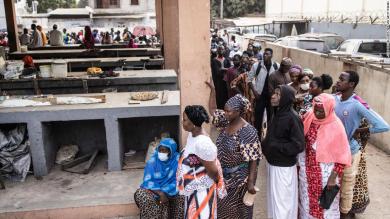 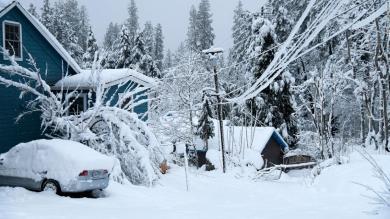 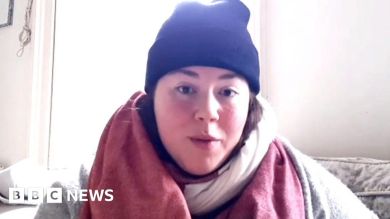 Storm Arwen: The mother who’s been without power for five nights