Greek sixth seed Maria Sakkari avoided a shock as she fought back to beat Russian teenager Diana Shnaider in the Australian Open second round.

Shnaider, 18, is still to join the professional ranks as she plays in the American college system, but threatened an upset by winning the first set.

Pegula played with the number three on her skirt in support of NFL player Damar Hamlin, who was discharged from hospital nine days after suffering a cardiac arrest while playing for the Buffalo Bills – the franchise owned by her parents.

However, 2019 finalist and 15th seed Petra Kvitova lost 7-5 6-4 to Ukraine’s Anhelina Kalinina. The Czech is the first women’s top-20 seed to lose at this year’s tournament.

‘Maybe she should consider not going to college’

Shnaider is a freshman at North Carolina State University in the United States but the bandana-wearing left-hander, who possesses a ferocious forehand, has shown in Melbourne she can compete with the very best.

She had come through three rounds of qualifying before winning in straight sets on her Grand Slam main draw debut to set up the meeting with Sakkari, pushing the Greek all the way in a two-and-a-half-hour encounter.

“She is very young and very promising, maybe she should consider not going to college and turning pro,” joked Sakkari, who is a two-time Grand Slam semi-finalist.

“It is difficult when you have not played someone before and I was hesitant. She was swinging hard and playing aggressively. I tried to find solutions and that’s what I think I’m good at.

“It was a very high level from both of us.” 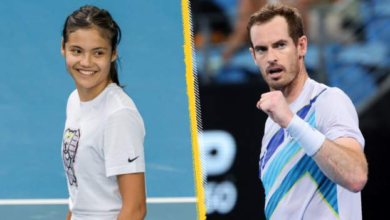 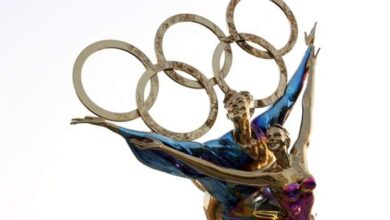 Beijing 2022 Winter Olympics: All you need to know with 100 days to go 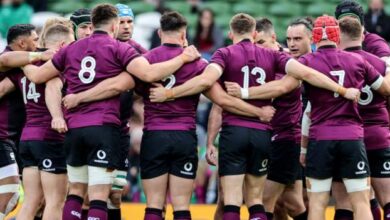