Face-painted rival fans sat side by side, buying rounds of drinks for one another, enjoying the opportunity to watch the sport they love, but have been deprived of for two years due to the Covid-19 pandemic.
The NFL was back in London as the Falcons beat the New York Jets 27-20 in front of a crowd of 60,589.

If the game was hosted on British soil in front of mainly British fans, Sunday’s proceedings started with some traditional American razzmatazz.

Shortly after the English national anthem had been blasted out, Marisha Wallace sung “The Star-Spangled Banner’ — from atop the state-of-the-art Tottenham Hotspur Stadium.

If the event was impressively choreographed, there were some hiccups: the Falcons appeared to have forgotten their net into which kicker Younghoe Koo would normally use to warm up.

Showing some “British ingenuity” according to NFL Network’s Dan Hanzus, the stadium organizers created a makeshift net with some netting between two ladders.

However, it didn’t affect the South Korean kicker, as he drilled all four of his first-half attempts as the Falcons raced into a 20-3 lead.

With 1:42 minutes left in the first quarter, rookie sensation Kyle Pitts scored the first touchdown of his NFL career, connecting with his quarterback Matt Ryan from two yards out.

Apart from a rare foray from Jets’ rookie quarterback Zach Wilson which ended with a field goal, the Falcons dominated the majority of the first half, scoring their second touchdown on a blue-skied Autumnal day in London thanks to Hayden Hurst.

Possibly rejuvenated by the halftime show from rapper Aitch, the Jets found some rhythm to work their way back into the game, Ty Johnson’s close range rushing touchdown reducing the deficit.

Despite the Jets defense providing a couple of turnovers to keep them in the game, Wilson and the offence were unable to capitalize as miscues, errors and penalties halted their drives.

The Jets managed to get something going midway through the second quarter though, Wilson providing some clutch throws on the way to Michael Carter reducing the deficit to just three points.

The display of resolve from the first-year quarterback got the Jets fans off their seats and had the Tottenham Hotspur Stadium rocking as an unlikely comeback loomed.

But it wasn’t to be as the home team reasserted their lead with a late Mike Davis touchdown.

While most of the Falcons fans will have a much shorter journey home than their team, Ryan and company will fly home to the US a happy bunch.

Tags
a makeshift kicking net and the national anthem sung from atop the stadium: the NFL returns to London - CNN Atlanta Falcons vs. New York Jets: Myriad colors sport
October 10, 2021 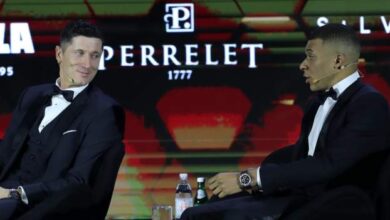 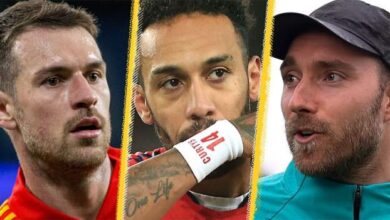 Transfer deadline day: How things played out on social media