A powerful bomb cyclone slammed into the California coast Wednesday night, lashing the state with heavy downpours and hurricane-force winds as the storm advanced onshore, knocking over trees and killing a child.

The low-pressure storm system moved in from the Pacific, bringing damaging winds, excessive rainfall and extremely heavy snow over much of California and into southern Oregon through Thursday.

In central California, wind gusts had already reached hurricane force by Wednesday evening as the storm’s heaviest rain and strongest winds slammed into the Bay Area.

More than 40 million people were under wind alerts Thursday morning.

At the same time, rainfall rates over one inch per hour are possible, which could unleash flooding and mudslides on an already saturated region hit with a different storm that brought deadly floods just last weekend.

In Sonoma County, a child was killed when a redwood tree fell on a home, Occidental Volunteer Fire Department Chief Ron Lunardi said, adding the child was 1 to 2 years old. The mother and father were also in the home but were uninjured, Lunardi said, noting a lot of trees had fallen in the area.

CNN has reached out to Sonoma County Emergency Management for more information. Authorities have not released the name of the child who was killed.

As the storm battered the region, nearly 180,000 homes and businesses in California were without power early Thursday – the majority of which were in the northern part of the state, according to PowerOutage.US.

California Gov. Gavin Newsom issued a statewide emergency declaration earlier Wednesday, clearing the way to quickly disseminate aid for those affected by the storm – the latest in series that have been wreaking havoc on the drought-plagued state.

The storm became a bomb cyclone Wednesday, after it rapidly strengthened while still offshore. A bomb cyclone is an area of low pressure that intensifies by 24 millibars within 24 hours. Millibars are a unit used to measure atmospheric pressure.

A multitude of warnings were issued for residents from southern Oregon to southern California, including flood and flash flood watches, high winds warnings and winter storm warnings.

“We anticipate this may be the most challenging and impactful series of storms to touch down in California in the last five years,” California Director of Emergency Services Nancy Ward said. “If the storm materializes as we anticipate. We could see widespread flooding, mudslides, and power outages in many communities.”

In the Sierra Nevada, the heavy snowfall is forecast to add up to at least 3 feet over the peaks and create hazardous conditions, with potential tree damage and white out conditions.

Areas of central California, including San Francisco, were expected to see 2 to 4 inches of rain, along with wind gusts over 50 mph into Thursday morning. Meanwhile, more rain is expected at higher elevations with winds continuing to gust near hurricane-force.

In southern California, including Los Angeles, the heavier rain will move onshore overnight and continue through much of the day Thursday. Widespread rain totals of 2 to 4 inches are likely, with greater amounts in the higher terrain.

Multiple roadways across the state were closed as trees toppled over Wednesday.

With widespread rainfall amounts of 3 to 6 inches expected to pound the state, flooding is among the biggest concerns.

Because of the yearslong drought, the ground can only absorb so much water and in many areas has already reached its saturation point from storms in late December and over New Year’s weekend. As a result, the influx of water is expected to unleash major flooding in some places.

As the storm marched towards California, firefighters and rescue equipment were stationed near burn scar areas across seven counties, as well as five other counties with flooding concerns, state officials said.

“The public is urged to be on the lookout for potential flooding and mudslides in areas recently burned by wildfires,” state officials warned. “A debris flow can take homes off their foundations and carry items such as vegetation, large boulders, and cars.”

Some residents were also ordered to flee ahead of the storm’s arrival.

Evacuations were ordered in some areas of Santa Cruz and Santa Barbara counties, including for those near lands ravaged by fires in previous years.

Among the areas ordered to evacuate is Montecito, the site of a mudslide in 2018 that killed 23 people as mud and boulders the size of houses plowed down the Santa Barbara hillsides, splintering more than 100 homes and rupturing a gas main, according to the state’s Office of Emergency Services.

“I’m urging folks to comply with the evacuation,” said Das Williams, first district supervisor in Santa Barbara County. “If you live in that red zone, the one thing that we should’ve learned these past five years is that it’s better to play it safe and to evacuate and comply with the order.”

Officials in Monterey County also started setting up evacuation points and emergency shelters ahead of the storm’s arrival, according to the sheriff’s Facebook page.

Rockslides forced the closure of a long stretch of coastal Highway 1 in both directions from Ragged Point in San Luis Obispo County to south of Big Sur in Monterey County, according to the California Department of Transportation.

San Francisco was under a flood warning Wednesday as the brunt of the storm started to hit the city, with Mayor London Breed saying “floods are inevitable.”

“It’s coming down hard and it’s not letting up any time soon,” she said. “We want people to stay indoors, we want them to stay home.”

The city had already seen some localized flooding, a couple mudslides and sinkholes as of Wednesday evening, said Mary Ellen Carol, executive director of San Francisco’s Department of Emergency Management.

San Francisco fire officials said they rescued a trapped family Wednesday night, sharing images of a crew working to remove a large tree that was on top of a sedan.

And earlier in the day, there were reports of falling glass from a downtown high rise in Fox Plaza, though no injuries were reported. “It is unknown at this time if this is wind-related – highly possible though,” the San Francisco Fire Department said in a tweet.

“We’re seeing a significant number of trees falling into our lines, as well as other impacts on our power system,” PG&E’s Teresa Alvarado said on Twitter. “We’ve mobilized for a major repair and restoration effort.”

Aaron Johnson, vice president of PG&E’s Bay Area region, said hundreds of crews are staged around the region, including some from Southern California Edison who are also aiding in the response.

However, the storm is expected to saturate roads and down trees which may make it difficult for crews to access areas experiencing outages, Johnson said.

More than 175,000 of PG&E’s customers were without power Wednesday night, according to PowerOutage.US.

“This is definitely going to be ranked up there with one of the storms that I’m going to remember,” Ashley Helmetag, a meteorologist, said in a Facebook video on PG&E’s page. 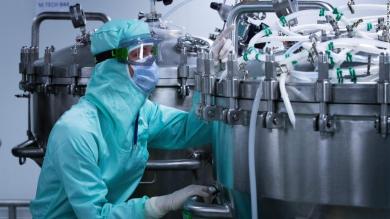 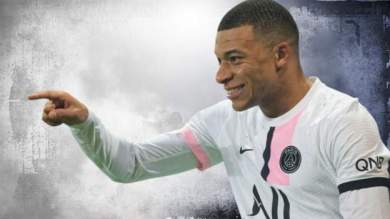 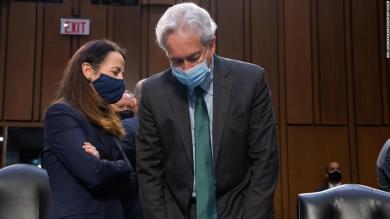 ‘Havana Syndrome’: US intelligence community report says ‘pulsed electromagnetic energy’ could be cause 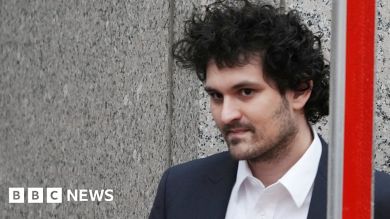