Andros Townsend credited his mum for the wonder strike which helped Everton beat Burnley and maintained their unbeaten start to the season.

The 30-year-old winger, signed as a free agent in the summer, said he “rolled back the years” at Goodison after his mother Katerina sent him a video of his best goals.

Townsend, who has 13 England caps, also set up Michael Keane’s equaliser in a 3-1 comeback victory, which also saw Demarai Gray grab his third goal of the season.

“I have to give a shout-out to my mum because during the week she sent me a compilation video of all my goals,” he said.

“She clipped them all together and she told me I need to believe in myself again. I think you saw that with this goal here.

“It was rolling back the years. I’ve got that in the locker, I just need to be able to produce it on a consistent basis. Hopefully with the manager here I’ll keep getting in the right positions and score more goals and get more assists for this historic football club.”

Everton were trailing to Burnley after Ben Mee’s header in a robust encounter where Richarlison body-checked the Clarets skipper before the Everton forward was taken out by James Tarkowski.

But Everton scored three goals in 16 minutes to turn the game on its head, with Townsend’s 25-yard strike giving Burnley goalkeeper Nick Pope no chance.

The victory also came without injured striker Dominic Calvert-Lewin, who Everton boss Rafael Benitez said could be out for “more than two to three weeks” after breaking his toe, as Richarlison started up front in a 3-4-3 formation.

“We did not get close to Burnley in the first half, we were not giving Richarlison support and we rectified that,” said Townsend.

“Dominic Calvert-Lewin has been the talisman and is a big loss, but we have players in the dressing room who can step up.

“Everton also had a great start last season too but fell away. We have suffered adversity in each game, but have found a way to come out of it. That stands us in good stead for the rest of the season.”

Benitez added: “I was convinced that Andros would be an important player for us because he was my player for some months at Newcastle. I knew him in terms of his quality and tonight you can see that.

“And also, he’s a professional and he is keen to learn so I think we are now having a group of players that want to improve, and they’re happy. He’s one of these players and I didn’t have any doubt that he would do well for us.”

‘Signing those two for £1.7m is absolutely fantastic’

Former Aston Villa and Scotland defender Alan Hutton talking to BBC Radio 5 Live: Andros Townsend and Demarai Gray have come in and there have been a few raised eyebrows, but they’ve been excellent.

They were the main men tonight – a wonder goal from Townsend, I hope he’s got that on record.

I think Demarai Gray just needed to find a home, he needs game time and minutes. He seems comfortable here, I think the manager trusts him.

Gray needed to play games and never got the game time at Leicester, but here he seems settled with the confidence he is showing. They are two brilliant signings for Everton – £1.7m for those two signings is absolutely fantastic.

‘Wonderous Townsend’ – what you said

Andy: People keep quite rightly raving about Gray, but Townsend has also been great since joining! I kept saying we lacked balance for years, we finally have two wingers! Football can be simple.

Tom: My word Andros Townsend what a goal! 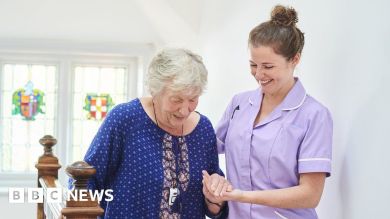 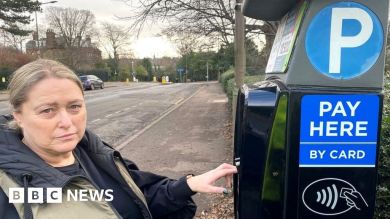 Is this Scotland's most confusing street parking? 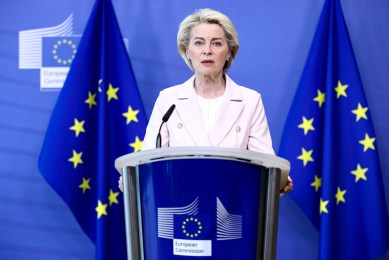 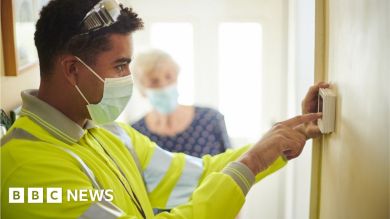