And it appears that those 19 dead children and two dead teachers were also failed by law enforcement officers, who waited one hour, 14 minutes and eight seconds to breach the classroom where the shooter wreaked his carnage, according to evidence that emerged at a harrowing hearing in the Texas state legislature on Tuesday.

The Uvalde parents are not the first mourning relatives to have been let down by governing institutions. It happened after the high school shooting in Parkland, Florida, in 2018, just as it did after the Sandy Hook Elementary School massacre in Newtown, Connecticut, in 2012, when it seemed certain that the brutal killing of 20 young children and six adults would inevitably lead to changes to prevent more such massacres. But momentum dried up in Congress as the gun lobby mobilized to pile pressure on Republican senators as soon as the initial shock over the massacre began to ebb.

A decade on, some of those parents hope to see their long campaign for change at least partially validated in the next few days, with the US Senate poised to pass the first bipartisan firearms safety measure in nearly a generation, which was partially spurred by the Uvalde mass shooting.

Meanwhile, recriminations in Texas from a patchy and incomplete response to the Robb Elementary School horror are only growing.

After the legislative hearing in the state on Tuesday, at which the director of Texas’ Department of Public Safety, Col. Steve McCraw, called the local response to the May 24 massacre an “abject failure,” there are new accusations that state officials are leaking selectively to defray responsibility and make Uvalde officials look bad.

Uvalde Mayor Don McLaughlin said Tuesday that he was frustrated that he couldn’t get answers for parents and alleged: “Col. McCraw has continued to — whether you want to call it — lie, leak, mislead or misstate information in order to distance his own troopers and Rangers from the response.”

State Sen. Roland Gutierrez, who represents Uvalde County, has filed a lawsuit against the Department of Public Safety, meanwhile, accusing it of failing to produce public documents related to the shooting in a reasonable time.

These apparent turf wars, suspicions about cover-ups, shifts in official narratives and refusal to offer timely answers about what happened on that terrible day a month ago are consistent with a lack of transparency shown by authorities ever since the shooting and during the response. It is worsening the already unimaginable ordeal of parents who are mourning their children.

The anger and emotion boiled over on Tuesday night at a special City Council meeting in Uvalde. Berlinda Irene Arreola, the grandmother of school shooting victim Amerie Jo Garza, who was 10 years old, demanded to know why the head of the school district police, Pedro “Pete” Arredondo, is still in his post. Arredondo, who was identified by other officials as in charge of the on-the-ground response, has been accused of waiting for shields, rifles, police radios and a key to get into the classroom where the kids were, before acting. Other evidence and reports have shown that at least one child called 911 for help from inside the classroom. In the end, it was Border Patrol agents who stormed the room and killed the shooter.

At the special City Council meeting, Arreola stood up and pleaded for the views of the bereaved to be respected.

“He failed us,” she said of Arredondo. “Do not make the same mistake he made and fail us too,” she said. “Go forward and make it right. …Please, please, get this man out of our lives.”

On Wednesday evening, the Uvalde Consolidated Independent School District announced that Arredondo would be placed on administrative leave. The district’s superintendent, Hal Harrell, said the move was taken “because of the lack of clarity that remains” and the uncertain timing about when he would get the results of various investigations. Arredondo has contradicted previous narratives about his role and has told The Texas Tribune that he didn’t consider himself the incident commander and did not instruct officers to refrain from breaching the scene.
Speaking to CNN’s Brianna Keilar on “New Day” on Wednesday before the news about Arredondo broke, Arreola said the ordeal for her family gets worse and worse as they miss little Amerie more and that the lack of information about the massacre is deepening their pain.

“Everything that’s coming out, everything that we’re finding out, it’s just getting harder and harder by the day,” she said. “And we have to speak for all these children, all these families. We have to make things right. And we need to get down to the bottom of everything that has happened and find out the truth.”

There will never be consolation for such torment.

But for the parents and relatives of children of previous massacres who were failed by the political system and who have turned grief into activism, there may, at least in the next few days, be a sign that their fight is not hopeless.

The US Senate appears on the cusp of passing the most significant firearms safety legislation in nearly a generation. It will fall far short of the pleas for measures like a ban on assault rifles, which was called for by some Uvalde relatives when they testified to a House committee earlier this month. But in a narrowly divided Senate, where Republicans have long resisted any kinds of changes to firearms laws, that may be what the political system can bear right now.

And the proposed law does go some way to answering the widely heard cry to “do something” following the Uvalde shooting and an earlier massacre in a Buffalo, New York, supermarket that killed 10 people.

The bill includes millions of dollars for mental health, school safety, crisis intervention programs and incentives for states to include juvenile records in the National Instant Criminal Background Check System. It makes significant changes to the process when someone ages 18 to 21 goes to buy a firearm. It closes the “boyfriend loophole” and could therefore prevent someone who has a criminal conviction for domestic violence against a romantic or intimate partner from buying a weapon. This has been something that gun reform advocates and some Senate Democrats have been trying to do for years.

It is impossible to say in retrospect, but it’s possible that had this legislation been in force before the mass murder sprees in Uvalde and Buffalo, it could have made a difference. Both gunmen in these shootings were 18 years old and had bought high-powered rifles legally. It is even harder to say whether the legislation would make a meaningful dent in the number of mass shootings across the United States

But Democratic Sen. Chris Murphy of Connecticut, who helped negotiate the package with Republican Sen. John Cornyn of Texas, told CNN’s Jake Tapper on Thursday that the measure could significantly reduce firearms deaths.

“I would argue it will save thousands of lives,” said Murphy, who has been campaigning for gun law overhauls ever since the massacre at Sandy Hook Elementary School.

Democratic Sen. Amy Klobuchar of Minnesota agreed with Murphy and praised the bravery of parents like those from Sandy Hook who had backed a measure that falls short of their greatest hopes — and the hopes of President Joe Biden, who had called for an assault weapons ban.

“To start with something that is going to save lives, even if a particular provision wouldn’t have saved their own babies’ lives, that is an act of love and generosity of spirit that you hear from the families of those who have lost loved ones,” Klobuchar told CNN’s Anderson Cooper.

A real moment of change

Perhaps most significantly, passage of the law — if 10 Republican senators stand firm to join all the Democrats in order to overcome the filibuster in the chamber — will end the tired and frustrating pattern that nothing ever gets done after mass murders to rein in gun crime once the initial grief and outrage dissipate. Already, 14 Republicans voted to advance the bill on Tuesday night, which portends well for a Thursday vote to overcome a filibuster, which would set up final passage.

History has shown that incremental steps are the only way that change on the most emotive issues happens in a deeply divided nation. This is true on the left for the push to legalize same-sex marriage and on the right in the growing success of the anti-abortion movement. Both campaigns took years — even decades — to show results.

Nicole Hockley, who lost her son Dylan in the Sandy Hook massacre, told CNN on Thursday night that the days of intense negotiations that had led to the gun deal had not been easy. She insisted that it could be a beginning and not an end and that the intractable politics of gun reform could change.

“More is always possible. This is a step forward. I think it’s going to be interesting for some people who have been afraid to touch this issue to realize they can vote yes on this, do something right for their constituents and still retain their political careers,” Hockley said on CNN’s “AC360.”

Still, the forces arrayed against further gun safety measures are significant. One reason why Senate Majority Leader Chuck Schumer is keen to hold a vote on the measure as soon as possible is to ensure Republicans don’t get cold feet when they go home and face a backlash during the July Fourth recess. Cornyn — the lead Republican negotiator on the Senate package — was booed at a convention in his home state last week. Ex-President Donald Trump has been loudly warning that any movement in the chamber on the guns package is the start of a slippery slope toward the overturning of the Second Amendment — a position that is not backed up by any of the facts of the current effort.

If it passes in the next few days with the support of sufficient Republicans, a new law will not end the lifelong agony of the parents of Uvalde, Sandy Hook or any other bereaved relatives of gun crime victims. But at a minimum, it will show that government does not have to be completely unresponsive and incompetent when something evil happens.

Perhaps state and local authorities in Texas, who are letting the people of Uvalde down, will now start getting that message. 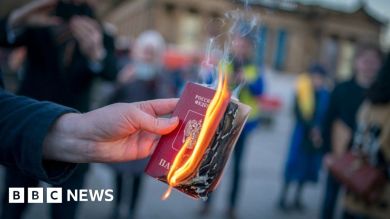 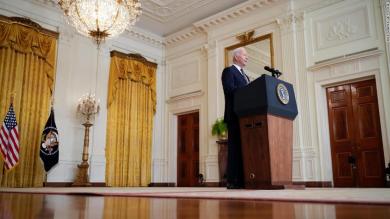 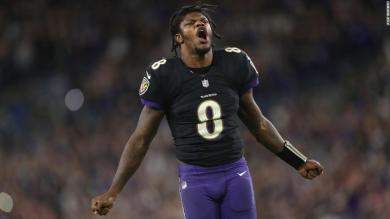 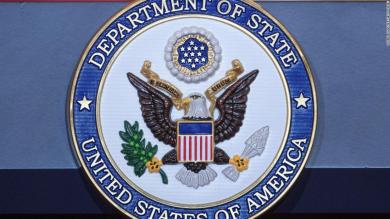