The new leader will have many “existential” challenges to address. It is, however, uncertain how high up the list the online sexual abuse and exploitation of children will be — if at all. None of the leading candidates for the top job have made this topic an election issue, despite a 2021 report that labelled the country “the center of child sex abuse materials production in the world.” The report concluded that children in the Philippines are at risk for online sexual exploitation for reasons including “free online connectivity, the widespread use of cellphones, the irresponsible use of technology.”

In a country whose economy has become heavily reliant on providing business process outsourcing services — among them content moderation for social media platforms where these exploitations generally take place — and where there are active efforts to digitize the economy and communications, will the new leader be able to keep capital coming in while at the same time safeguarding Filipino children?

Prior to the House passing the bill in January, the Senate had passed its own version last year. Since January, the two chambers have deliberated on the final provisions, which is expected to be ratified later this month, according to the bill’s backers. After both chambers ratify the reconciled version, it will be sent to the president for his signature.

“The reason for this inaction has to do with the tension between human rights and neoliberal development models in the Philippines.”

UNICEF had, in its 2016 report, warned that 8 out of 10 children in the Philippines were vulnerable to being victims of online sexual abuse or bullying. A more recent report, published in April 2022 found that in the year leading up to publication, “20% of internet-using children aged 12-17 in the Philippines were victims of grave instances of online sexual exploitation and abuse. This includes being blackmailed to engage in sexual activities, someone sharing their sexual images without permission, or being coerced to engage in sexual activities through promises of money or gifts.”

In an introduction to the report from the Department of Social Welfare and Development and UNICEF, 2 million Filipino children were said to have been “subjected to Online Sexual Abuse and Exploitation”.

Online sexual abuse and exploitation of Children in the Philippines — which UNICEF says in almost all reported cases involves “the production of child sex abuse materials, including live streaming of child sex abuse” — is very gendered; a 2020 study conducted by the International Justice Mission (IJM) found 86% of victims of abuse were girls.
The reasons for this high prevalence are complex and vary from the personal (for example, children who experience bullying are more likely to turn to online “friends”) to the familial (i.e. the level of poverty in the household or access to devices and the internet) and finally, the societal, which covers issues ranging from the “inefficiency of governmental poverty-reduction programs” to “the absence of perceived conflict between sexual exploitation and significant social norms.”

Explaining these social norms, Jean Encinas Franco, Associate Professor of political science at the University of Philippines told CNN: “Filipinos often think that online sexual abuse is not harmful because the predator is not touching the children in reality. So, it doesn’t matter.”

As to why girls are overwhelmingly affected, Encinas Franco added: “It is likely the case that in rural or provincial states which report high cases of online sexual abuse, young boys often go to the farms or help fathers with scavenging goods from garbage. The girls, on the other hand, stay at home.”

Dealing with sexual abuse and exploitation in the Philippines is complicated further by the importance of tech companies to the Philippine economy.

First, the expansion of digitalization efforts, which include building the infrastructure for digital payments, can also facilitate cybercrime. The National Study on Online Sexual Abuse and Exploitation of Children in the Philippines, published in July 2021, noted: “Online payment facilities offered by banks and electronic payment services by mobile phone companies are surfacing as the new mode of monetary exchange for the conduct of OSAEC-related activities.”

More contentiously, most of the researchers and campaigners CNN spoke to felt that the Philippine government wasn’t doing enough to hold the social media platforms companies accountable because of the reliance of the economy on business process outsourcing (BPO) services.

“The reason for this inaction has, quite frankly, to do with the tension between human rights and neoliberal development models in the Philippines,” Alden Sajor Marte-Wood, an assistant professor at Rice University who studies the BPO industry, told CNN.

The BPO industry, also referred to as IT-business process management (IT-BPM), is made up of firms offering outsourced services such as payroll management, accounting, telemarketing, data recording, social media marketing, customer support or content moderation. This huge industry in the Philippines provides services for many of the same online platforms that have been used by those who exploit children.

After decades of encouraging foreign direct investment, a 2020 market report identified the IT-BPM industry as the largest employer in the Philippines, accounting for 1.3 million jobs, and contributing billions of dollars a year to the country’s gross domestic product. The report referred to the industry as a “pillar of the Philippine economy”.
According to the 2022 Roadmap from the IT-Business Processing Association of the Philippines, the sector is expected to generate $40 billion in revenues, 7.6 million direct and indirect jobs, 250,000 jobs outside of the National Capital Region and cover 15% of the total global outsourcing market by the end of 2022.

It is this reliance on the same platforms where so many of these harms take place, that has prompted some to question how effective the new bill will be if it becomes law, as expected.

“The bill represents something of a paradox: it is an attempt to hold online platforms accountable for their role in facilitating online sexual abuse in a country with a domestic economy heavily dependent on the outsourcing of IT-BPO labor like social media content moderation from the global north.”  Marte-Wood told CNN.

“There were proposals from industry that would have the effect of limiting their liability, but these did not make it to the final draft.”

Father Shay Cullen, the founder of PREDA Foundation, a charitable organization which rescues and helps sexually and physically abused children in the Philippines recover, told CNN that the internet service providers also pose a problem. He said he has been campaigning for companies to adhere to already existing legislation: 2009’s Anti-Child Pornography Law which demands that internet service providers install software to block circulation of child pornography on the internet.

Internet service providers are “a very powerful lobby in the country” Father Cullen said, adding that in his experience, these companies would rather pay fines than respect the law.

When the Philippines National Telecommunications Commission in February 2021 issued ‘show cause’ orders against 47 internet service providers for their failure to block child pornography, the companies said other laws, such as the Data Privacy Act, prevent them from monitoring websites.

Attorney Antoni Pauline Pascual, state counsel in the Philippines Department of Justice’s Office of Cybercrime, suggested that the reason for the perceived inaction on the part of the state to hold the social media platforms accountable for online sexual exploitation is because they need these social platforms’ help to curb the violence. Pascual told CNN: “There have been no adversarial actions taken against the online platforms [where] child abuse happens or where such materials are distributed as their cooperation is vital to conduct investigations of perpetrators.”

Jaye de la Cruz Bekema, an attorney in the office of Senator Risa Hontiveros who drafted the legislation, acknowledged that “there were a few proposals from industry that would have the effect of limiting their liability, but these proposals did not make it to the final draft.” She described conversations with online platforms as in large part collaborative and helpful, which she hopes will make the law easier to implement for whomever comes in as the next president of the Philippines. “Our bill went through a process of heavy stakeholder consultations, primarily with implementors on the ground,” she told CNN.

The bill is likely to be the last one to be signed by Philippines’ outgoing president and strongman Rodrigo Duterte.
Despite the prevalence of online sexual abuse, the leading contender in the presidential race — Ferdinand ‘Bongbong’ Marcos Jr — has not made this a key election issue. The focus, Encinas-Franco says, has predominantly been on pandemic recovery, how to deal with high inflation and equally high unemployment rates.
Also running for president is current Vice President Leni Robredo who has spoken on the campaign trail about providing economic opportunities for survivors of gender-based violence.
Robredo’s daughter own daughter is currently embroiled in a scandal in which allegedly fake videos of her “in a scandalous pose or act” are currently being circulated on porn sites and on social media platforms. While a letter from the young woman’s lawyers to the National Bureau of Investigation says they are asking for the matter to be investigated not just for this victim “but for all those who could be victimized by these online predators”, Leni Robredo hasn’t drawn attention to the new bill or to the need for accountability of the social media platforms which form a large chunk of the BPO services that Filipinos earn their livelihoods from.

Whoever wins the presidential race, Marte-Wood remains sceptical. He doubts “change in presidential administration can adequately address these fundamental tensions between platform capitalism and human rights in the Philippines,” he told CNN, adding that there is a “very real possibility of capital flight or economic retaliation from these same platforms — the very companies that have now become central drivers of the BPO industry in the Philippines.”

While the Senate’s version of the bill has 21 actions that have been listed as unlawful or prohibited in the Anti-Sexual Abuse or Exploitation of Children Bill — can any of them be used to hold social media companies and tech companies whose infrastructure is used to facilitate sexual abuse and exploitation accountable?
Encinas Franco believes the new legislation could instead criminalize mothers who despite often acting as facilitators for the crime, (the 2020 IJM report found 66% of the traffickers were women and 41% were biological parents), are also themselves victims of a society where their opportunities to earn a living, come out of poverty and live equally are limited.
“Though a great initiative, this bill, I worry, might become somewhat a little like Duterte’s war on drugs: catch whoever you can, to show the accomplishment,” Encinas Franco said. Unless online sexual abuse is looked at as a systemic problem and more people find other sources of livelihood opportunities, she said, “I doubt the problem would be completely eradicated.” 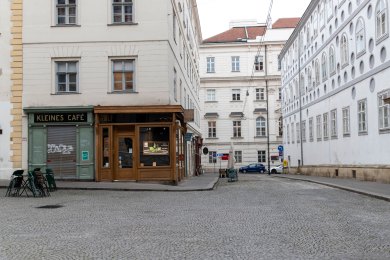 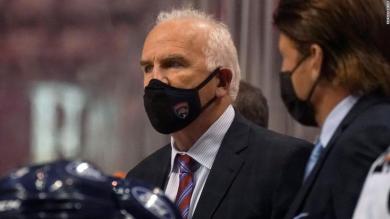 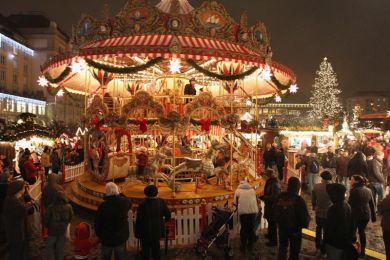 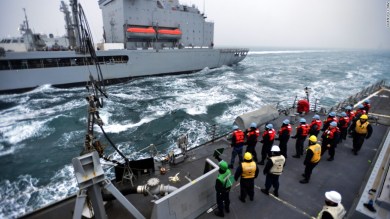 US and South Korea – CNNPolitics