Every American could get hurt if the new hardline Republican House’s dangerous game of roulette with a still vulnerable economy backfires.

The nation reaches a first, critical threshold Thursday in the brewing Washington showdown over the national debt that could define the tenure of the new GOP majority and the final two years of President Joe Biden’s term.

Republicans are demanding significant spending cuts in return for fulfilling the routine duty of allowing the government to borrow more money after its credit limit is reached. But the White House is refusing to negotiate. If the standoff lasts until a drop-dead date in the summer, it could trigger a financial and stock market cataclysm and crash the retirement savings of millions. The government might also not have enough cash to pay Social Security payments, federal workers or veterans’ benefits.

Officially, the Treasury is expected to reach its $31.4 trillion dollar borrowing limit on Thursday, but it plans to take extraordinary budgeting measures to stave off disaster until June. Until that deadline looms, neither side is likely to budge.

Since the government spends more than it makes in revenue, it must borrow money to service its debt and pay for spending that Congress has already authorized. It has no problem getting more credit since the US always pays its bills and has always had a stellar credit rating, despite one previous downgrade from the threat of default.

But it’s no way to run an economy. Or a country.

This year’s debt ceiling showdown could be the riskiest yet, since Kevin McCarthy offered radical conservatives whose votes he needed to become House speaker guarantees that the debt ceiling would not be raised without significant cuts to government spending.

Things could go off the rails because, essentially, Republicans are seeking to use the need to pay for past spending to force cuts in future spending. Raising the debt ceiling has been fraught in recent years when there’s a Democrat in the White House and Republicans control either chamber of Congress. Adding a strong whiff of hypocrisy to the standoff, the GOP has typically had no problem doing so under big-spending Republican presidents and suddenly develops a compulsion to ensure fiscal discipline when there’s a Democrat in the Oval Office.

And now it’s far from clear that McCarthy can deliver. Given his willingness to do anything to placate hardliners to win his job, alarm bells are ringing from Wall Street to Washington about what might happen.

It may be impossible for the California Republican to both raise the debt ceiling and keep his job – and the country is heading to a fiscal cliff edge as a result.

The opening exchanges in what is expected to be an acrimonious confrontation over debt broke out on Wednesday when hardline Arizona conservative Rep. Andy Biggs suggested he was willing to tank the economy to keep a promise to voters.

“We cannot raise the debt ceiling,” Biggs wrote on Twitter. “Democrats have carelessly spent our taxpayer money and devalued our currency. They’ve made their bed, so they must lie in it.”

The comment ignores the fact that a large chunk of the debt the government now needs to pay for was accrued during the Trump administration. It also offered the White House an opening to launch what will be a monthslong campaign to level blame for a coming fiscal standoff on the GOP and to raise the pressure on McCarthy.

“Default would needlessly plunge the country into economic chaos, collapse, and catastrophe while giving our competitors like China an historic boost against us,” Bates continued. “That’s why congressional Republicans – with strong bipartisan support from Democrats – avoided default 3 times under Donald Trump, without conditions or playing chicken with our credit rating. This president and the American people will not stand for unprecedented economic vandalism.”

The gulf between the two statements encapsulates the high stakes gamble each side is taking. Most Republicans know they’d probably get the blame for an economic meltdown caused by failing to raise the debt ceiling but are betting that because the consequences would be so severe, the White House will fold. The administration – in staking out its position that it will make no concessions – is implicitly wagering that the fury and political damage that the GOP would sustain by failing to act is so bad ahead of the 2024 election that McCarthy will blink.

There’s an analogy to nuclear deterrence – the consequences of using the ultimate weapon are so horrendous and self-defeating that neither side believes the other would risk it. Or would they?

What makes the current standoff so perilous is that it can’t be assumed that every Republican wants to avoid fiscal Armageddon. The extreme Trump wing of the party, which holds considerable power in the House given the narrow GOP majority, includes members who seem quite prepared to blow up the country’s economic and political system and see where the pieces fall.

Of course, McCarthy could make this a lot easier and piece together a coalition that includes moderate Republicans who have no wish to crash the economy and Democrats. But since he handed hardliners the capacity to write his political obituary – allowing a return to a rule that lets a single lawmaker call for a vote to oust him – he’s unlikely to survive the consequences of constructing an end run around his party’s extremists.

The speaker seemed to be trying to take down the temperature of the showdown this week, even as the more extreme members cranked it up, although he also issued a warning that the White House must negotiate spending cuts.

“If you had your child and you gave him a credit card, and they kept raising it, and they hit the limit so you’ve just raised it again, clean increase, and again and again. Would you just keep doing that? Or would you change the behavior?” he said. “We’re six months away? Why wouldn’t we sit down and change this behavior so that we would put ourselves on a more fiscally strong position?”

That might sound reasonable. But Congress almost never does anything six months before a deadline.

Still, it might seem appropriate to many Americans that the Republicans – who won the House majority, just barely, in the November midterms partially on a platform of cutting spending – should use the leverage they have to deliver for their voters.

“The fastest way to guarantee that we have debt rating problems is to keep spending money we don’t have and keep piling up debt and that’s what we’re doing,” Texas Rep. Chip Roy, who extracted major concessions from McCarthy in the speakership race, told CNN’s Jake Tapper earlier this month.

The consequences of using a debt ceiling fight to make this point are huge, however, given the pain that would follow a debt default. And Republicans could instead wage this battle in the normal budgetary process, which might risk a government shutdown but may not tank the economy so quickly.

The White House is also on a strategic political knife-edge. Biden knows that if he bows to pressure from the Republican House on this issue, he will be held to ransom on everything and the domestic portion of his presidency will effectively be over. And Senate Democrats, who control the chamber after adding a seat to their own wafer-thin majority in the midterms, see no reason why they should be jammed by the House. Senate Majority Leader Chuck Schumer of New York is already laying the blame for any financial meltdown at the hands of the GOP.

“America pays its debts. Period. There should be no political brinkmanship with the debt limit. It’s reckless for Speaker McCarthy and MAGA Republicans to try and use the full faith and credit of the United States as a political bargaining chip,” Schumer said in a statement Tuesday. “A default would be catastrophic for America’s working families and lead to higher costs.”

Democrats have also long chafed at the results of an agreement between President Barack Obama and then-Republican House Speaker John Boehner in 2011 to defuse an earlier showdown over raising the debt ceiling. The two men agreed to a deal for future spending cuts that were so painful to each party’s priorities that it was assumed the two sides would be bound to eventually reach agreement to cancel them. But with Washington being Washington, the accord never materialized and the spending caps lingered for years, causing particular headaches for the Pentagon.

Even that kind of imperfect deal to head off a debt default looks impossible in the current circumstances in desperately divided Washington.

The fate of the economy may rest on McCarthy’s capacity to deliver his fractious conference to some kind of compromise – a feat that after his chaotic and desperate bid to win the speakership may be beyond him. 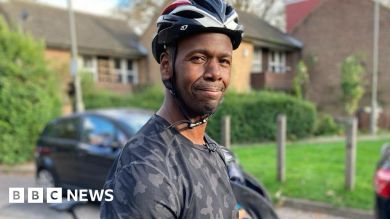 Air pollution: 'My child is fighting for breath' 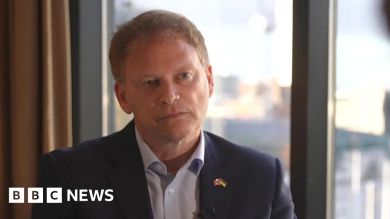 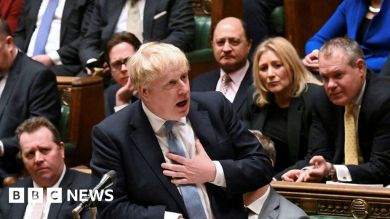 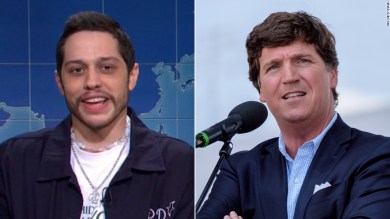