The slow response, exacerbated by international sanctions and decades of mismanagement, concerns people working in the humanitarian space, like Obaidullah Baheer, lecturer in Transitional Justice at the American University of Afghanistan. “This is a very patchwork, band-aid solution for a problem that we need to start thinking (about) mid to long term… what do we do when (another disaster) hits?” he told CNN by phone.

The magnitude 5.9 quake struck during the early hours of Wednesday near the city of Khost by the Pakistan border and the death toll is expected to rise as many of the homes in the area were flimsily made out of wood, mud and other materials vulnerable to damage.

Humanitarian agencies are converging on the area, but its remote location has complicated rescue efforts.

The United Nations Refugee Agency (UNHCR) has successfully dispatched humanitarian aid and assistance to families in Paktika and Khost provinces to cover the needs of about 4,000 people, a spokesperson for UN Secretary General António Guterres said during a Thursday press briefing.

He added that the World Food Program (WFP) has confirmed stocks of food will be able to serve at least 14,000 in the hardest-hit Paktika province.

The quake coincided with heavy monsoon rain and wind between June 20 and 22, which has hampered search efforts and helicopter travel.

As medics and emergency staff from around the country attempt to access the site, help is expected to be limited as a number of organizations pulled out of the aid-dependent country when the Taliban took power in August last year.

Those that remain are stretched thin. On Wednesday, the World Health Organization (WHO) said it had mobilized “all of the resources” from around the country, with teams on the ground providing medicine and emergency support. But, as one WHO official put it, “the resources are overstretched here, not just for this region.”

The international community’s hesitancy to deal with the Taliban and the group’s “very messy bureaucracy where it becomes difficult to gain information from one source” has led to a communication gap in the rescue efforts, Baheer — who is also the founder of aid group Save Afghans from Hunger — said.

“At the core of everything is how the politics has translated into this gap of communication, not just between countries and the Taliban, but international aid organizations and the Taliban as well,” he added.

Baheer gives an example of how he has been acting as a conduit of information with the WFP and other aid organizations, informing them that Afghanistan’s Ministry of Defense were offering to airlift aid from humanitarian organizations to badly hit areas.

In the meantime, some people spent the night sleeping in makeshift outdoor shelters, as rescuers scoured for survivors by flashlight. The United Nations says 2,000 homes are thought to have been destroyed. Pictures from the badly hit Paktika province, where most of the deaths have been reported, show homes reduced to dust and rubble.

Hsiao-Wei Lee, WFP deputy country director in Afghanistan, described the situation on the ground as “very bleak,” where some the villages in heavily affected districts “are completely decimated or 70% are collapsed,” she said.

“There will be months and potentially years of building back,” she said. “The needs are so much more massive than just food… It could be shelter for example, to be able to facilitate the movement of that food as well as the customs clearance, logistics would be helpful.”

The government has so far distributed food, tents, clothing, and other supplies to the quake-hit provinces, according to Afghanistan’s Ministry of Defense’s official Twitter account. Medical and relief teams deployed by the Afghan government are already present in the quake-hit areas, and attempting to transport the wounded to medical facilities and health centers by land and air, it added.

‘Carpet sanctioning a whole country and a whole people’

Although the economic crisis in Afghanistan has loomed for years, the result of conflict and drought, it plunged to new depths after the Taliban takeover, which prompted the United States and its allies to freeze about $7 billion of the country’s foreign reserves and cut off international funding.

The US no longer has a presence in Afghanistan following the hasty withdrawal of its troops and collapse of the previous US-backed Afghan government. Like nearly all other nations, it does not have official relations with the Taliban government.

Sanctions have crippled the Afghan economy and sent many of its 20 million people into a severe hunger crisis. Millions of Afghans are out of work, government employees haven’t been paid, and the price of food has soared.

Humanitarian aid is excluded from sanctions, but there are impediments, according to draft remarks by Martin Griffiths, head of the UN Office for the Coordination of Humanitarian Affairs (OCHA), ahead of a UN Security Council in the situation in Afghanistan.

This includes a major need in funding, Taliban authorities “seeking to play a role in the selection of beneficiaries and channeling assistance to people on their own priority lists,” and the “formal banking system continues to block transfers,” he writes.

This means “around 80% of organizations (who responded to OCHA’s monitoring survey) are facing delays in transferring funds, with two thirds reporting that their international banks continue to deny transfers. Over 60% of organizations cite lack of available cash in-country as a programmatic impediment.”

Baheer says sanctions “are hurting us so much” that Afghans are struggling to send money to families affected by the earthquake.

“The fact that we barely have a banking system, the fact that we haven’t had new currency printed or brought into the country in the past nine to 10 months, our assets are frozen… these sanctions don’t work,” he said.

He added: “The only sanctions that make moral sense is targeted sanctions on specific individuals rather than carpet sanctioning a whole country and a whole people.”

While “sanctions have affected a lot of the country, there’s an exemption for humanitarian aid so we’re getting it in to support those most in need,” Mort, from UNICEF, told CNN.

The Taliban “isn’t preventing us from distributing anything like that, on the contrary they are enabling us,” she added.

Experts and officials say the most pressing immediate needs include medical care and transportation for the injured, shelter and supplies for the displaced, food and water, and clothing.

The UN has distributed medical supplies and sent mobile health teams to Afghanistan — but warned that it does not have search and rescue capabilities.

Baheer told CNN on Wednesday that the Taliban were only able to send out six rescue helicopters “because when the United States was leaving it disabled most of the aircraft whether it belonged to Afghanistan forces or to them.”

Pakistan has offered to help, opening border crossings in its northern province of Khyber Pakhtunkwa and allowing injured Afghans to come into the country visa-free for treatment, according Mohammad Ali Saif, a regional government spokesperson.

“400 injured Afghans have moved into Pakistan this morning for treatment and a stream of people is continuing, these numbers are expected to rise by the end of day, Saif told CNN.

Pakistan has kept a tight limit on Afghans entering the country via the land border crossing since the Taliban took power.

Tags
Afghanistan earthquake: 'What do we do when another disaster hits?' Afghans face crises on all fronts - CNN asia
20 hours ago 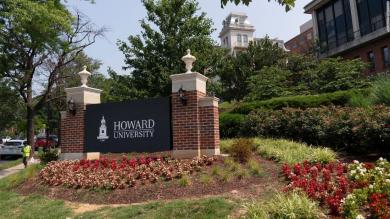 HBCUs receive bomb threats for second time in a month 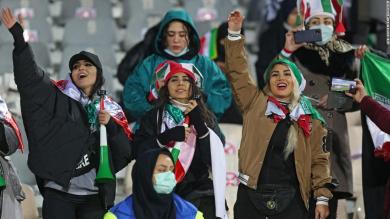 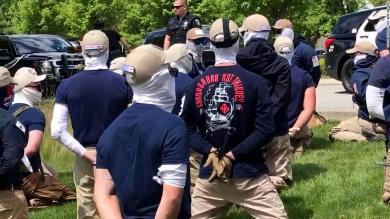 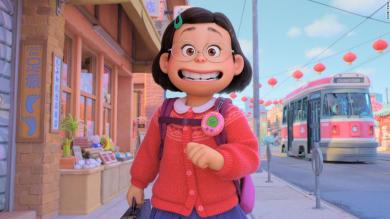