“I realize I’m in the crosshairs of the woke mob right now,” Rodgers said. “So, before my final nail gets put in my cancel culture casket, I think I would like to set the record straight on so many of the blatant lies that are out there about myself.”

Rodgers said the media was on a “witch hunt” to find out which players were vaccinated and blamed reporters for him saying he was “immunized” back in August.

The quarterback will not play in the Packers game against the Kansas City Chiefs this weekend due to Covid-19 protocols, the team’s head coach Matt LaFleur announced Wednesday.

Quarterback Jordan Love, the Packers’ first-round pick in 2020, will make his first career start in the regular season.

The 37-year-old Rodgers said if any reporter would have asked a follow-up question, he would have explained he’s “not an anti-vax flat earther,” but that he’s a “critical thinker.”

Rodgers added he has been following the strict NFL protocols for unvaccinated players to a “T.” Rodgers described the daily testing he is subjected to every day, even on off days, and believes the rules are in place to shame unvaccinated people. Rodgers says he has been tested over 300 times before testing positive this week.

Rodgers said he experienced some mild symptoms for roughly 48 hours but currently “feels really good” He wasn’t certain when he would return to the field or what protocols were in place for him now that he tested positive for Covid-19.

Rodgers said, “The vaccines do offer some protection for sure but there is a lot we don’t know about them. … There is a lot to natural immunity. … If you have gotten Covid and recovered from it, that’s the best boost to immunity you can have.”

Rodgers is not incorrect in thinking people who have recovered from Covid-19 have some immunity — but it’s not nearly as much immunity as vaccinated people have. A team of researchers led by the US Centers for Disease Control and Prevention reported in October that vaccination protects people against coronavirus infection much better than previous infection does.

“All eligible persons should be vaccinated against COVID-19 as soon as possible, including unvaccinated persons previously infected with SARS-CoV-2,” the researchers wrote in the CDC’s weekly report, the MMWR.

In August, Rodgers was asked whether he had received the Covid-19 vaccine. Rodgers said he had been “immunized.”

The NFL said it is reviewing the situation. A league spokesperson told CNN in a statement, “The primary responsibility for enforcement of the Covid Protocols within Club facilities rests with each Club.

“Failure to properly enforce the protocols has resulted in discipline being assessed against individual Clubs in the past. The league is aware of the current situation in Green Bay and will be reviewing with the Packers.”

CNN’s Steve Almasy and Maggie Fox contributed to this report. 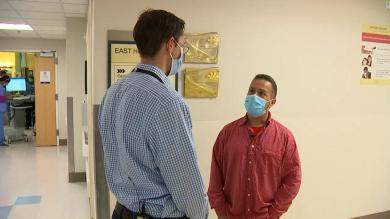 COVID survivor revisits Washington hospital to apologize for being unvaccinated 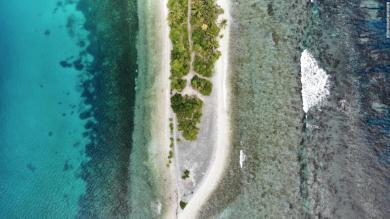 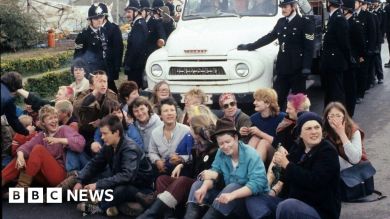 Greenham Common: The women who fought to ban the bomb 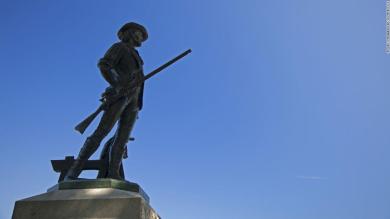